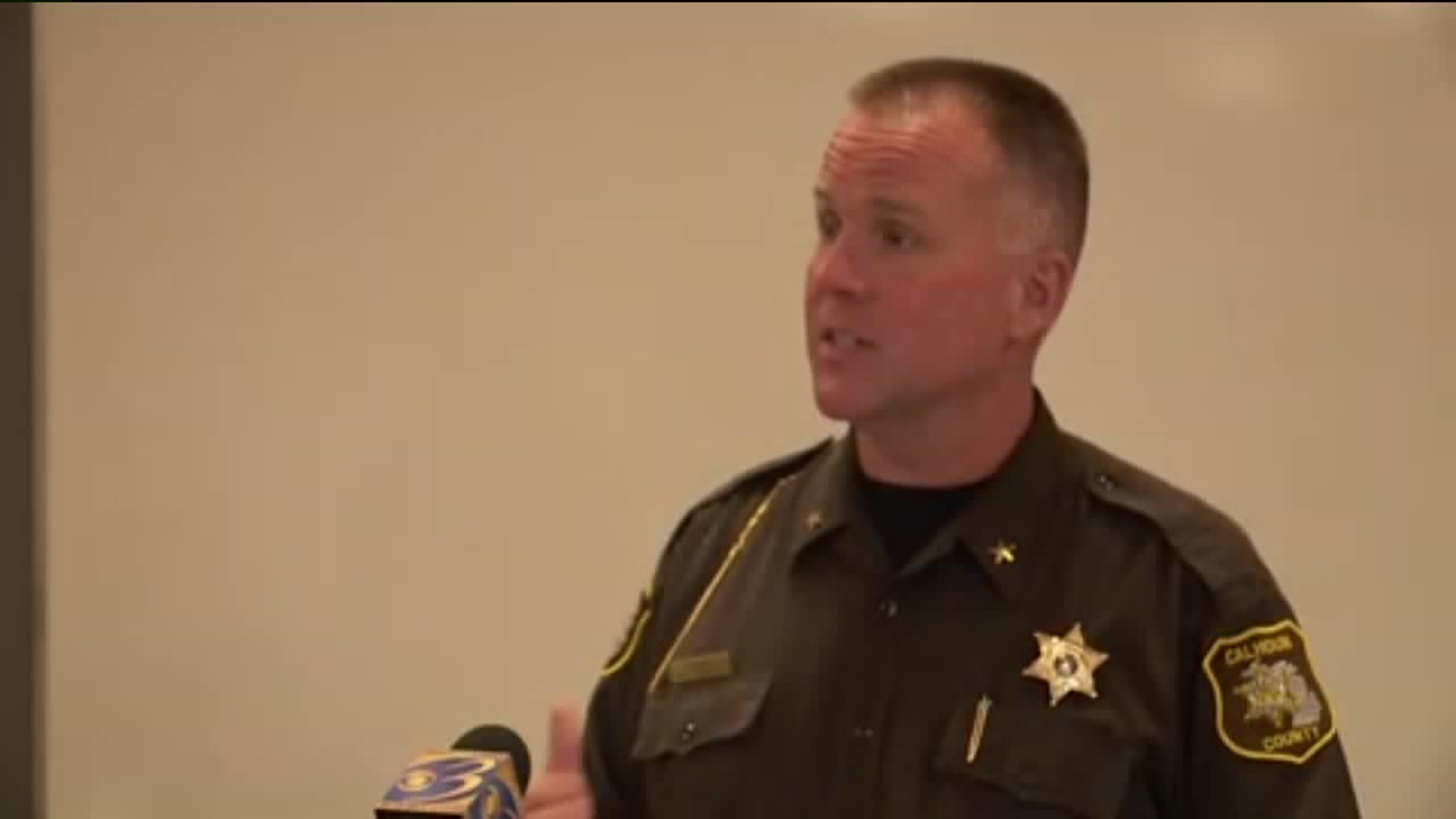 BATTLE CREEK, Mich. — A boy is dead after a collision with a sheriff's deputy in Calhoun County.

It happened Tuesday night just after 9:30 p.m. near the intersection of Michigan Avenue and Lenon Street in Battle Creek.

The Calhoun County Sheriff's Office says it was responding to reports of a burglary in progress in Springfield when one of its deputies collided with a 11-year-old boy riding a motorized bike.

Sheriff Matt Saxton said Wednesday morning that the deputy's patrol car was responding to the burglary call without its lights and sirens on. The motorized bike was described as a "pocket bike" and also did not have lights and is not made for the road.

The boy was taken to Bronson Hospital in Kalamazoo where he died from his injuries. He was a student in a Battle Creek Public School and the district was notified of his death and have had counselors available for classmates.

On Wednesday, the boy's mother said in a Facebook post that her son Norm died in the crash.

The identities of the boy and the deputy have not been released. Saxton says he has been in contact with the boy's parents and the department "grieves with them."