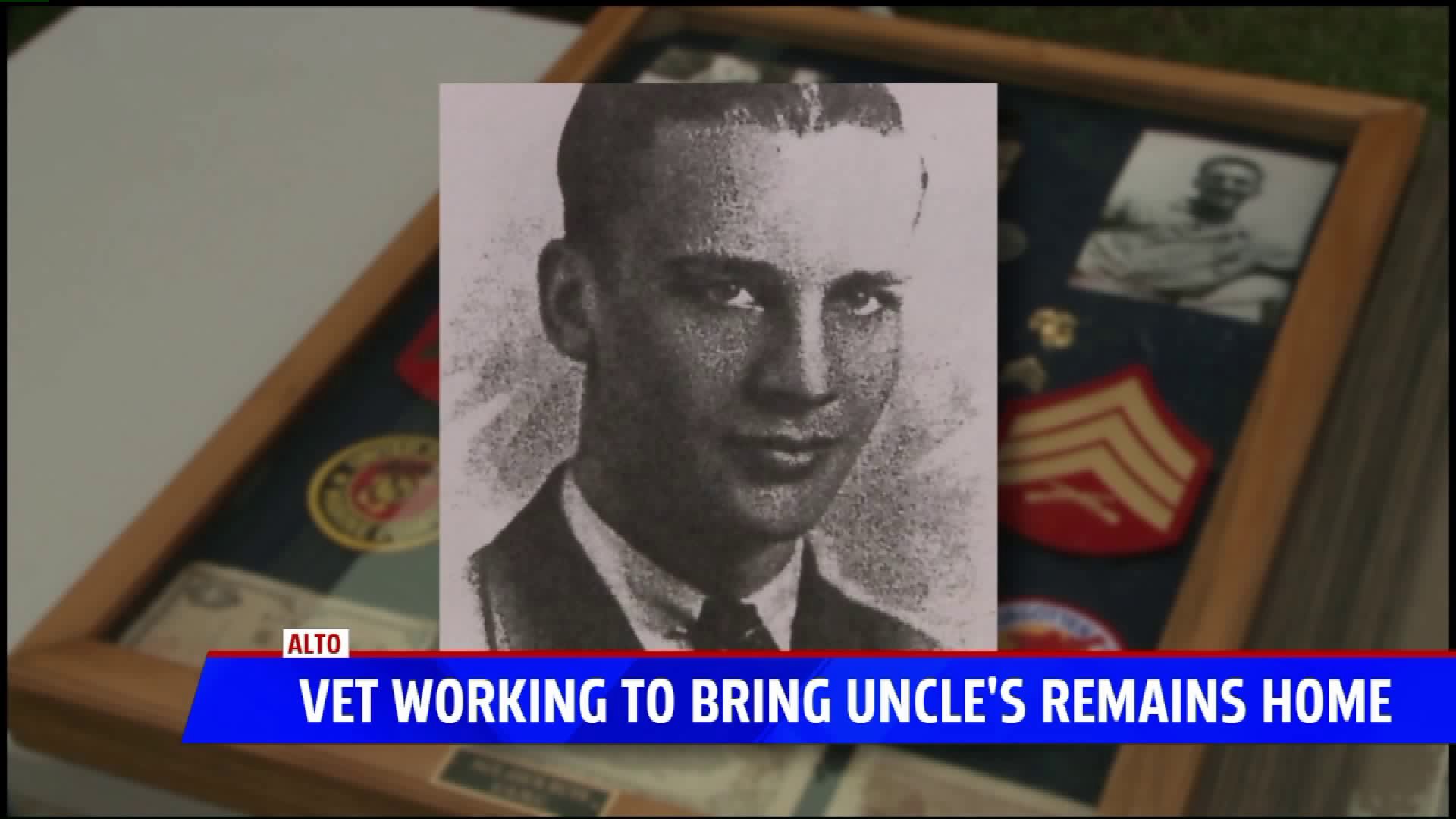 BOWNE TOWNSHIP, Mich. — A veteran in West Michigan is working to bring home the remains of a family member killed overseas decades ago.

Robert Buys comes from a long line of military service members. His grandfather and father served their country during wartimes. His father was honorably discharged a few months early because of a family connection to the family of then-Congressman Gerald Ford.

“Congressman Gerry Ford pulled some strings and got my dad to come home early. My grandmother used to babysit for the Ford family and do some house cleaning, so Gerry Ford of course knew her,” Buys said.

Buys and his twin brother joined the Navy while the country was engaged in the Vietnam War.

But there is a tragic mystery surrounding another military member of Robert's family. His Great Uncle James Swartz was shot down over the Philippines in 1942.

"And the Japanese took him prisoner and marched him in the Bataan Death March. That’s what it was called because many service men died in that march. He survived that. He was put in one of the worst Japanese P.O.W. camps in the Philippines," Buys says.

Swartz later died at that camp. He is believed to be buried there in a mass grave.

But in 2017, Buys got a stunning letter in the mail.  The U.S. government was asking him to send them a DNA sample.

Genealogists were working through mass graves in the Philippines and hoped to use Buys’ DNA to identify the body of James Swartz.

“He has one living sister, but her DNA would not be a close enough match,” he said. “They wanted a male living relative for the DNA.”

Buys has sent back the saliva swabs and is now waiting to hear good news about the great yncle he never met.

“The thing I hope for the best is they can bring them through the airport, and I can be there to receive them. I’ll put my dress blues on and gladly receive them and then make sure they get buried in a military ceremony.”