Former teacher: Boy hit, killed was going to be ‘something someday’ 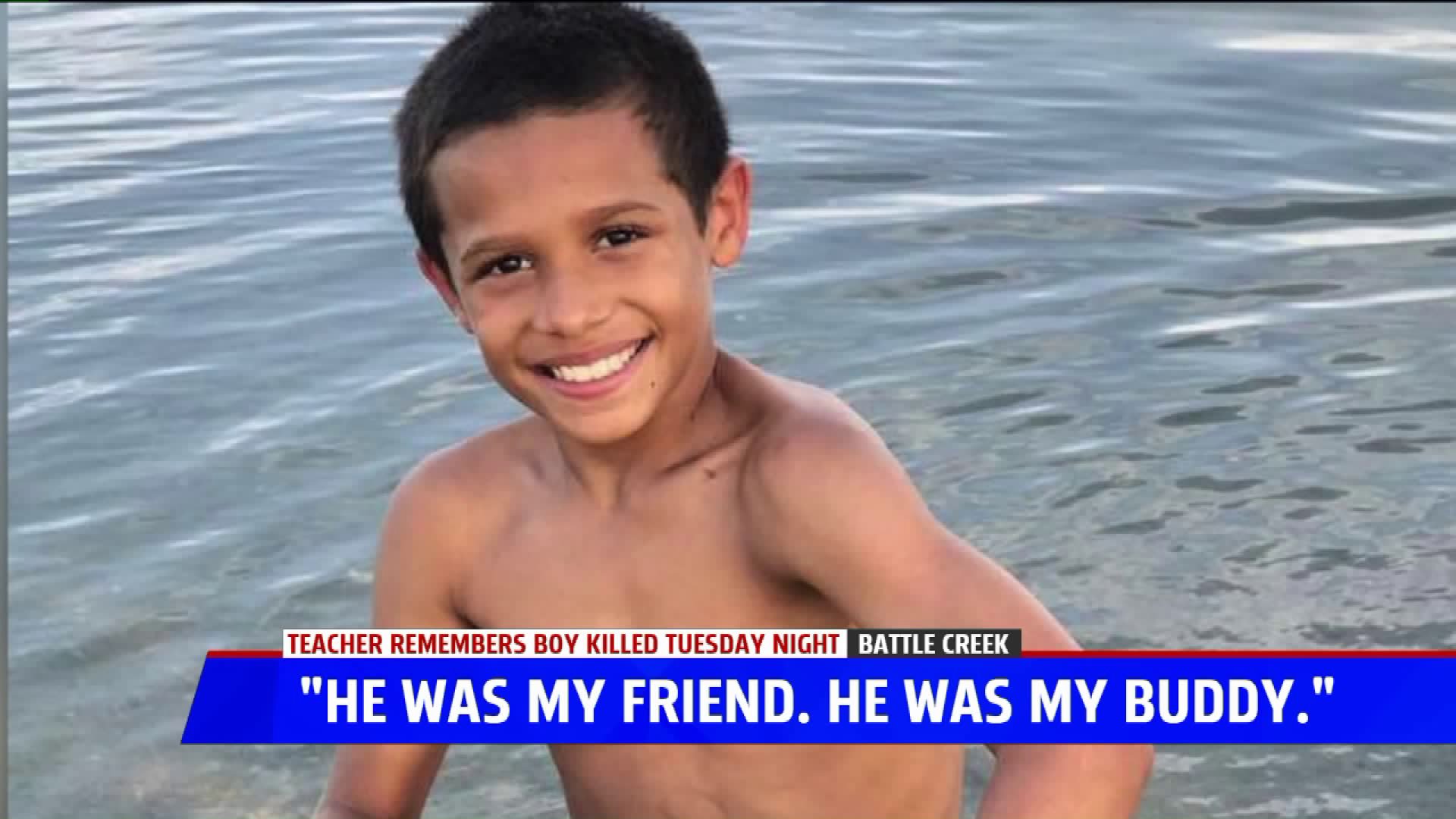 BATTLE CREEK, Mich. — The mother of the 11-year-old boy hit and killed by a Calhoun County deputy said "she has no words and no answers" for what happened to her son.

The mother identified the victim as her son Norm, who was killed in a crash Tuesday night near the intersection of Michigan Avenue and Lenon Street in Battle Creek.

Calhoun County Sheriff Matt Saxton said Wednesday morning the deputy was responding to a burglary call without lights and sirens on. The boy was riding a motorized bike when he was hit by the cruiser. He was later pronounced dead at Bronson Hospital in Kalamazoo.

Mavis Perez taught Norman in first and third grades while he was a student at Endeavor Charter School. He was one of the few students she formed a special bond with.

"He was my friend," said Perez. "He was my buddy, and I feel really close to the family."

Usually, he was a typical boy who would rather be outside than be in the classroom.

"Those will be the times that I hold dearest, the times that he was a wet, sweaty, stinky little boy ... when he was having the best times of his life, never thinking about tomorrow," said Perez. "That's what I am going to hold the dearest in my heart."

Perez, like many in the community, are mourning a life taken far too soon. She had hoped to one day be invited to his graduation or see the path he took in his bright future.

"He definitely was going to grow up to be something someday," said Perez. "I looked forward to seeing that."

A small memorial has been set up at the intersection where the collision happened.

There is a GoFundMe set up to help cover funeral costs.