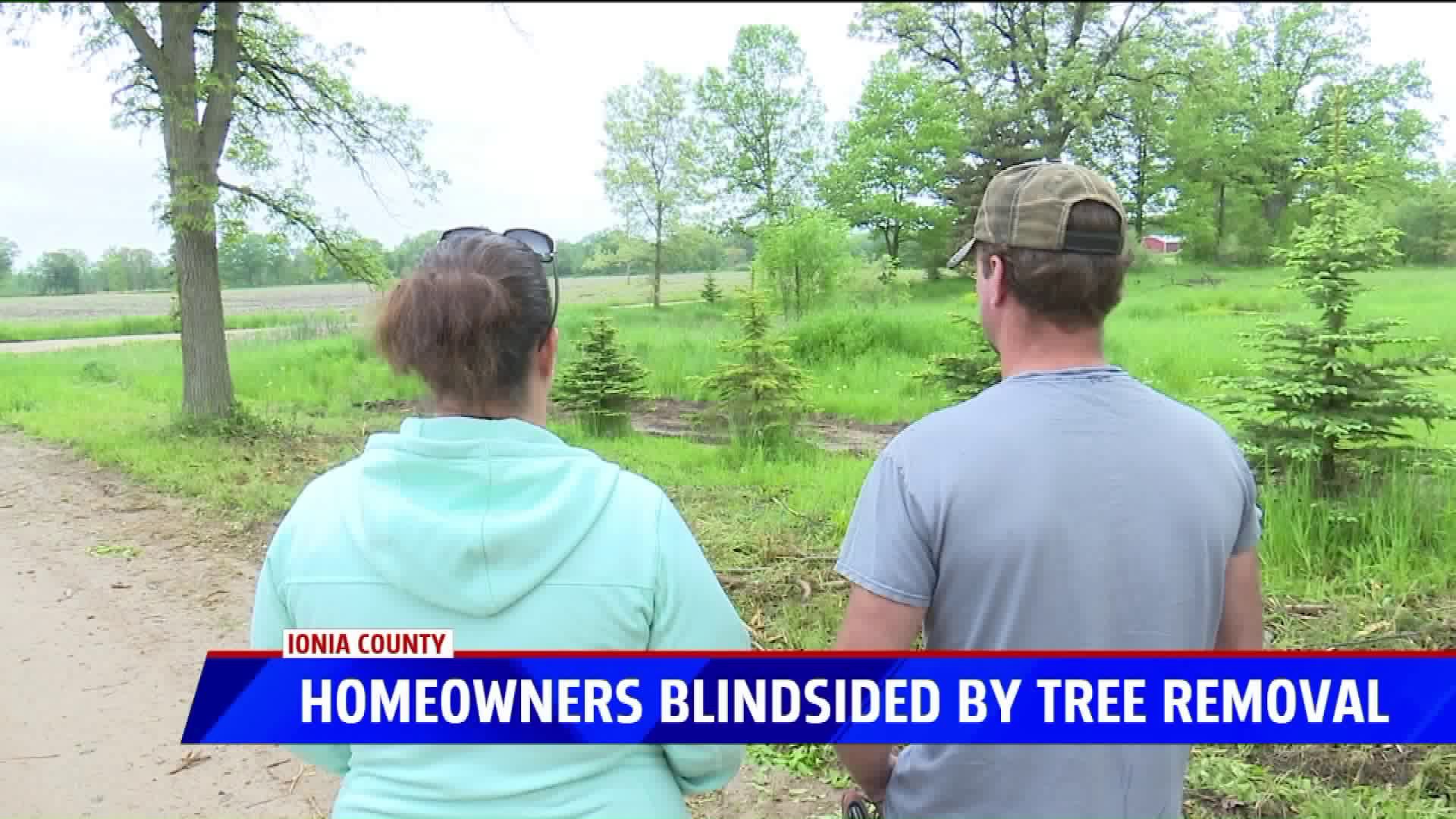 ORLEANS TOWNSHIP, Mich. — An Ionia County family is considering legal action after they say the road commission cut down trees in their yard without notice.

Dia and Brett Graham said several 7-foot pine trees sat in their yard for seven years until they saw them being chopped down Tuesday morning.

“I was yelling, screaming, asking him to stop,” Dia Graham said.

The Ionia County Road Commission said the trees were taken down because of right-of-way regulations that require it to maintain 33 feet of space on either side of the road. That responsibility includes clearing brush and cutting trees.

The Grahams said Tuesday was the first time they’ve heard of the trees’ placement as a problem. They also said there are still bigger trees closer to the road that are still standing.

"We did not know that until yesterday. But like I said, if they would've (given) us notice we would've transplanted them,” Dia Graham said. “It would've probably been at least 20 years before they would've ever became a problem."

She said she hopes other people aren’t put in their situation in the future.

"Hopefully before they do this to somebody else they give notice. Give them a chance to move their trees before they just take them out, I mean that's at least a couple of thousand dollars’ worth of trees," Brett Graham said.