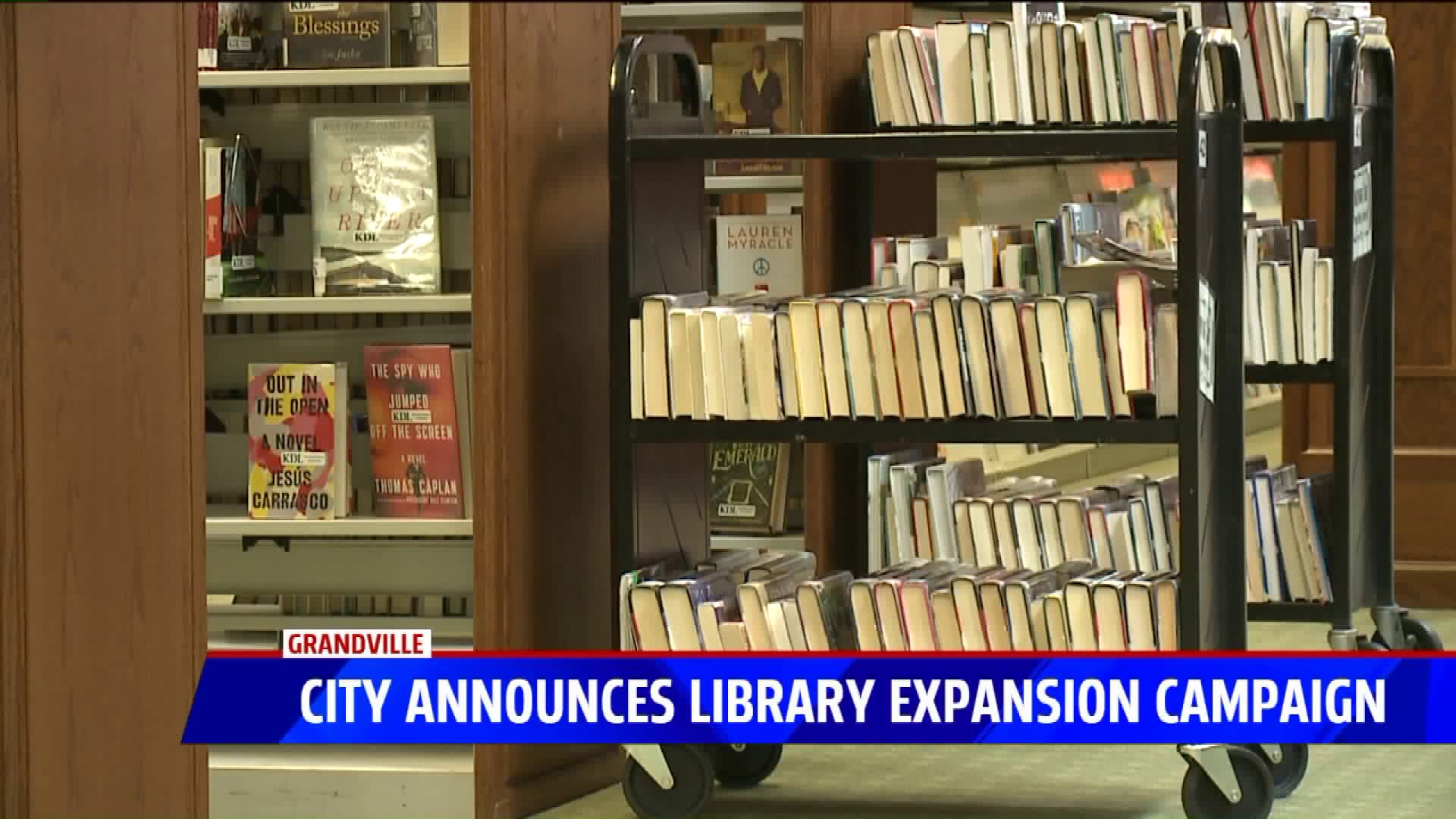 GRANDVILLE, Mich. -- A fundraising effort is underway to help in the expansion of one of the busiest libraries in Kent County.

The City of Grandville and Grandville branch of the Kent District Library have announced plans to expand.

They have teamed up to launch the  "Building Beyond Books" campaign which is an effort to raise a $1M to renovate, and expand the library, which has served the area with books and other resources for nearly 70 years.

The city manager says the expansion will provide much needed space for regular programming.

"The library is out of space for programming basically, and we`re looking to add about 8,000 square feet," he said.

A majority of the estimated $5M project is being covered by the city with officials hoping the fundraising campaign will be able to secure the rest.

More than 250,000  people visit the Grandville library each year making it one of the busiest in the Kent District Library System.