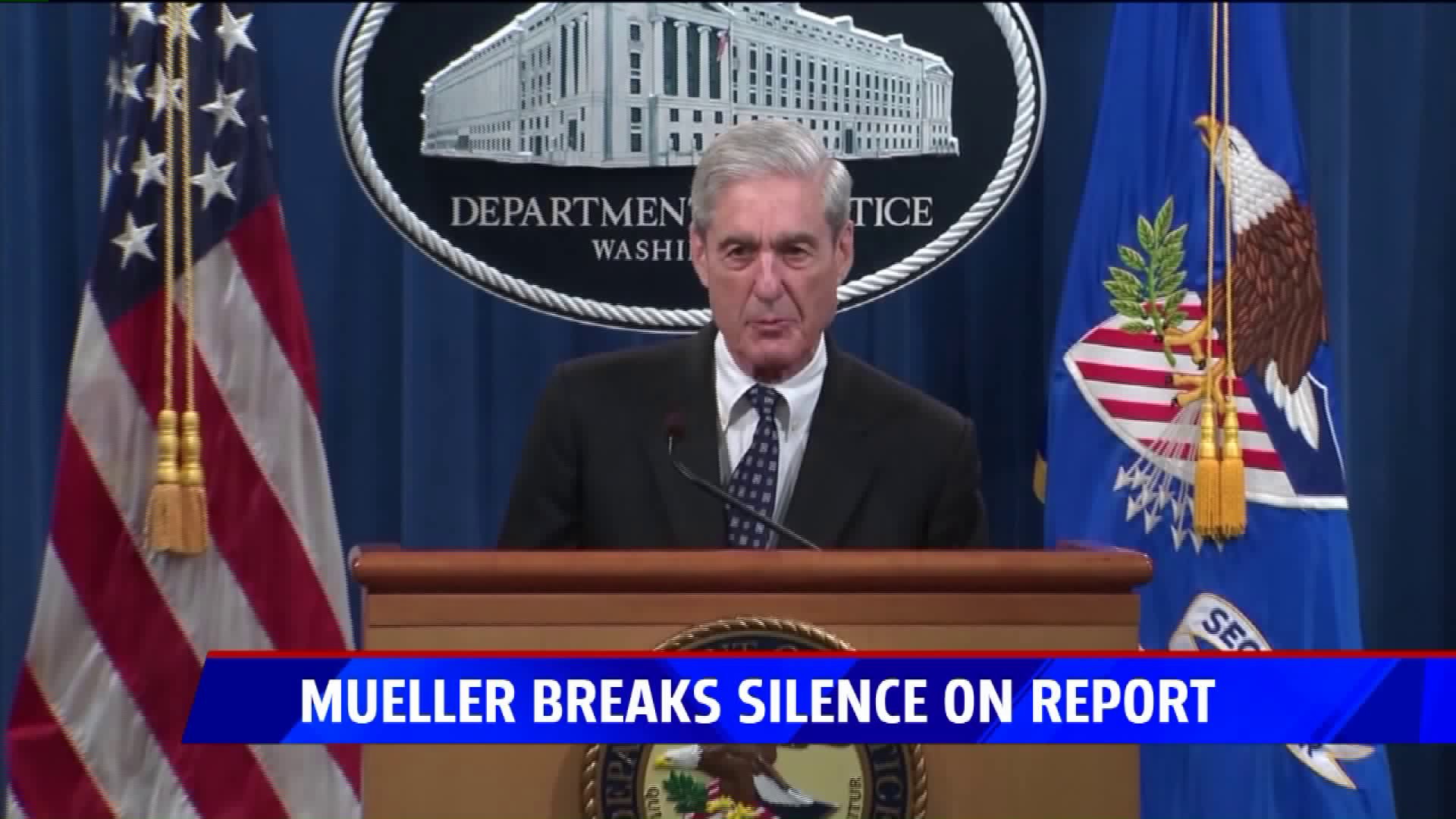 WASHINGTON (AP) — Special counsel Robert Mueller said Wednesday he believed he was constitutionally barred from charging President Donald Trump with a crime but emphasized that his report did not exonerate the president.

The comments at an extraordinary press conference were Mueller's first public statements since his appointment as special counsel two years ago.

The statement came amid demands for Mueller to testify on Capitol Hill about his findings and tension with Attorney General William Barr.