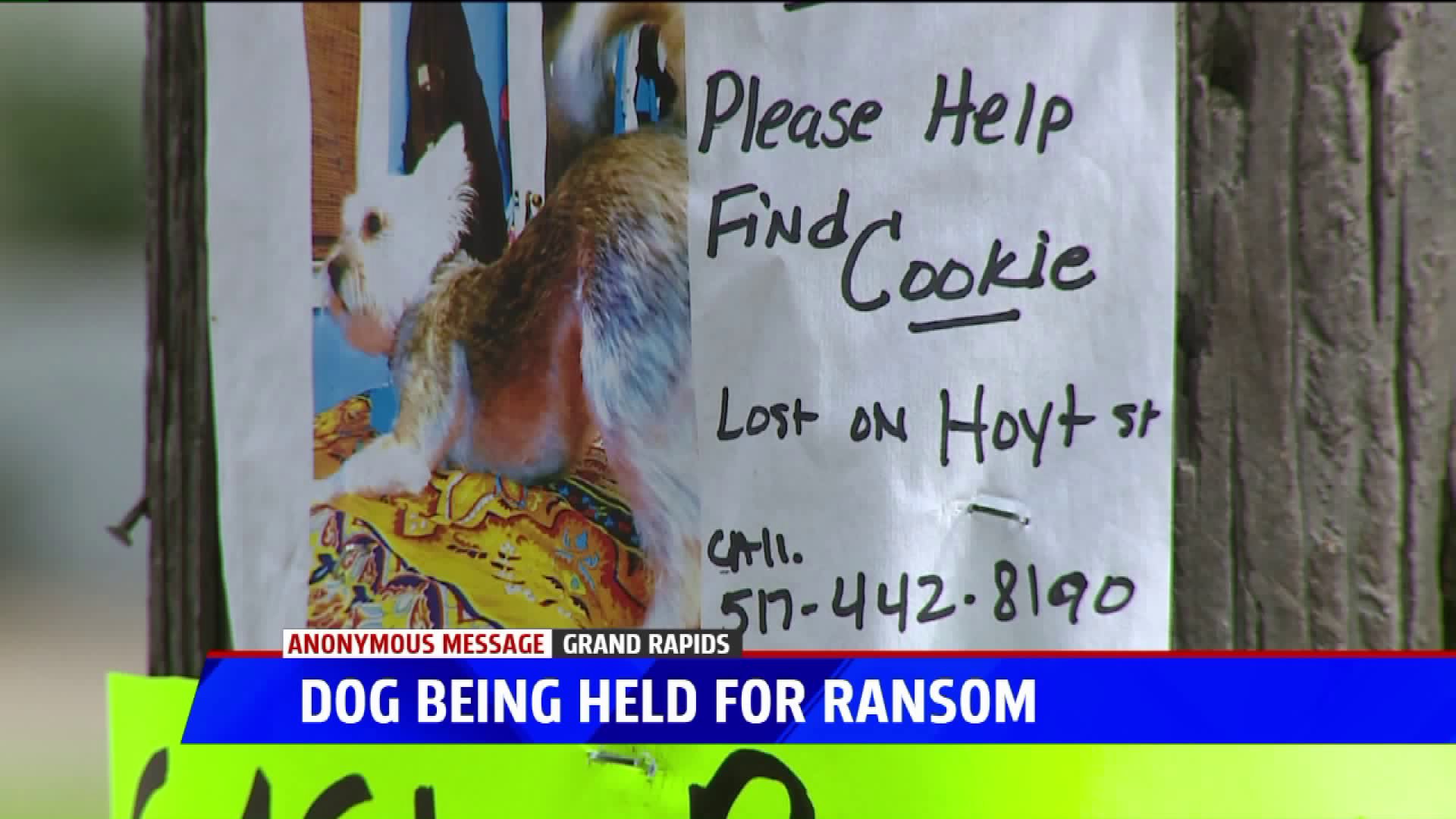 GRAND RAPIDS, Mich. -- An anonymous caller claims she is holding a dog for ransom until the rightful owner pays for "reimbursement."

A neighbor brought back Goliath, but Cookie hasn't been seen since.

"We've tried everything," said Sarabia. The family has put up signs in the neighborhood, posted on social media and checked local shelters.

No one had seen Cookie since she disappeared. Then, Sarabia received an unusual voicemail from a caller on a restricted number.

The woman demanded reimbursement for pet supplies, room and board. The caller explained that she spent a lot of her "prescription money" on the animal. If she didn't pay up, the caller said she would be forced to sell Cookie to reimburse herself.

"It was pretty hard to hear that," said Sarabia. "You know, animals are like your family. So it was tough hearing that."

The caller never named a price to return the dog to its rightful owner.

Sarabia says she's not sure if the call is a scam or the woman behind the message actually does have Cookie.

"Whatever this person did to me, to us, to Cookie -- it's not right," said Sarabia. "I want everybody to keep their eyes out for Cookie or for their own pups as they let them out."

Sarabia called the non-emergency number for advise on how to handle the situation. She says she hasn't filed a police report but will consider it if the caller continues to hold Cookie for ransom.