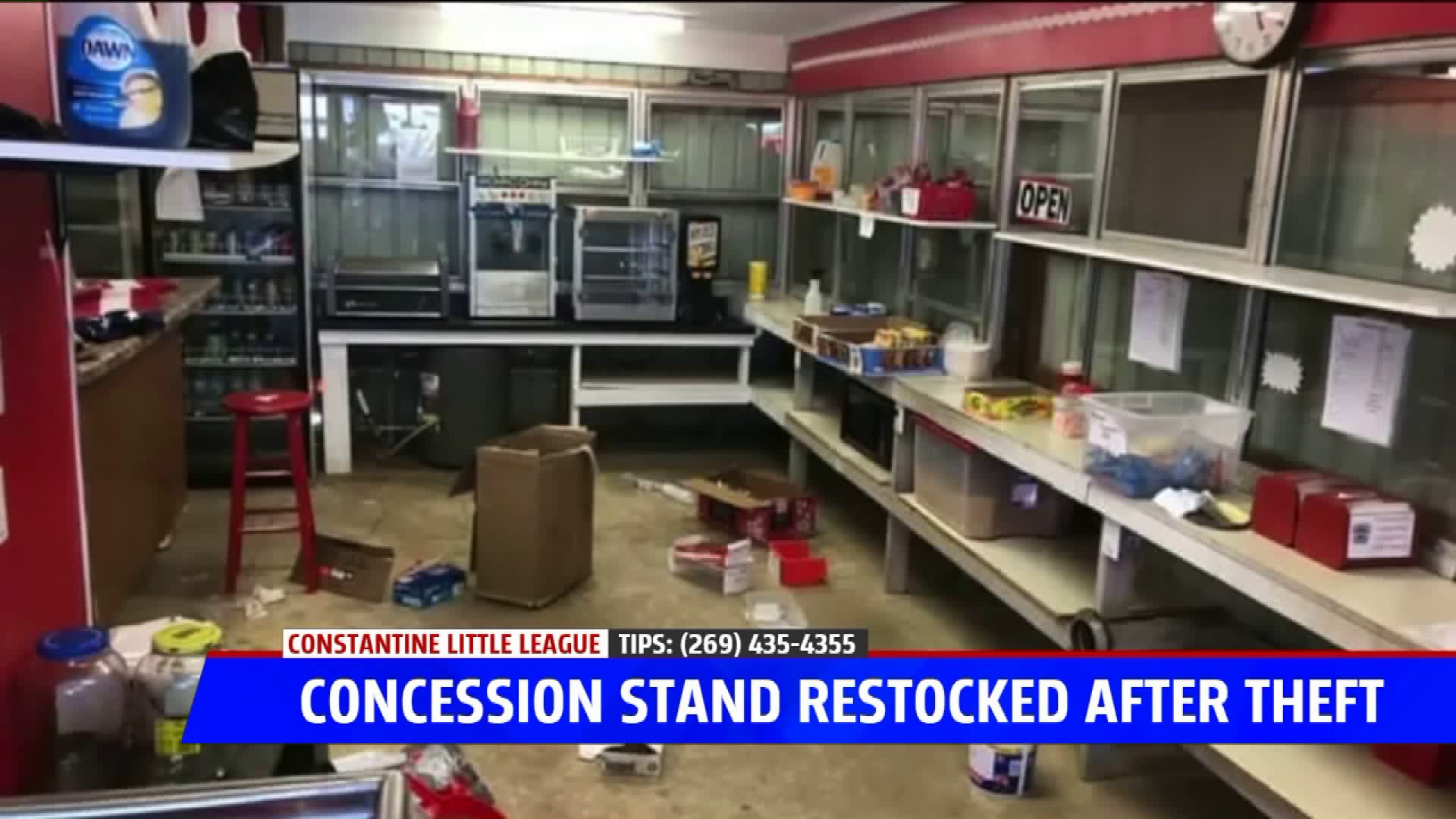 CONSTANTINE, Mich. — Nick Godfrey was at the Constantine Little League baseball field well into the night on Wednesday, he said. He got a phone call that their concession stand had been broken into. He and a friend were cleaning up the mess all night.

“Who does something like that?” said Nick who’s presidents of the league. “Why in the world does someone come down to a Little League, break into a building, and steal from them?”

Nick was mad, he said. The thieves took their public address system, all the food in the freezer, and hotdogs, bratwursts, burgers, and $270 cash.

Police were investigating the scene that night too, he said. They took photographs and pulled some fingerprints. Nick said if they catch the people responsible he doesn’t think  they should go to jail. He just wants an apology.

“When you do something like this, you’re stealing this from kids,” he said. “This is a kids organization and that’s who you’re taking this from.”

Nick said 270 kids participate in the league, from tee-ball age to seventh and eighth graders.

Since the incident, people from the community, local businesses, restaurants and little league teams in Schoolcraft and Three Rivers, have restocked their freezer and donated other items and cash to the league.

“Somebody came down here and they violated the trust of a youth organization,” he said. “But more important than that to me is that we’ve got a great town here. We’ve got great community.”