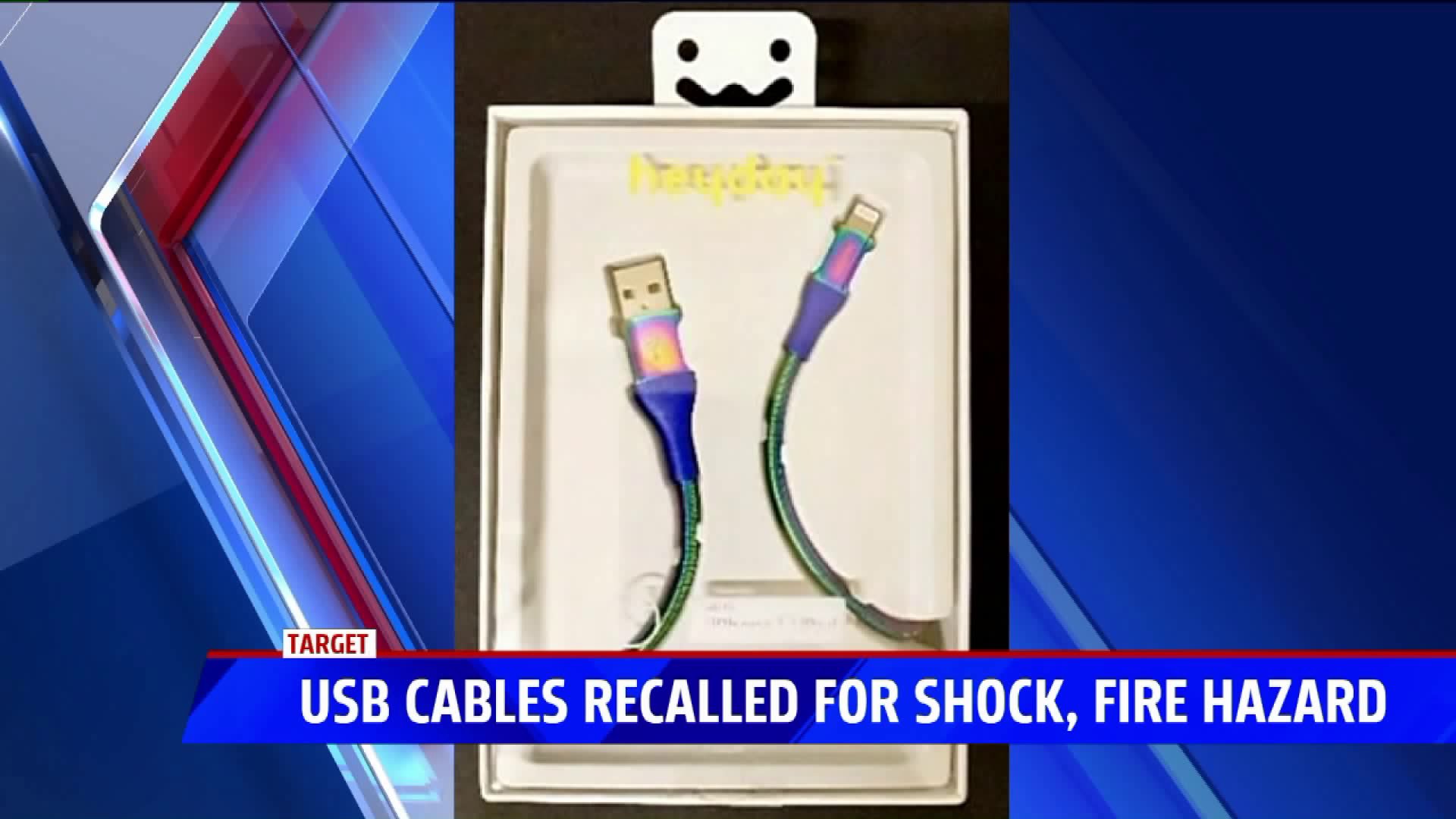 The 3-foot Lightning USB charging cables, used to charge iPhones and other devices with a Lightning connector, poses as shock and fire hazards because the metal around the cord can be electrically charged when it touches the wall charger plug prongs while in use, the U.S. Consumer Product Safety Commission (CPSC)Opens a New Window. said in a news release Wednesday.

Target received more than a dozen reports of the cords smoking, sparking or igniting.” Two other consumers said they got finger burns when they touched the cable, CPSC reported.

he $15 cables were sold in Target stores nationwide and on the retailer’s website from June 2018 through January 2019. The cords, manufactured in China by Minnesota-based Chug Inc., are purple, green and blue iridescent and have the word “heyday” printed on the connector and the model number 080 08 8261 printed on the side of the packaging.

Customers who purchased the recalled product should return it to a Target location for a full refund or contact the retail giant at 800-440-0680.