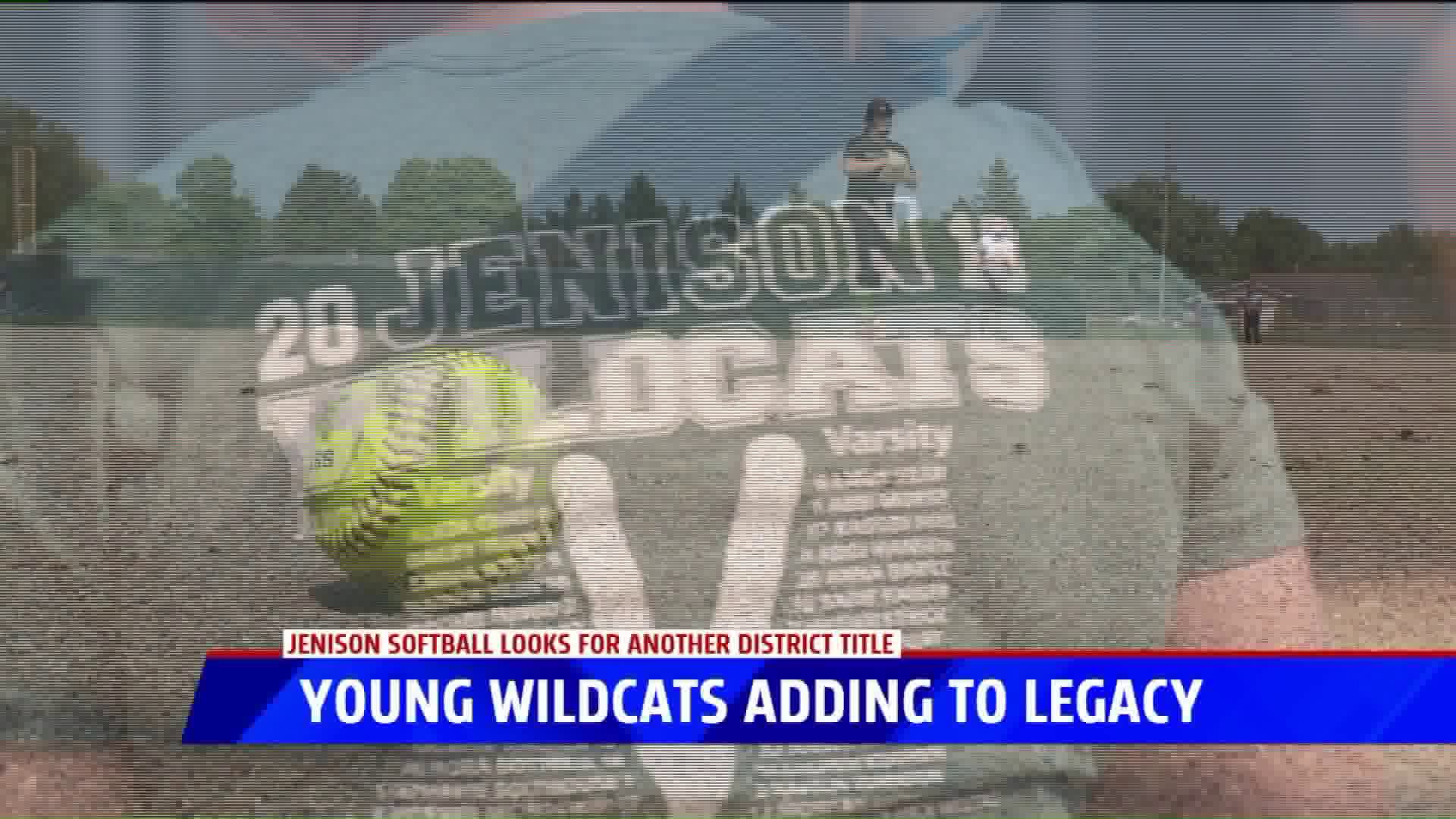 JENISON, Mich -- The Jenison softball team is having its best season since 2005 when the Wildcats won 39 games and made the state semifinals. So far this season, the Wildcats have 33 wins with only three seniors to lead the way.

"This senior group is a tough group," head coach Kari Kossen said, "they're going to be missed so much, they've definitely been great leaders for us and have set the tone."

"It's really amazing, I think we all rise to the occasion and help make each other better," added senior second baseman, Emily Mouat.

Despite the youth on the team, the Wildcats haven't missed a beat setting new program records for home runs, batting average and runs scored in a season.

"This team is scrappy," Coach Kossen, now in her 20th season with the Wildcats, said, "this team has goals, they've played together the majority of them since they were ten."

"It's been unbelievable," Hansen added, "we'll break records and we won't even know it, it just happens."

The Wildcats have already racked up another conference championship and now they're setting their sights towards repeating as district champs on Saturday afternoon.

"My message would be to do what we've done all season," Coach Kossen said as the team enters the district semifinal, "and playing together as a team, hitting our pitch, pitching well and playing tough defense."

The three seniors have already left their mark on the program by setting several individual and team records, now the focus turns to this postseason.

"With our group of girls, we want to keep playing together because we like playing together so that just adds to the 'let's not make this our last game together, let's keep on pushing,'" Hansen mentioned.

The Wildcats will take on Grandville on Saturday morning in the district semifinal.