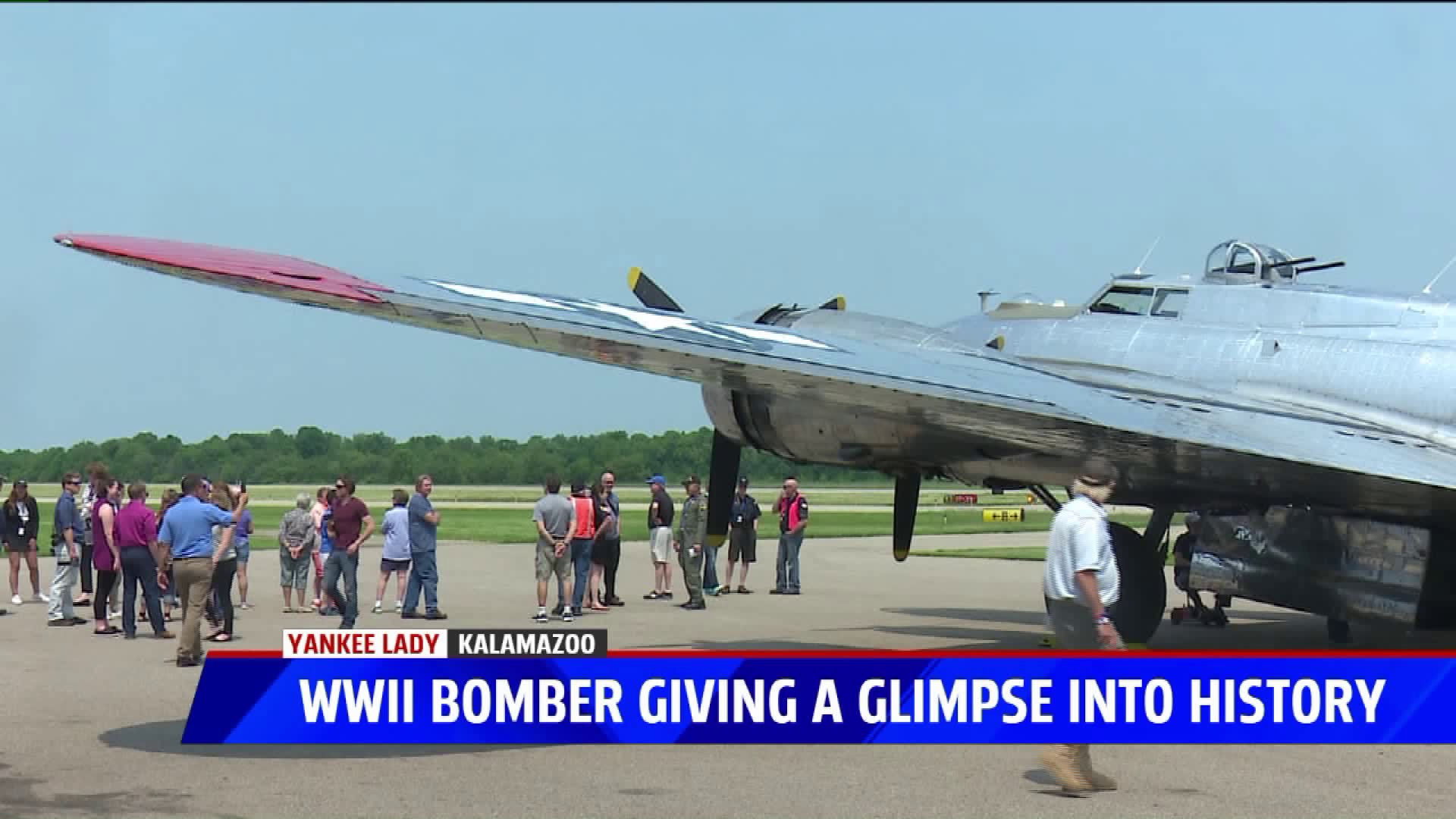 A World War II era bomber plane is giving people an up close look at history in Kalmazoo this week.

The B-17 Yankee Lady was built in the 1940s,  today it remains 98 percent authentic to the original. Somehow it still flies like it did when it first took off more than 70 years ago.

The Yankee Lady came to the Air Zoo in  Kzoo this weekend, just ahead of the 75th D-day anniversary.

Pilot Ray Hunter of the Yankee Air Museum says they show off the incredible plane to honor those who served.

"That’s why we do it, its to honor the men and women who fought in World War II," Hunter, said.

The plane is just one of a few B-17 Flying Fortresses that can still fly.

"It's one of 10 in the world still flying. There were over 12,000 built and they lost nearly a third of them in the war," Hunter, explained.

This one was never in combat, but is exactly the same as the ones that flew over the world back then.

"The airplane itself is 98% authentic all the guns are replica, all the oxygen systems every piece of equipment is authentic. The only thing we changed is the cockpit. We have modern navigational equipment so we can operate in today’s air traffic control system," Hunter, added.

The engine roars loudly but the views alone are worth it, not to mention a once in a lifetime opportunity to sit in the seat of heroes from the greatest generation.

Depending on the weather you too could have a chance to go for a ride on the B-17 if you visit Air Zoo on Sunday.