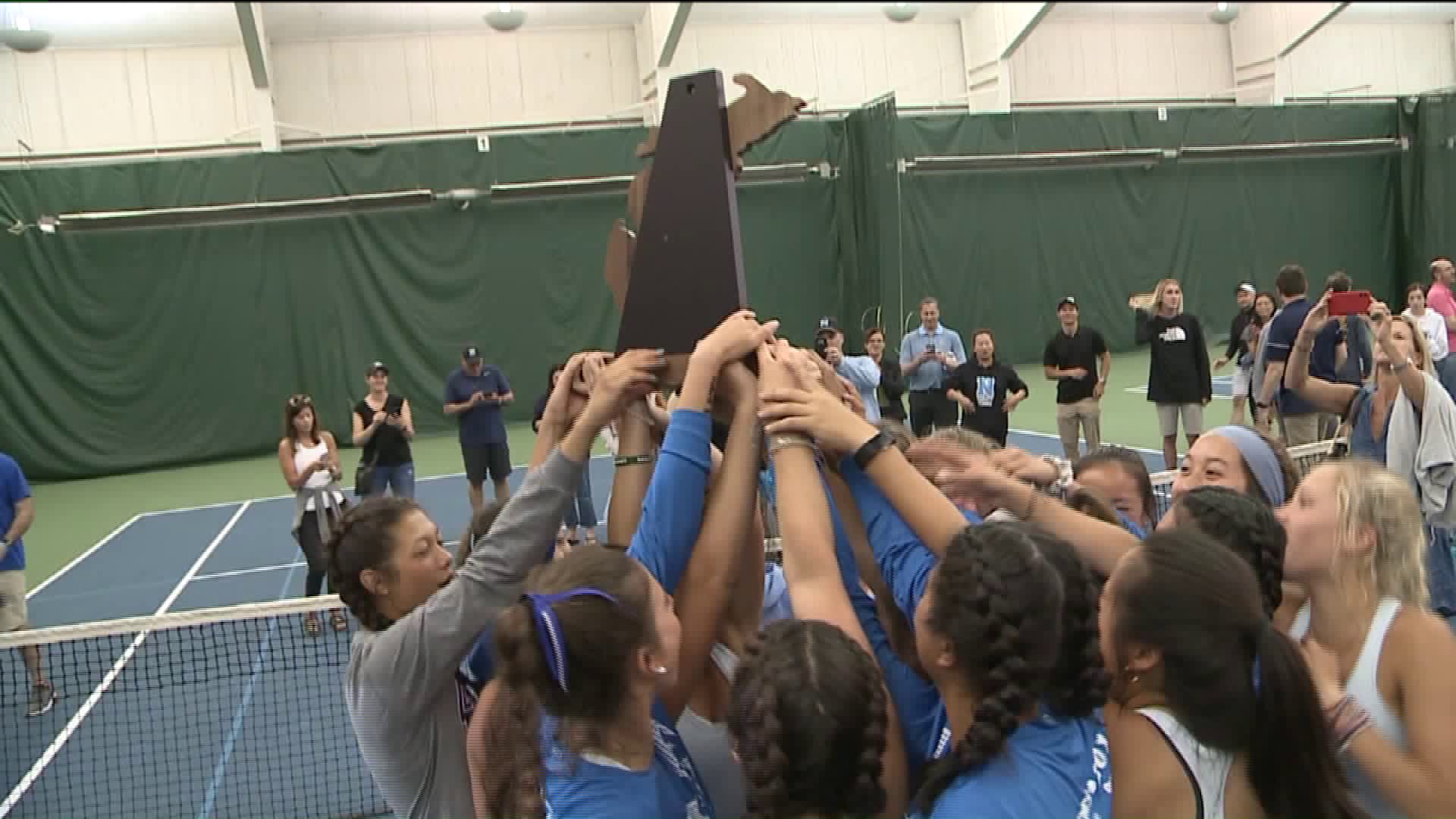 HOLLAND, Mich -- The Forest Hills Northern girls tennis team has won its tenth state championship in program history after Saturday's win in the Division 2 state finals. Despite all of the success over the past two decades, the Huskies haven't won a state championship since 2014 when the seniors were in middle school.

"It's super special for us," head coach Dave Sukup said, "anytime you win a state championship, we work hard all year and this is something that we look forward to, playing in the state championship and winning so it's very special."