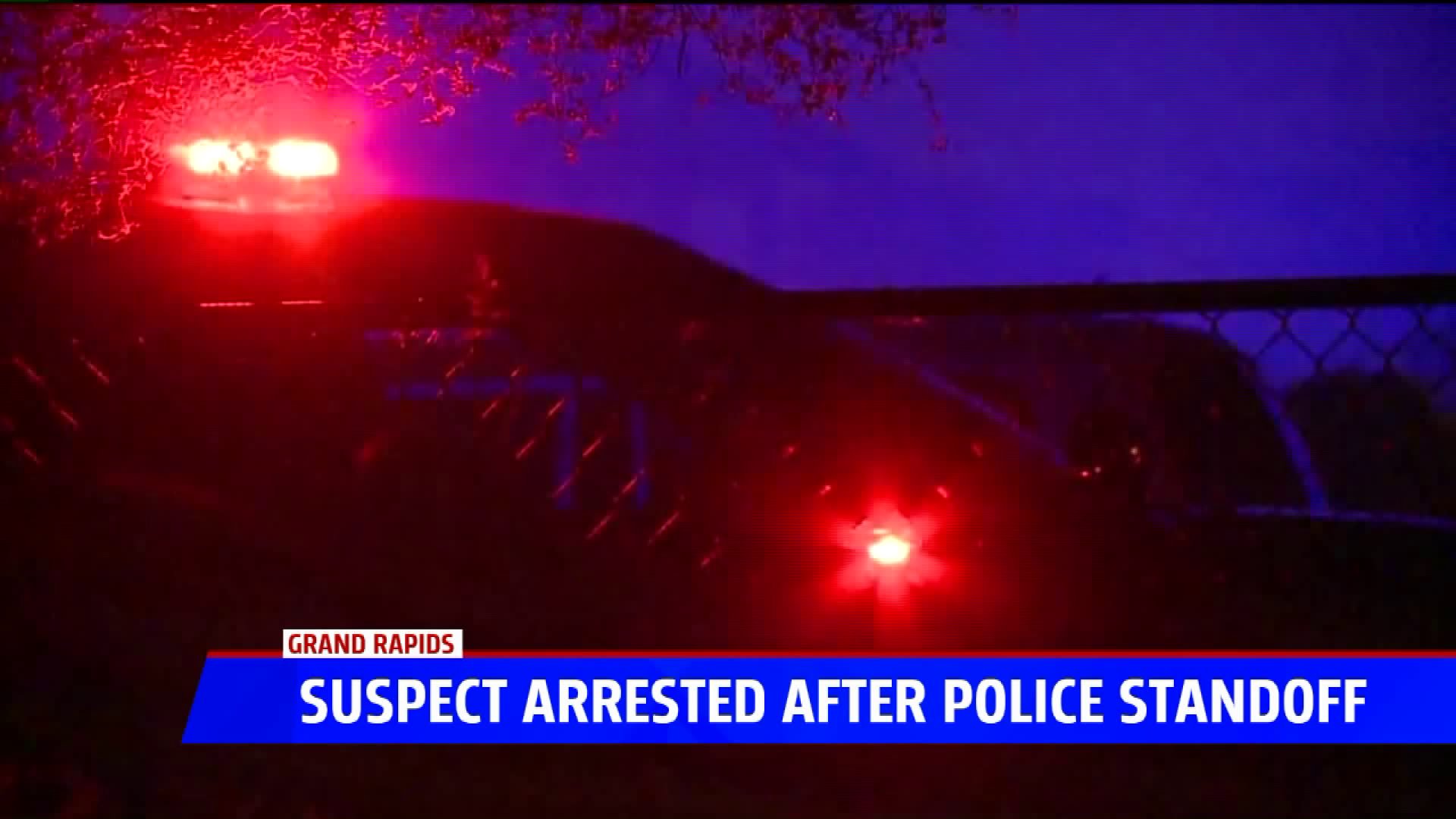 GRAND RAPIDS, Mich. — An anonymous tip led to a long standoff with a parole-jumper on Jefferson Avenue Sunday night.

GRPD closed the 1100 block of Jefferson Avenue SE from Green to Hall after being told one of "Michigan's Most Wanted" was at the home.

Cathy Williams, the Public Information Officer for GRPD told FOX 17 they found 35 year-old Skiler Turpeau in front of the home with a gun. Turpeau ran into the house and barricaded himself inside with the weapon. The multi-unit house was evacuated while police attempted contact with the suspect.

"We would like to thank the brave anonymous caller who alerted us to the presence of this violent wanted fugitive, and all those that provide tips on criminal behavior." Williams said in a statement, saying information like this leads to reduced crime-rates and and increase in neighborhood safety. "(This) ...can only be achieved when the police department and community members are working in partnership for these common goals."

Turpeau evaded his parole in January, 2019.