Inside Grand Valley’s ‘Best of the Midwest’ football camp 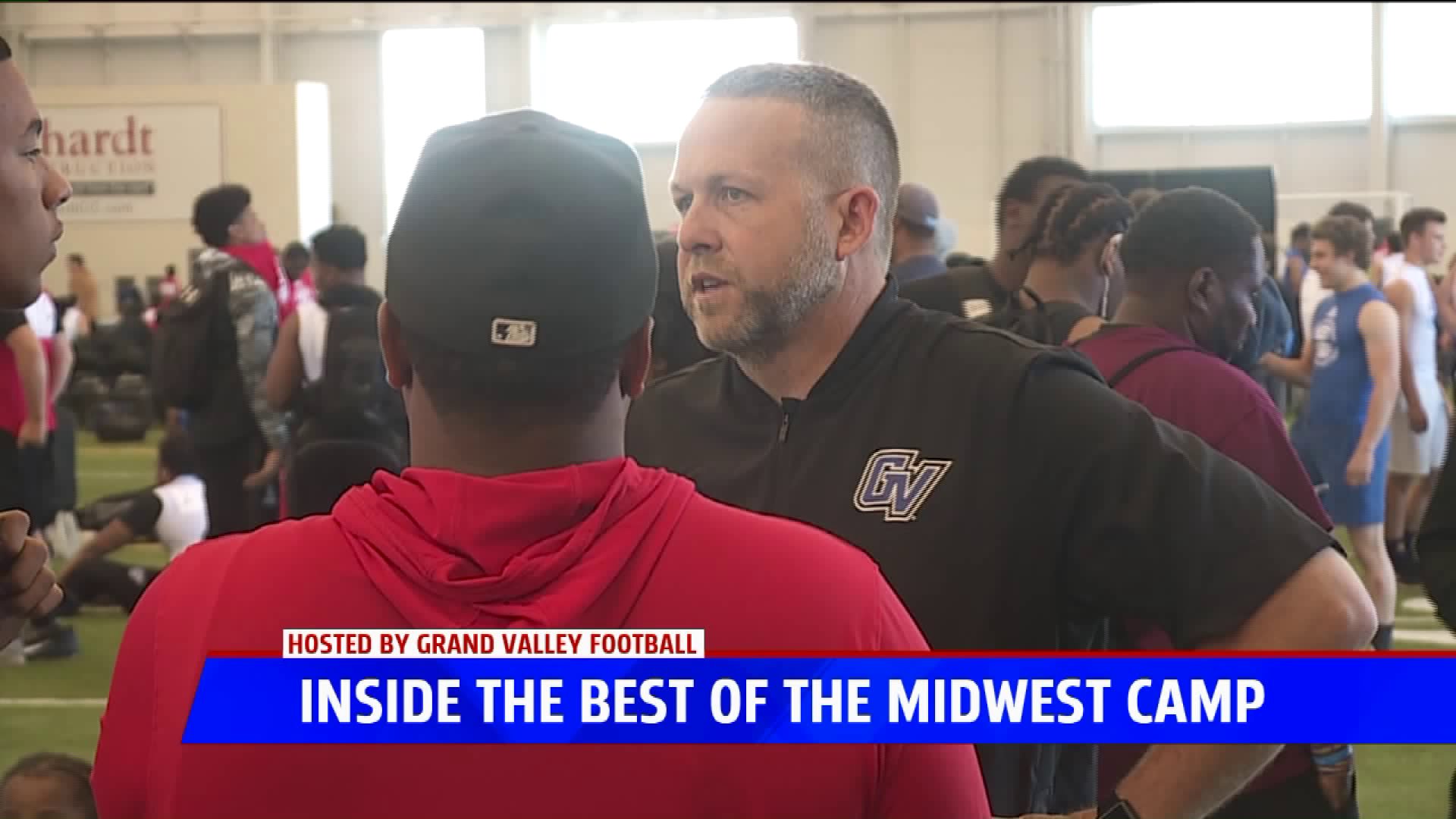 ALLENDALE, Mich. -- On Sunday morning, more than 900 high school football players and 200 coaches made their way into the Kelly Family Sports Complex on the campus of Grand Valley State University for the Best of the Midwest camp.

"It's a win-win, because prospects are able to get in front of over 200 coaches, including some Division I head coaches," Grand Valley head coach Matt Mitchell stated.

"The facilities are better each year," Harbaugh observed, "and the coaching and educating they're doing here is impressive."

McElwain attended the camp last summer as a member of Harbaugh's coaching staff at Michigan. Now, as the head coach at Central Michigan, he's back.

"I'll tell you what, it's a great camp," McElwain smiled. "Just to see these kids working out here is really special."

For the college programs, it's a no brainer to attend, with hundreds of Division I prospects in attendance.

"For the coaches that come in, they can see a lot of great prospects," Mitchell added. "They don't have to bounce around to different schools."

For Eastern Michigan head coach Chris Creighton, he has been to Grand Valley's camp every summer since taking the Eagles job six years ago. "Here at Grand Valley, they do an awesome job of organizing it and attracting great talent," Creighton said. "And a lot of college coaches come. It's competitive; guys develop and get better."

Not only were Division- I coaching staffs at the camp, but FCS level, Division II and Division III as well, such as Hope head coach Peter Stuursma. "It's on a beautiful campus, and you get a chance to see guys move in space," Stuursma said. "Plus, you get to see these guys in person after you see a lot of Hudl tape on these guys."

For Coach Mitchell and his staff, hosting the camp has its benefits as well.

"We'll get some guys on our campus that might not normally come," Mitchell mentioned. "And we live in a world of transfers, too. A guy may go somewhere else and see the facilities that Grand Valley has."