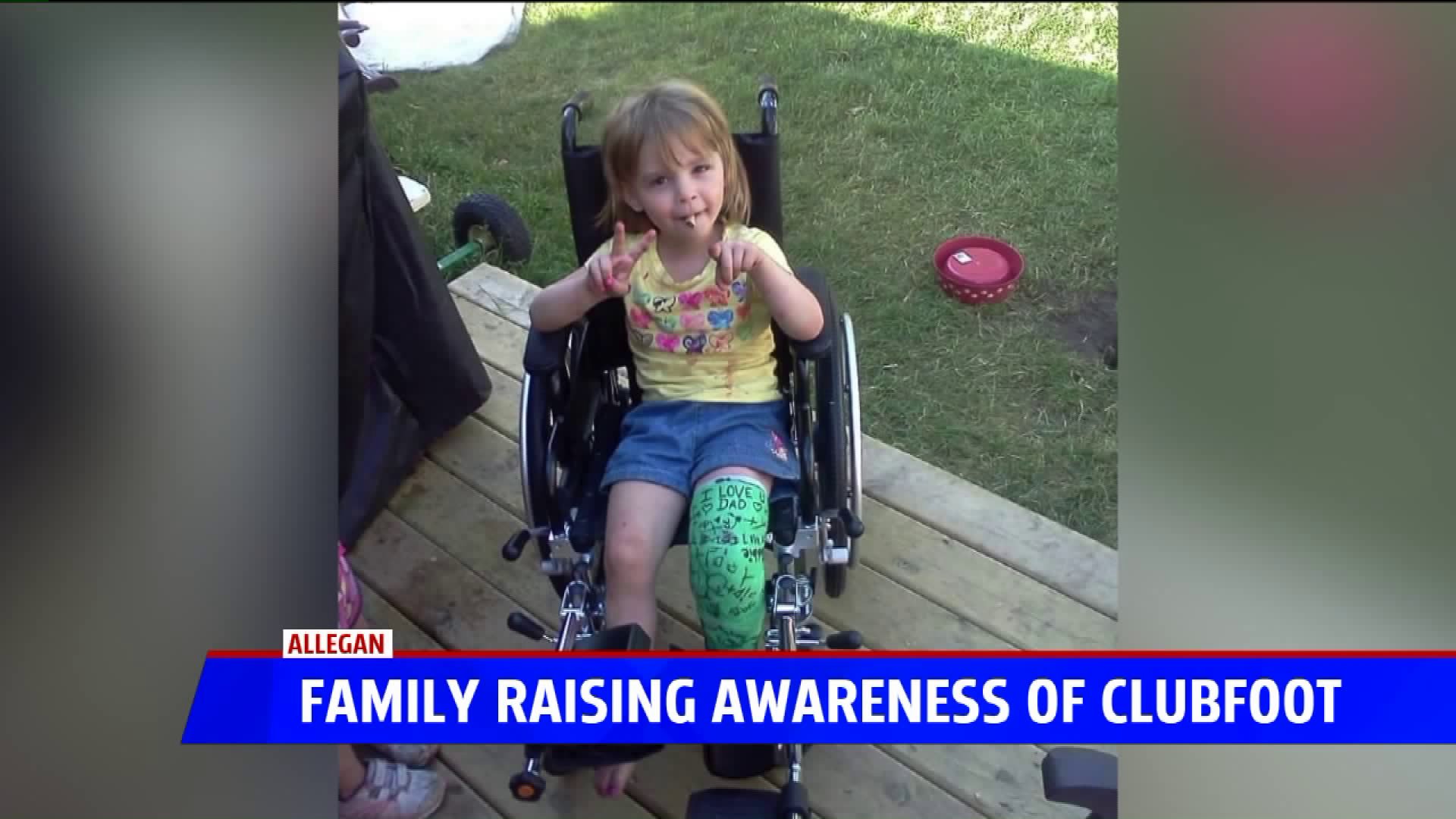 On Monday June 3rd, Clubfoot awareness day, the city is changing the color of the lights on the bridge to yellow to honor one of their own and raise awareness about her condition.

Every one in one thousand babies is born with Clubfeet, including 10 year old Roselyn Segeo from Allegan.

Rosie was born with her foot twisted inward and throughout the years she's had seven surgeries to correct it, often landing her in a wheelchair and sometimes leading to bullying.

"For awhile I got bullied and I had only one friend in school that actually supported me," says Rosie.

But her twin sister, Maggie, came up with an idea to change that after working on a school project about the Iron Bridge.

"I knew today would be her day and I just thought it would be nice to put yellow on it," Maggie says.

The idea coming together to raise awareness about her sister's condition by celebrating world Clubfoot day with the glowing piece of affection.

Their mother, Kassandra, contacted the city to make it happen.

"I just want people to remember that all kids are special and you never know what somebody is going through so just be nice to people," Kassandra says.

The 225 foot long bridge lighting up yellow Monday night as a reminder of the many other children like Rosie.

"For the community to stand behind her and it brings awareness because no one really knows what clubfoot is. I have to explain it to them I have to do all that and like she said she was getting bullied periodically and being in a wheelchair wearing AFOs but she's got through it so it's nice to have people stand behind her," says Kassandra.

The Iron bridge will glow yellow all week. Stop by to check it out for yourself.