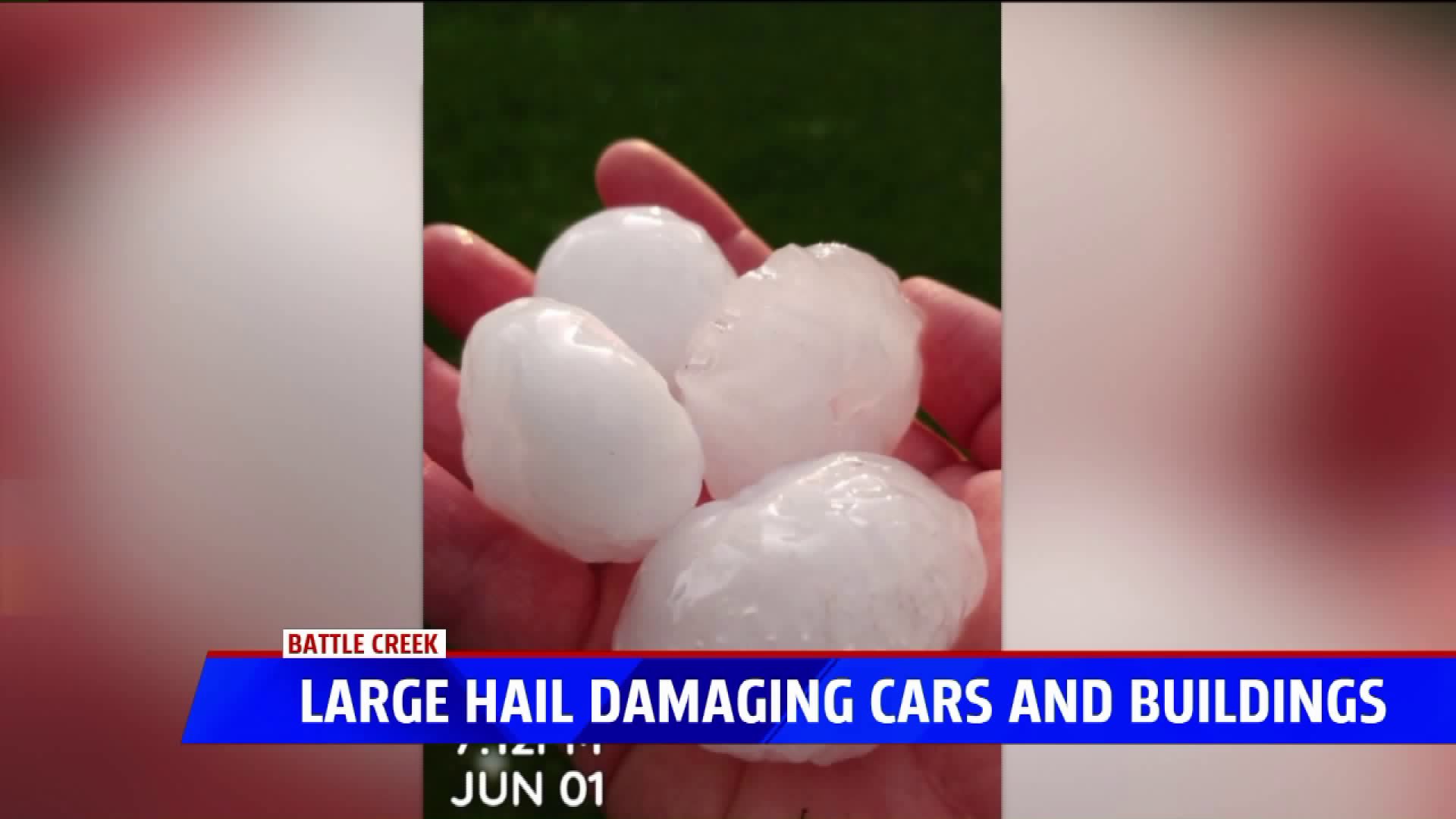 The national weather service says the storm was the same kind that create deadly tornadoes, thankfully that didn’t happen but the unusually big hail still left behind some damage.

"We call them super cell thunderstorms, they are storms with rotating updrafts. They are pretty typical in the plains not so much the Great Lakes but they are responsible for giant hail like we saw," National Weather Service Meterologist Brett Borchardt, said.

From golf ball to baseball size, a range of unusually big hail stones struck down on Battle Creek.

"We had numerous reports of golf ball to as large baseball hail in battle creek which is really unusual for Michigan. Hail that large is big enough to wreck windshields and windows and houses, its actually big enough to hurt people if you’re outside and get hit in the head," Borchardt, said.

"It hit us, like dime size hail and next thing you know it was like golf ball size," Battle Creek Resixdent Charles Asher, said.

Charles and Tracy Asher took video of hail slamming down on their car while driving back from shopping in Battle Creek.

They ended up waiting for it the storm to  pass,  under a tree.

"It was kind of scary it was hitting kind of hard, I  thought for sure it was coming through the windshield we got lucky and got cover under a tree, I didn’t want it to break my windshield" Tracy Asher, said.

They have just a few dents on their hood, but hail shattered the windshield and broke a light on their relative's car.

According to the National Weather Service, the last time West Michigan saw similar size hail was in July 2012.