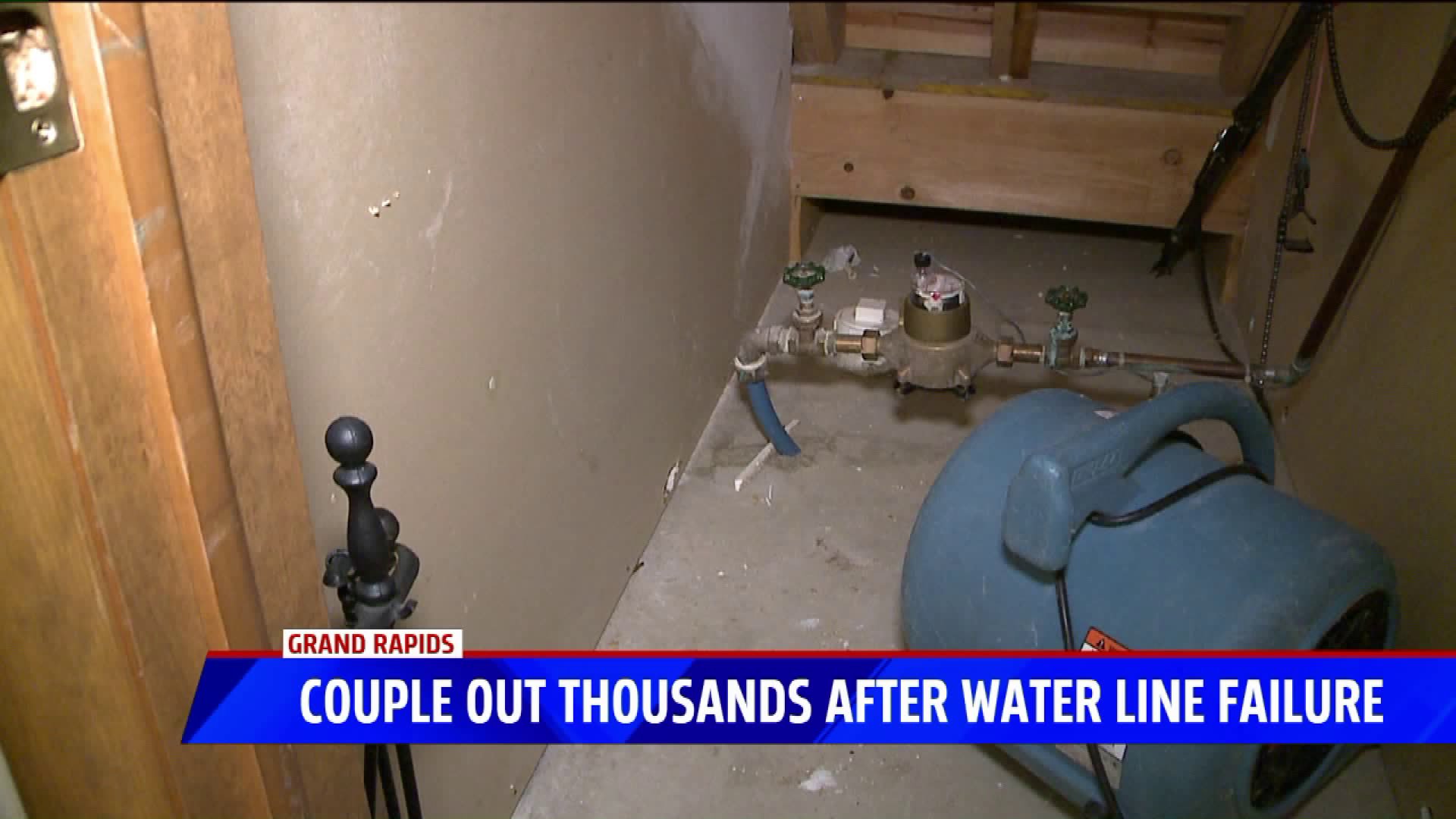 GRAND RAPIDS, Mich. — A Grand Rapids couple is facing thousands of dollars in damage after a type of pipe once commonly used for water lines in West Michigan burst.

Joe Russell and Kim Vetter moved into their home in March. They said everything with the home was going well until

Memorial Day weekend, when they woke up to a basement filled with water.

“I came downstairs hearing rushing water and as soon as I stepped foot on the carpet, I was ankle deep into water,” Vetter said.

The couple tried to get the flow stopped themselves, but the line responsible for the moving water was on the other side of their water meter. That meant they would have to find a plumber and city worker to come out and shut the water off on a holiday weekend.

They were eventually able to get both out to their home that day.  Only then did they discover the culprit: a standard looking blue pipe.

As it turns out, their water line is constructed out of blue polybutylene — a material that apparently has built up a reputation for failing after a few decades under ground.

“I’d never heard anything about it. I’ve since done research and I know its not a matter of if it will fail but when it will fail," Vetter said.

For a period during the 1970s, 1980s and early 90s, the material was approved by the state plumber's code.  Now it is wreaking havoc in homes across the state.

The couple is facing at least $11,000 in damage to the basement structurally.  That is not including all of the personal belongings affected by the water.

The next step for Vetter and Russell is having a plumbing company replace the "blue poly" line with another material.  They are hoping to move forward with that at some point this week.

FOX 17 did speak to the City of Grand Rapids about the issue. Wayne Jernberg, of Grand Rapids' Water System, said the city has never used blue polybutylene in their work. Any lines made of "blue poly" were installed privately.  Since 1940, they have only used Type K Copper.

If you have any concerns about your pipes, there are several plumbing companies in West Michigan that can replace your "blue poly" pipes before they break.