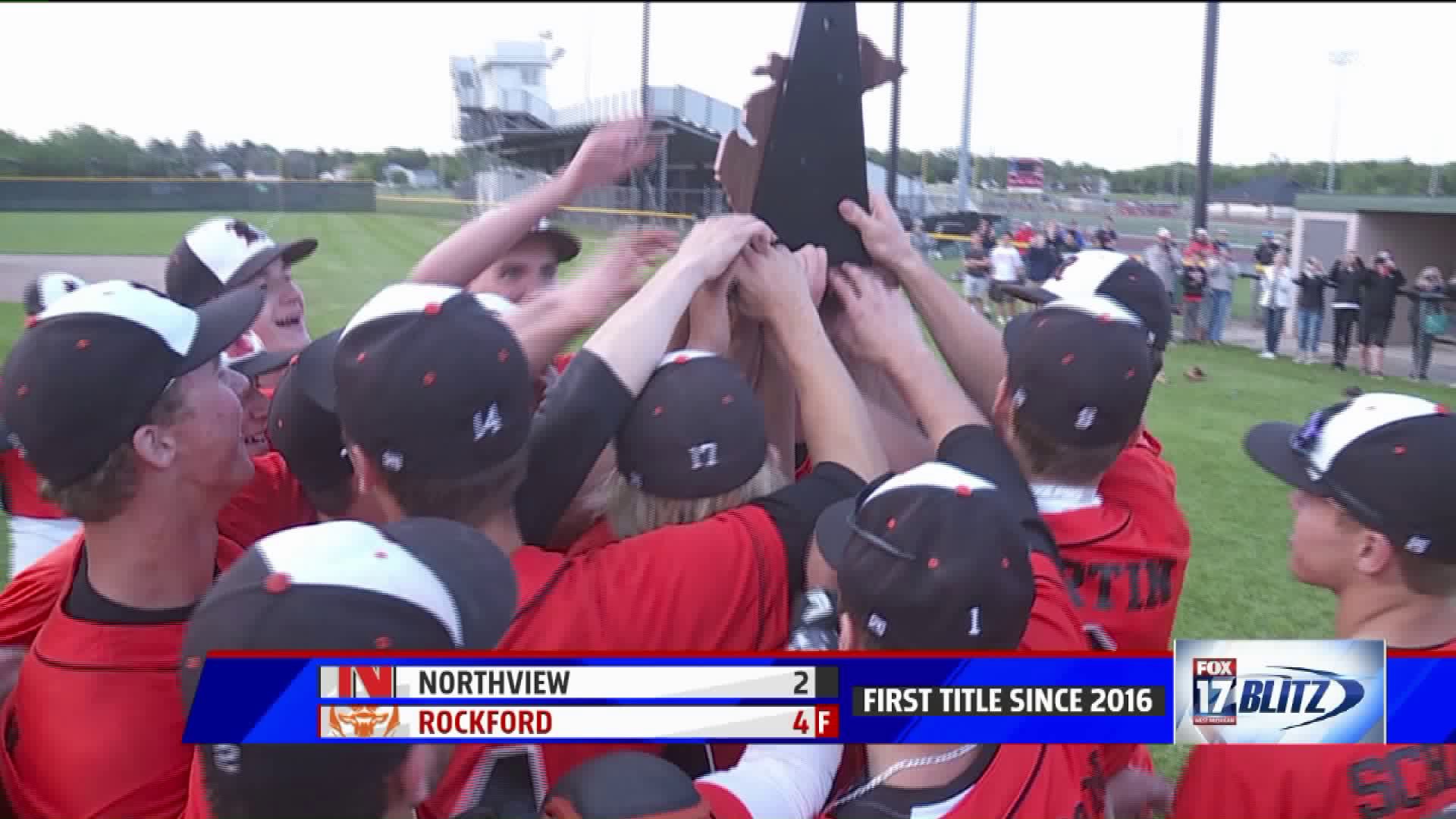 GRAND RAPIDS, Mich. -- Northview and Rockford each scored two runs in the third inning of the district championship on Monday afternoon.

The game would be tied until the bottom of the sixth inning when junior shortstop Owen Cairns came through with an RBI single to break the scoring at 3-2.

The Rams would lead 4-2 going into the seventh inning when Luke McLean shut the door to give Rockford its first district championship in three years.

"I'm super proud of these guys," Rams head coach Matt Vriesenga said. "We have a couple of kids, Jack Richardson and Jake Engelkes, who have been on the team since they were sophomores, and we haven't won a district since then. So to see this class win a district, it means the world to me."

"It's awesome," said Cairns who had the go-ahead RBI in the sixth. "I'm so proud of my team. I love my teammates, and it's a great feeling. I'm going to embrace it and moving forward we'll keep running with it."