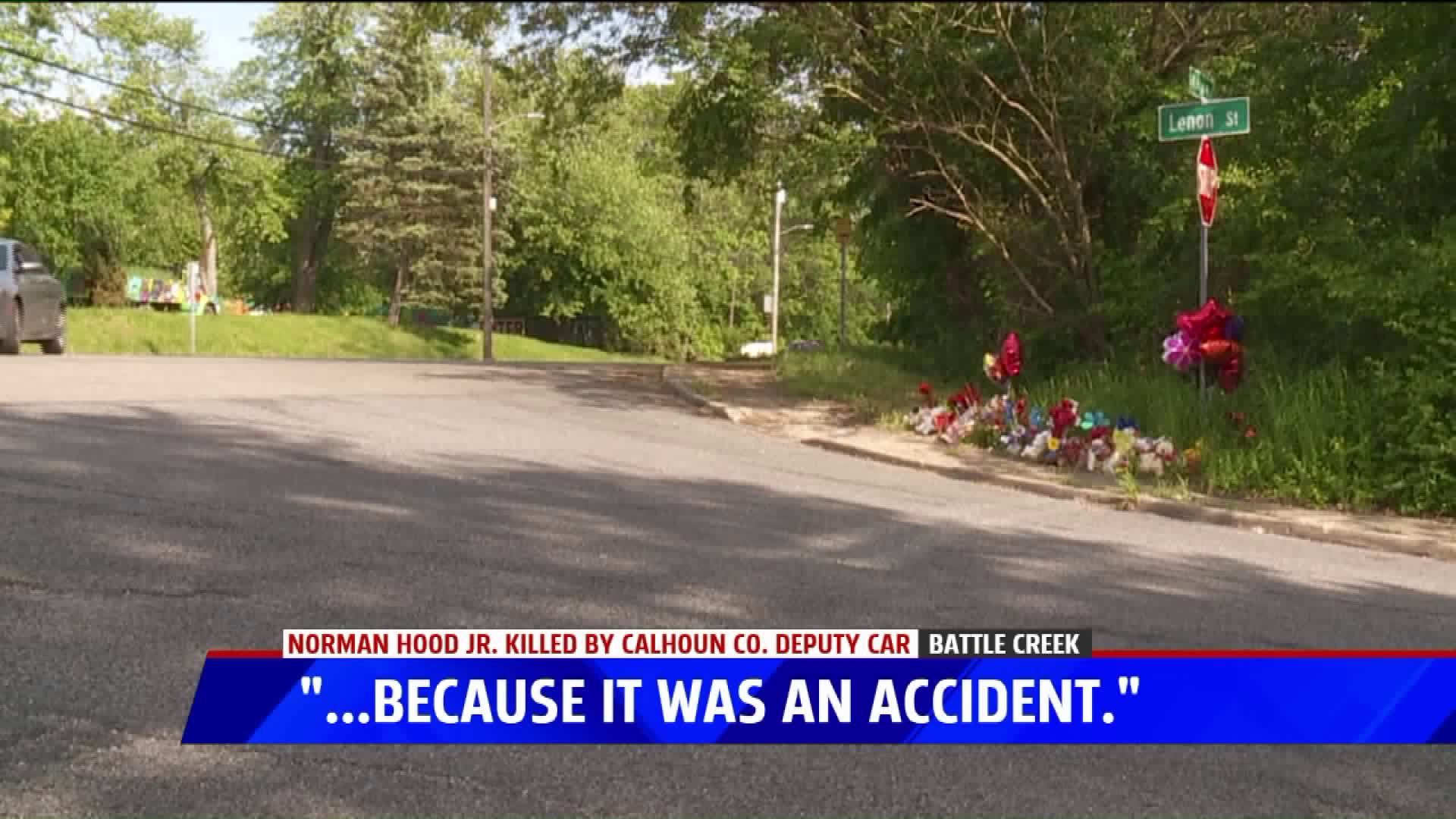 BATTLE CREEK, Mich. — A family is mourning and hoping for more transparency from the Calhoun County Sheriff's Office.

Norman Hood Jr. was killed by a Calhoun County deputy last week. According to the sheriff's office, the tragic crash happened at 9:36 p.m May 28.

The deputy was going to an emergency call when he hit the 11-year-old, who was riding on a motorized bike near the intersection of Michigan Avenue and Lennon Street in Battle Creek.

"There's a lot at play here and (Norman's) mom just wants to keep it moving," said the family's lawyer, Donald Sappanos. "Let's see what what the investigation figures out.

Michigan State Police are currently investigating the crash. There will also be an internal investigation done within the department.

Sappanos' office is currently conducting its own investigation.

"Now the information that we have obtained through witness interviews and investigations is showing that the officer, in our investigators' and witnesses' opinions, was speed," said Sappanos, although he wouldn't comment on how fast he believes the deputy was driving above the speed limit.

The Calhoun County Sheriff's Office has previously stated the deputy did not have the vehicle's emergency lights or sirens on.

Sheriff Matt Saxton would not comment on any factors of the crash such as speed until the MSP investigation is finished.