Event will give you $100 gift card for your gun 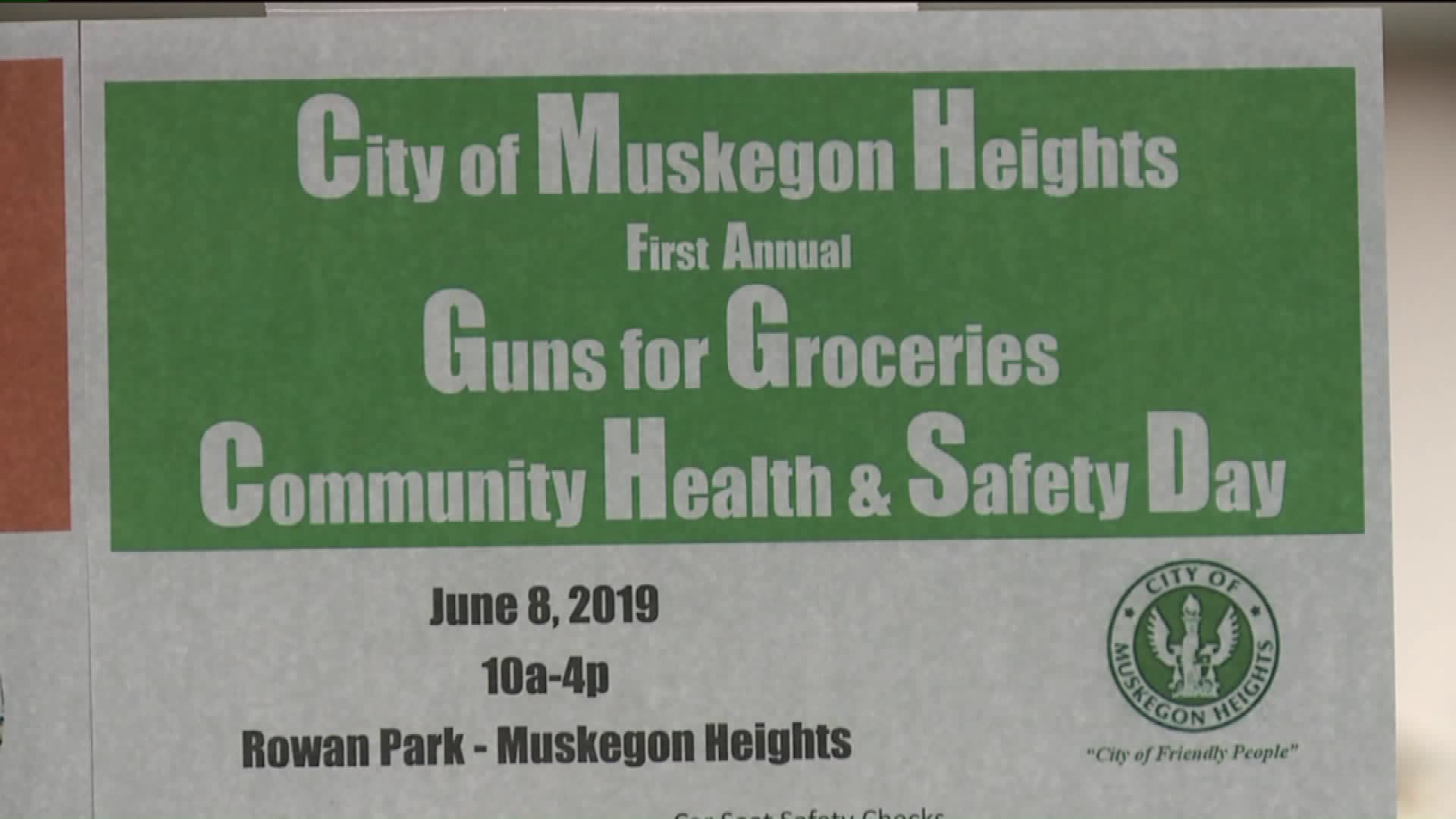 MUSKEGON HEIGHTS, Mich. — An event happening this weekend will allow residents of Muskegon County to trade in

Muskegon Heights Police Department Chief Joseph Thomas launched the program after being approached by a resident about an idea to get people more involved with removing guns from the streets.

“It doesn’t look right when you first do it. Because we’re used to people being arrested and getting citations and things like that,” he told FOX 17.

He says it takes time for people to get used to more non-traditional methods of policing. Thomas is adamant that the department cannot arrest itself out of a problem.

“We are in the business now of solving social ills before they become law enforcement incidents. And that's a toughie for some of us," Thomas said. "Because we train people to enforce the law, not to solve problems. And you have to want to solve problems."

The event was prompted by a discussion with Heights resident and entrepreneur Justin Williams.

"I know it may scare some people off, but it’s no questions asked... This is about promoting health and safety for the children, creating an environment, safety, for the kids," Williams said. "And promoting that relationship between the city and the community."

All weapons, whether or not they are operational, are accepted.  The weapons do not have to be registered. They will all be accepted with no questions asked.

If you are interested in trading a weapon, you are asked to bring it to the police station prior to the event.  Leave your weapon in the car and notify an officer inside.  An officer will come secure your weapon from your vehicle and give you a coupon.

You can then bring that coupon to Saturday's event at Rowan Park to get your $100 Meijer gift certificate.