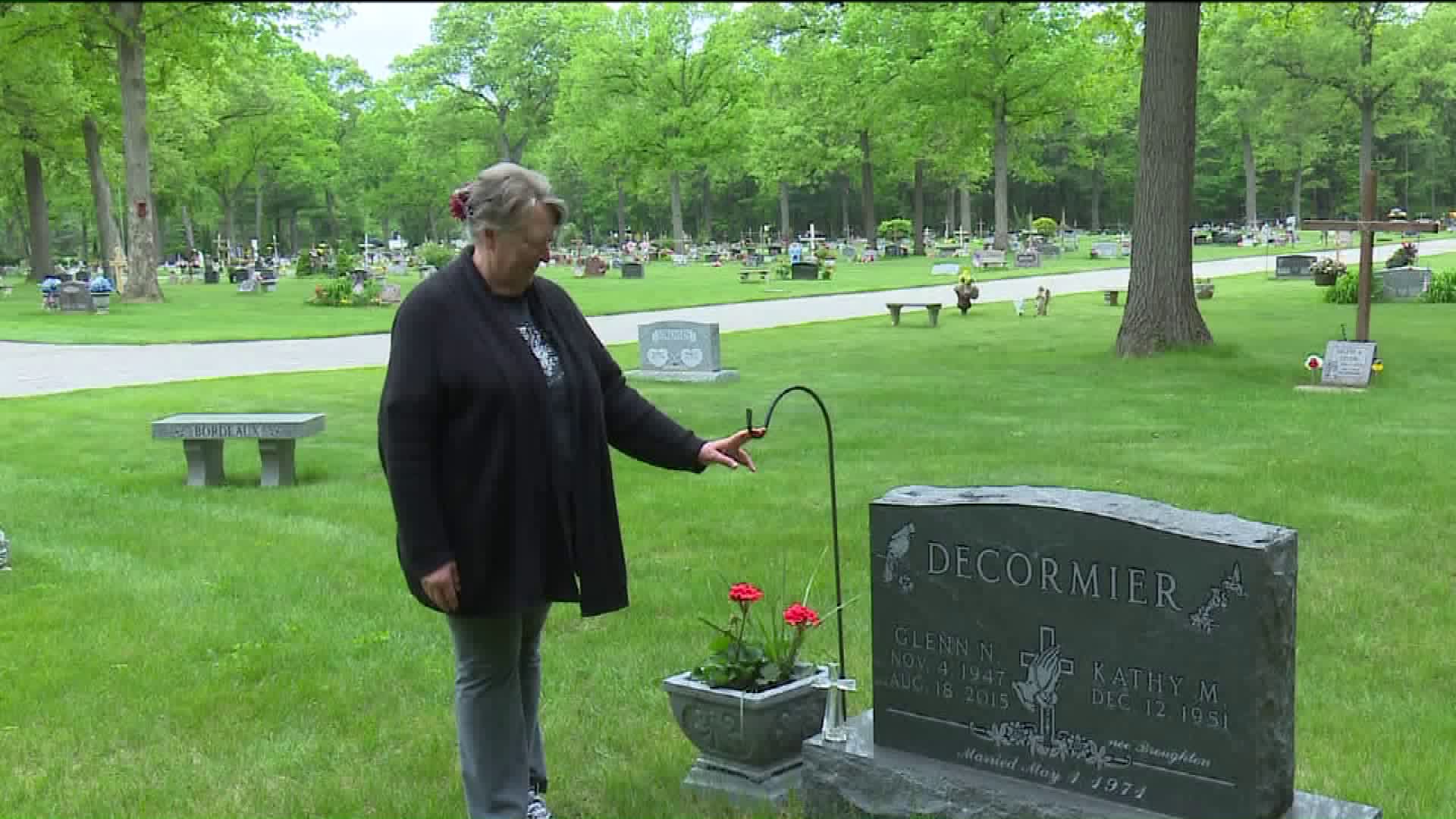 EGELSTON TOWNSHIP, Mich. — A gravesite in West Michigan is missing some family mementos after they were allegedly stolen last week from the Egelston Township Cemetery.

People who live nearby told FOX 17 that decorations and family mementos have been coming up missing from plots at the cemetery for years.

But resident Kathy DeCormier says she never thought it would happen to her husband's gravesite. She has frequently visited her husband’s grave since he died four years ago and said she’s never had an issue until recently.

"I don't know what kind of person would do this come into a cemetery and take things that mean so much to people," DeCormier said.

Over Memorial Day weekend, she came to visit her husband’s plot and found his gravesite disturbed and the family's wind chimes stolen.

"We always hung them at the lake house for 20 years and then a few years ago when he passed and that we hung them here so they could be with him and that was just part of our family," says DeCormier.

Egelston Township Cemetery does have rules about what can be placed on a gravesite, but DeCormier says she never received a notice from the township about it and the groundskeeper says he didn't touch the site, adding that things have been getting stolen off several gravesites lately.

The township says they've heard the complaints and have considered a variety of options but that there isn't much that they can do.

"Unfortunately, it happens. I think it happens because it's a remote area. We have considered gates but then when do you go visit your loved one?” said Joan Raap, Egelston Township clerk. “We go home at 5 o'clock so if we lock the gates when we go home, people usually go after work or during supper to visit the graves and we don't want to disenfranchise anybody.”

DeCormier says she understands that unfortunate things like this happen, but she wants to warn others and hopefully encourage people to think before doing something like this.

"For someone to come in and do things like this, no matter what it is, it's disrespectful," says DeCormier. "I just feel sad that someone would come to that point and do that. So, I hope they think about it."

Township officials said they are aware of the continued issues and have considered getting security cameras and gates. However, they don’t want to disturb the privacy of those who were grieving.

Instead, they suggest leaving a memorial for loved ones in your backyard, so you won't have to worry about these types of concerns.