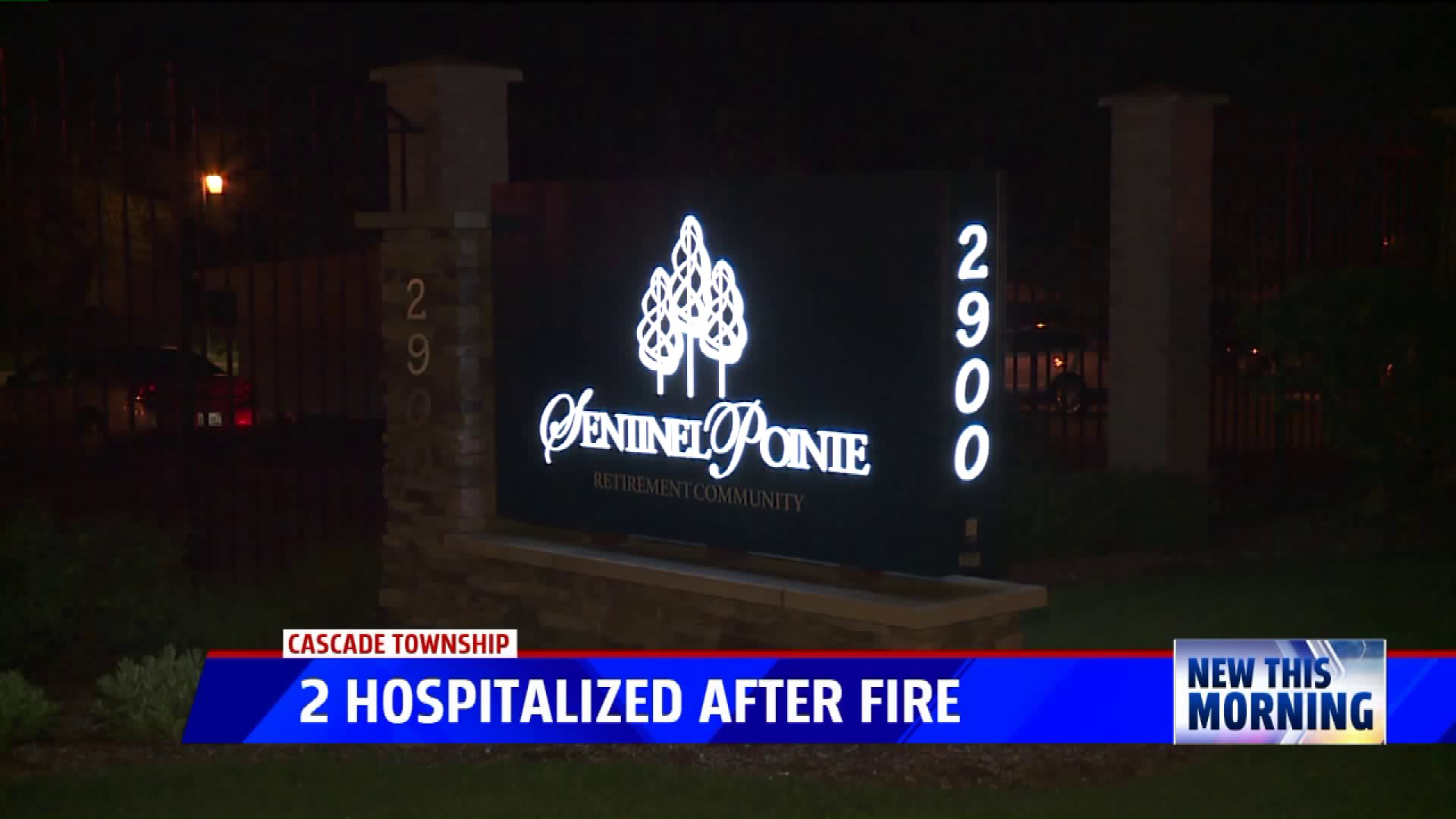 CASCADE TOWNSHIP, Mich. -- Two people including a firefighter and a resident at a Kent County retirement home were hospitalized early Tuesday morning after a fire.

A firefighter and a resident were taken to a nearby hospital and treated for smoke inhalation.

We're told the fire started in a kitchen on the second floor of the building causing damaging to the room and smoke damage throughout the building.

No word on what started the fire.