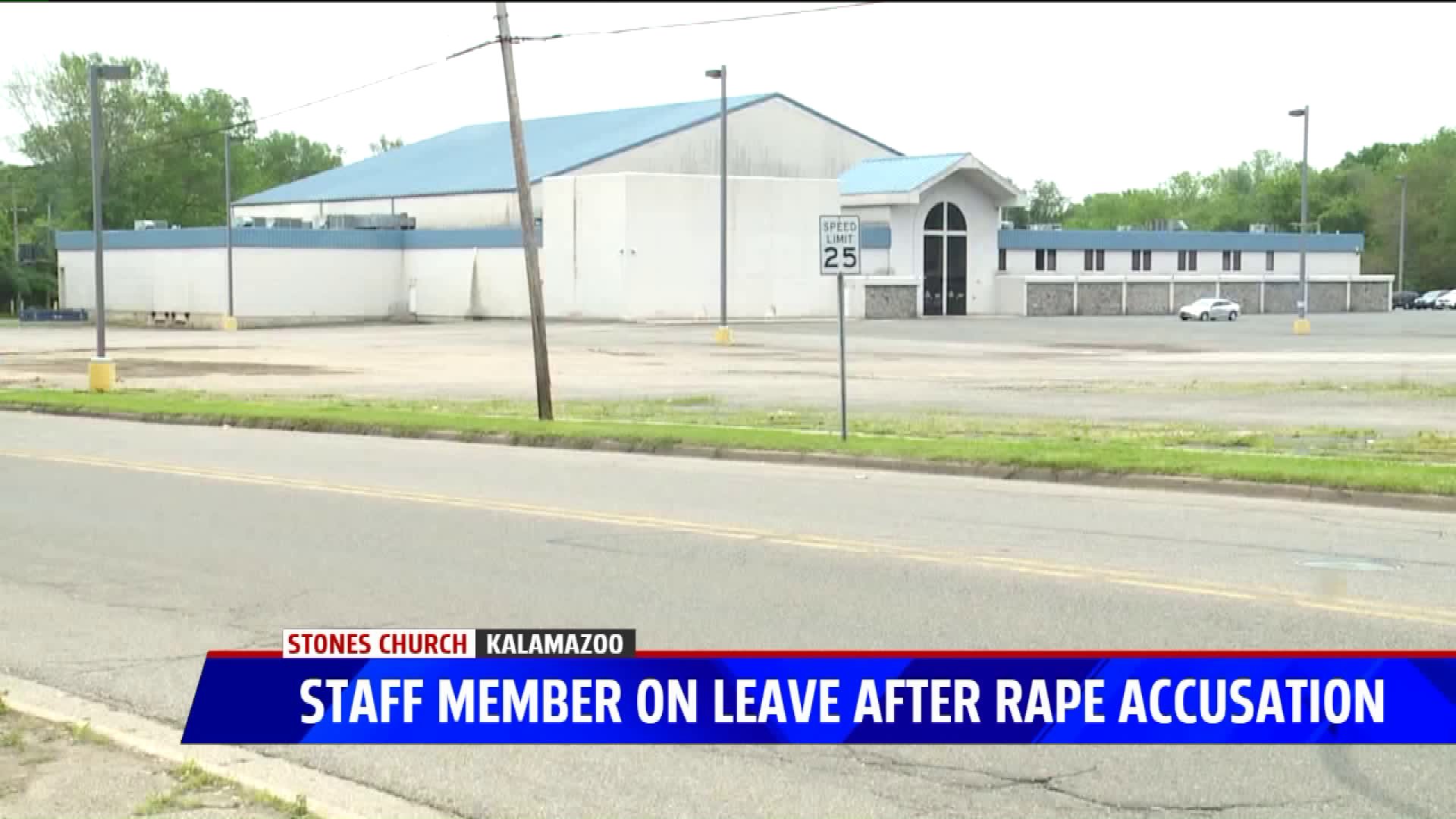 KALAMAZOO, Mich. — A staff member at a Kalamazoo church is on leave after a mother accused the person of raping her child.

In a Facebook video, Stones Church Pastor Joel Brooks said a girl told her mother she was raped on Thursday. The mother reported the incident to the church Friday and the employee was placed on leave that day, he said.

Kalamazoo police said they are investigating the allegation but couldn’t provide further details.

In that video, Brooks also said the family of the child agreed it would be best if they didn’t attend services in the meantime, but they showed up and “caused a disturbance” during Sunday’s service.

Pastor Brooks released the following statement to FOX 17, which is also stated in the video:

"There has been a serious accusation made against a member of our staff. This situation is being investigated by the Kalamazoo Department of Public Safety. We will fully cooperate with this investigation and communicate the findings and subsequent actions in an open and transparent way, within the boundaries that are legally allowed. To ensure the safety and peace of mind of members, those involved will not have presence at either campus until the investigation comes to some definite conclusions."