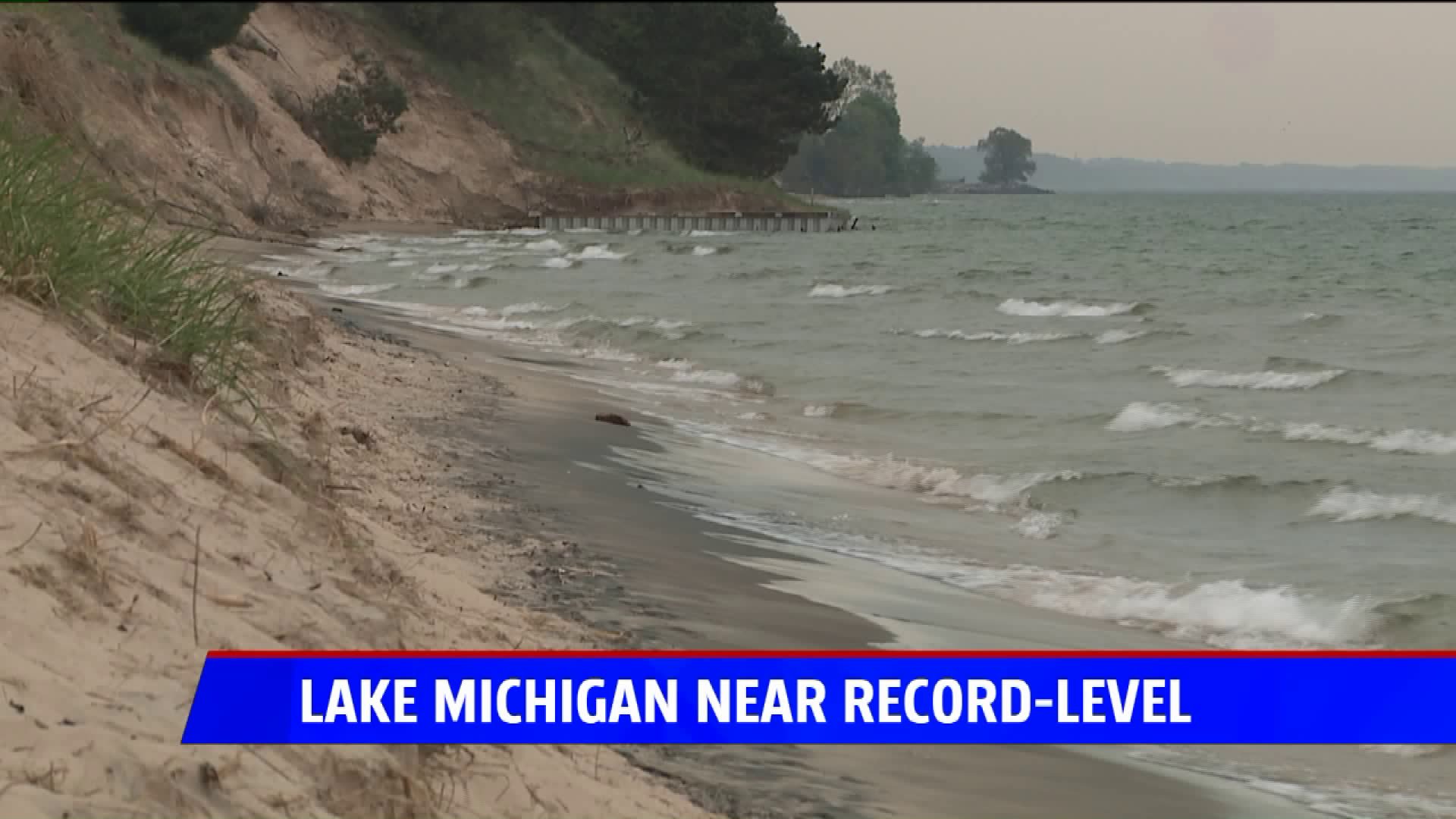 MUSKEGON, Mich. — If you have been to Lake Michigan shoreline, you may have noticed that there isn't as much of it this year.

Water levels on Lake Michigan and Huron are expected to peak in July, rising another 7 to 8 inches from where it is now. This will likely still fall just shy of the monthly record for June and July. Levels are then forecast to slowly recede during the fall.

The higher levels have been good news for shipping companies and cruise lines, which have been able to move bigger vessels through the lakes. However, it is causing problems for property owners and marinas, with flooding and shrinking beach areas.

Heavy snowfall and spring rains have contributed to the issue this spring.  In May, the Great Lakes basin received 28% more precipitation than normal.