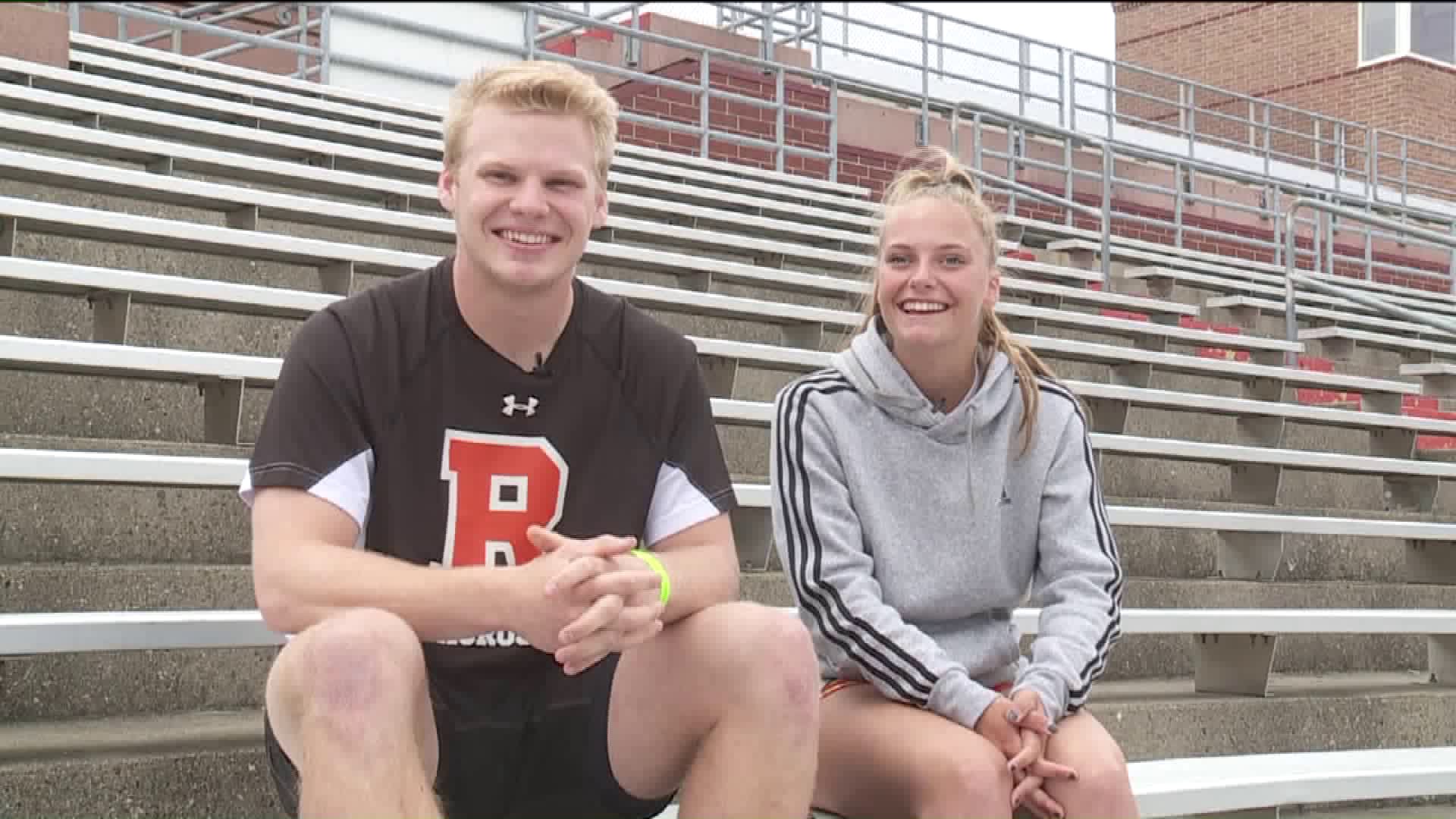 ROCKFORD, Mich. -- The Rockford High School boys and girls lacrosse teams both have a really good player with the last name Rodriguez. Katie for the girls and Ian for the boys.

The siblings grew up playing the game together, "in the backyard all the time," Ian said about playing lacrosse with Katie. "It used to be more often before school got busy, but we used to spend a lot of time in the backyard throwing the ball around."

"We have two goals set up in the backyard," Katie said, "so we will play games together."

Not surprising, each has rubbed off on the other.

"Katie is very aggressive," Ian said. "When I watch her play, I do see a lot of myself in her, just because she hung around boys lacrosse for so long before she could get going in girls. So I think a lot of the boys game transferred into the way she plays."

"I see him a lot of the time. He likes to take control up top, and he has really good vision of the field," Katie said. "I feel like he will dodge sometimes, but he also knows when to give the pass to the open player."

The two are competitive. Katie won a state championship last season as a freshman, so she has one up on her older brother.

"Lately, there has been a lot of competition just because -- what six or seven state championships, going to be seven?" Ian said, referring to Rams dominance in girls lacrosse. "We butt heads sometimes and give each other crap. It is all lighthearted."

Katie is hoping Ian can get a state championship this season.

"It would mean everything," Katie said. "On Wednesday, our games are scheduled at really similar times. If they lose, I won't get to see his last game, but if they can keep going, then I get to see him win. So, I'd love that."

Ian knows his sister has a bright future in the next two years at Rockford.

"If you can keep on with the Rockford girls lacrosse tradition, you've got three more state championships for you guys," Ian said.

The Rockford boys play Brother Rice at Lansing Catholic at 6 p.m. Wednesday, while the girls play Birmingham Unified at 7:30 p.m. at Grand Ledge.