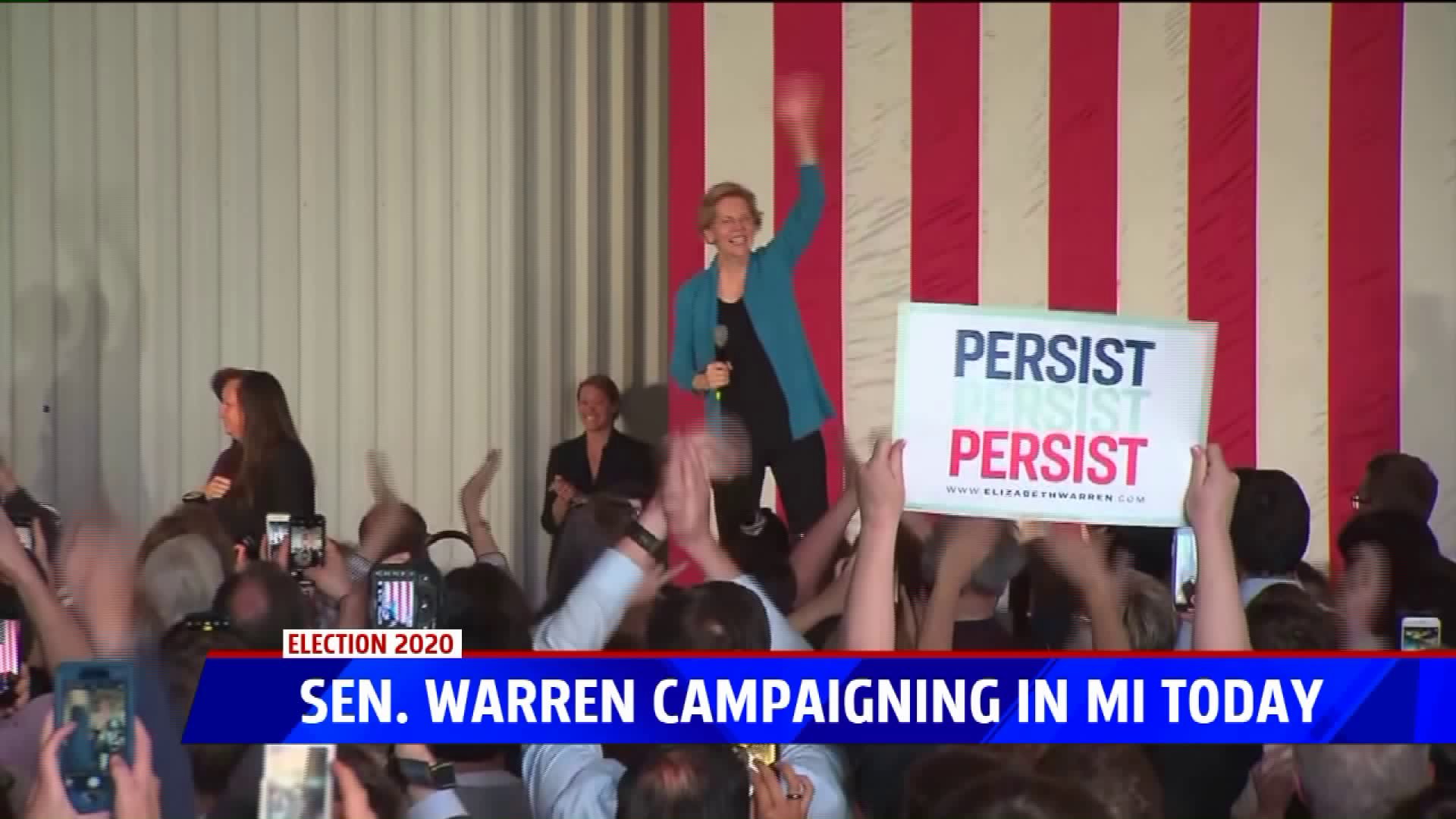 MICHIGAN -- U.S. Senator Elizabeth Warren will be making two campaign stops in Michigan Tuesday in both Lansing and Detroit.

The democratic presidential candidate will be speaking in Detroit before hosting a town hall at Lansing Community College later on tonight.

Warren is one of several  other 2020 democratic presidential candidates campaigning in Michigan ahead of the primary, like Kamala Harris, Beto O'Rourke and Bernie Sanders.

Detroit will host a Democratic Presidential Debate on July 30 and 31.

Our political reporter Ahtra Elnashar will be there and bring you coverage both online, on our Facebook page and on Fox 17 News at 10.