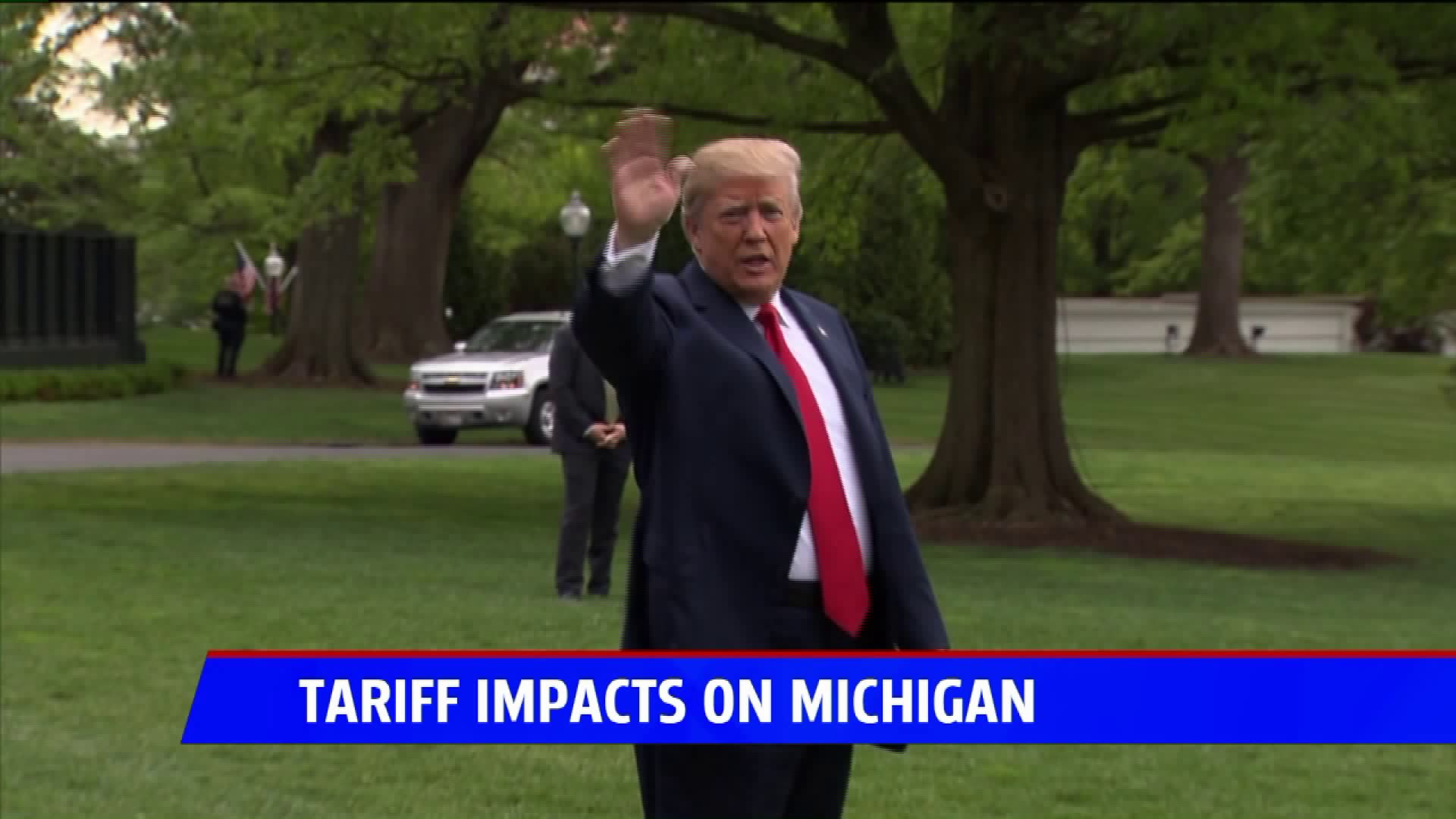 “Where we’re at right now, those prices will likely be passed onto consumers very quickly," says Dr. Paul Isely, the associate dean at the Seidman College of Business at GVSU.

Trump plans to impose a 5% tariff on all goods from Mexico, starting Monday. The goal is to get Mexican leaders to do something to stop the flow of illegal immigrants from Central America into the United States. The tariffs would increase by 5% until October, when the maximum of 25% is reached.

Trump says once the problem is "remedied," the tariffs will be lifted.

Isely says it's difficult to tell if these tariffs will successfully curb illegal immigration because using tariffs in this way is unprecedented.

“We don’t know if it’s effective because no one’s really ever used a tariff to address things that don’t deal with the trade of goods," Isely says.

“We know that it’s going to become more expensive to produce automobiles," Isely says. "We know that gasoline prices are going to be higher than they would without them and we know that the markets available to farmers from West Michigan is going to shrink. The combination of those three things is not good for West Michigan.”

With one in five Michigan jobs related to the car industry, Michigan would be one of the hardest hit states, according to Isely. He fears it would lead to layoffs by the end of 2019 and potentially something worse.

“My team is still looking at the probability of a recession really growing very quickly as we exit this year," Isely says. "These types of tariffs actually pull that probability up.”

Isely says the only ones who will be impacted more than American consumers are the Mexican people, which could defeat the purpose of what Isely says is becoming a trade war.

“Interestingly enough, if you slow down the economy in Mexico, there becomes an incentive for people in Mexico to try to be in the United States and that exacerbates the immigration issue that he’s trying to solve," Isely says.

Some Republicans in Congress are speaking out against the tariffs. In order to block them, 67 senators in the Republican-controlled chamber would need to vote against the president.