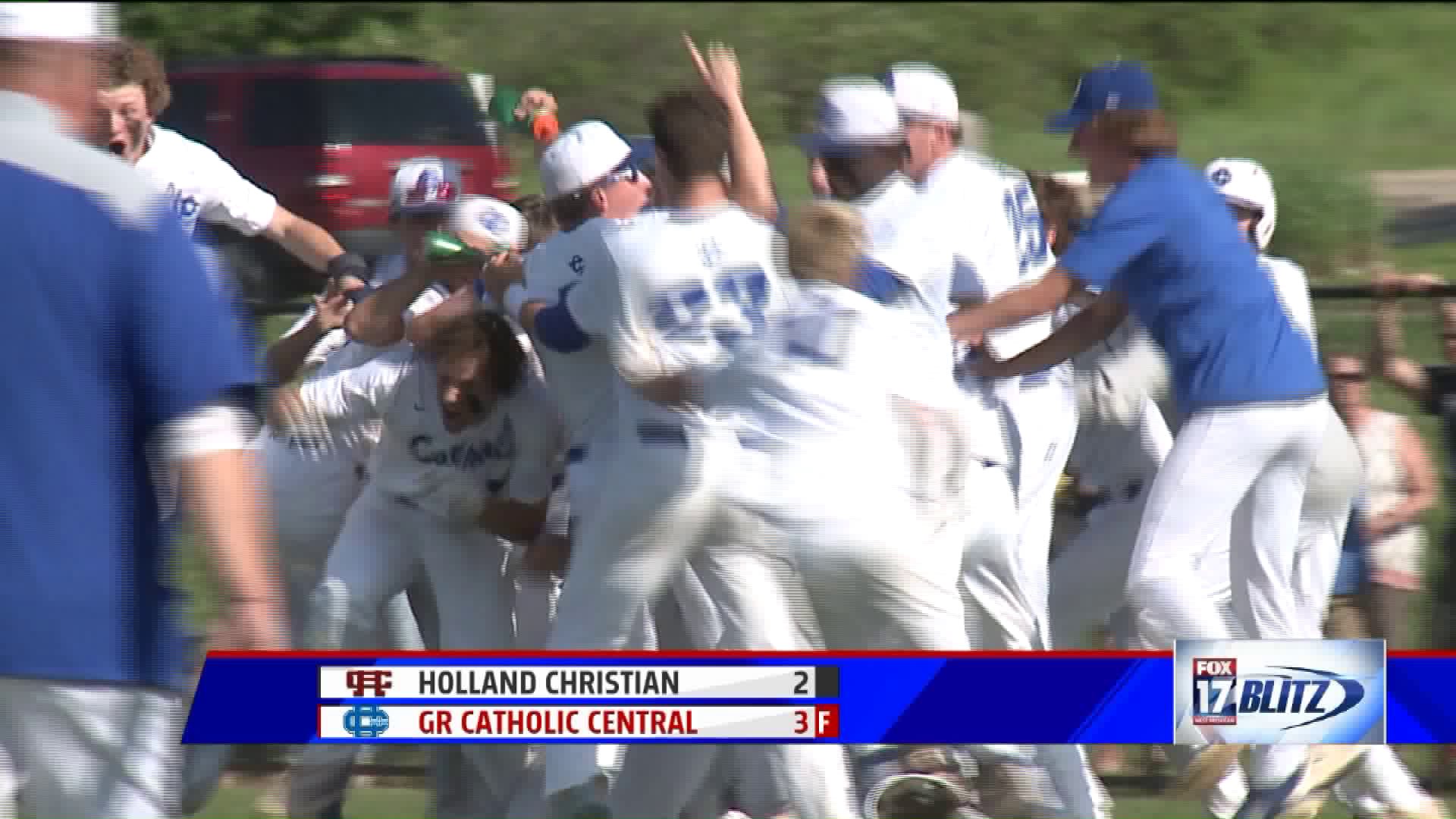 "They walked our leadoff," Tepper said. "I was like, 'You are putting me up, so I am going to get a hit here.'"

After an intentional walk to Myles Beale, who delivered a two-run single in the fifth to tie the game, Tepper singled to center to score Joe Collins with the winning run.

"(Holland Christian starting pitcher Chris Mokma) threw me a ball and came right back, and I put one right over the second baseman and won it, so it is pretty exciting," Tepper added.  "Felt like a million bucks. I'm not going to lie, I was pretty excited. I was 0-for-3 before that, so it was probably the right move, but got it done."

The Cougars advance to play Portland in the super regional semifinal Saturday at Edwardsburg High School at 10 a.m.