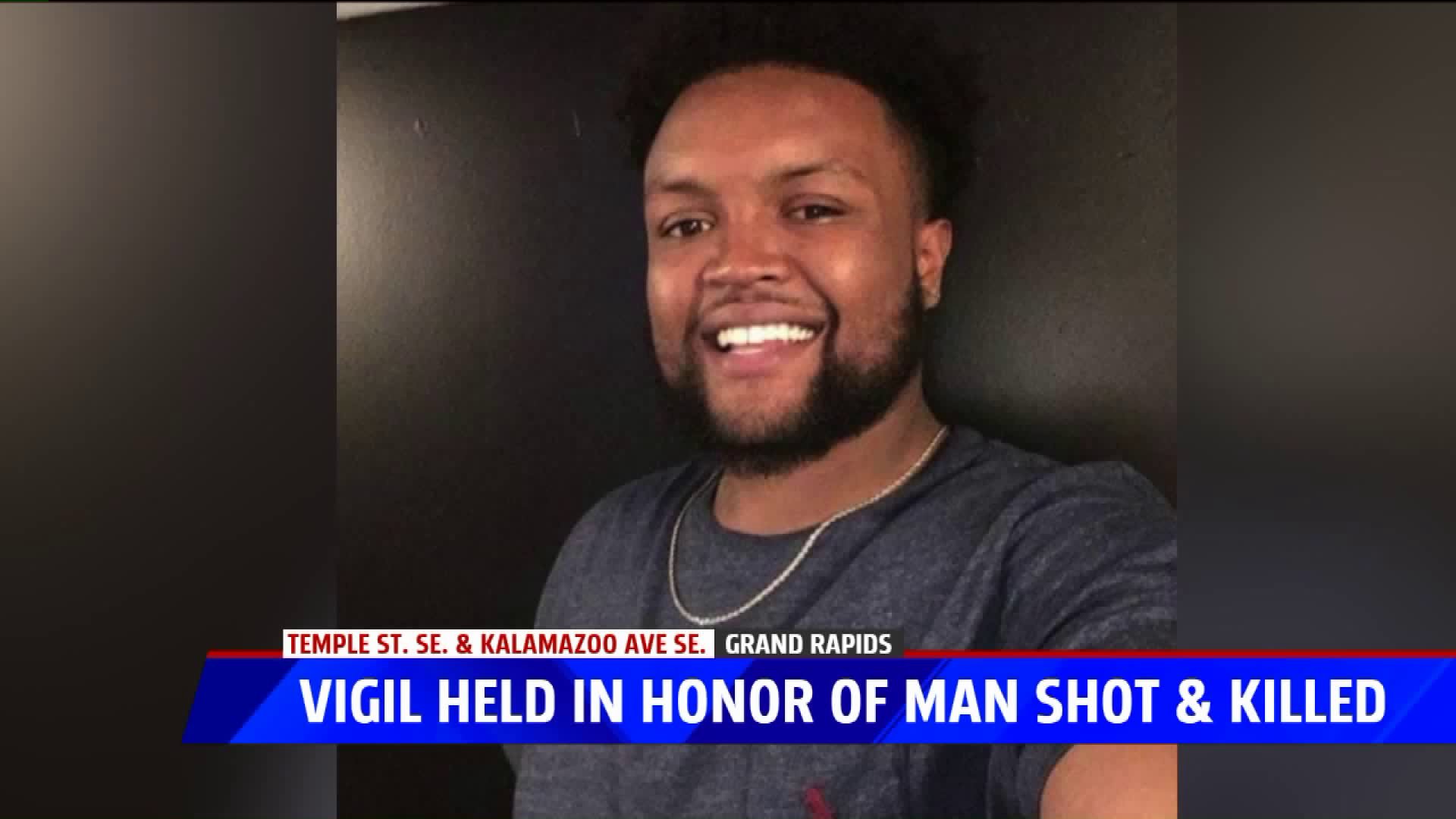 GRAND RAPIDS, Mich. — Friends and family are remembering the life of a 21-year-old man who died in a shooting Tuesday in Grand Rapids.

Dozens gathered for a vigil to honor Javon Holloway in the area where he died, where candles and loved ones replaced crime scene tape.

Holloway’s family remembers him as a family man who loved life.

“He had a lot of spirit, he always smiled, he definitely was a family man, and he was definitely so excited when he had his first son,” said Shamarie Johnson-Cook, Holloway’s cousin.

The family received news around 9:15 p.m. Tuesday that Holloway had been shot on Temple Street in Grand Rapids and was taken to the hospital where he later died. As of Wednesday night, they said they didn’t know much more.

They’re asking anyone with information on what happened to come forward so they can get justice for their loved one.

“We’re just like, ‘if anybody knows anything, say something,’” Johnson-Cook said. “I know a lot of people live by the street code, that don’t tell, if you’re a snitch or a rat or whatever you want to call it.

But yourself in our shoes, and if it was your family member, your brother, your son, your nephew, your great grandson, you would want to know.”

No arrests have been made at this point in the investigation.