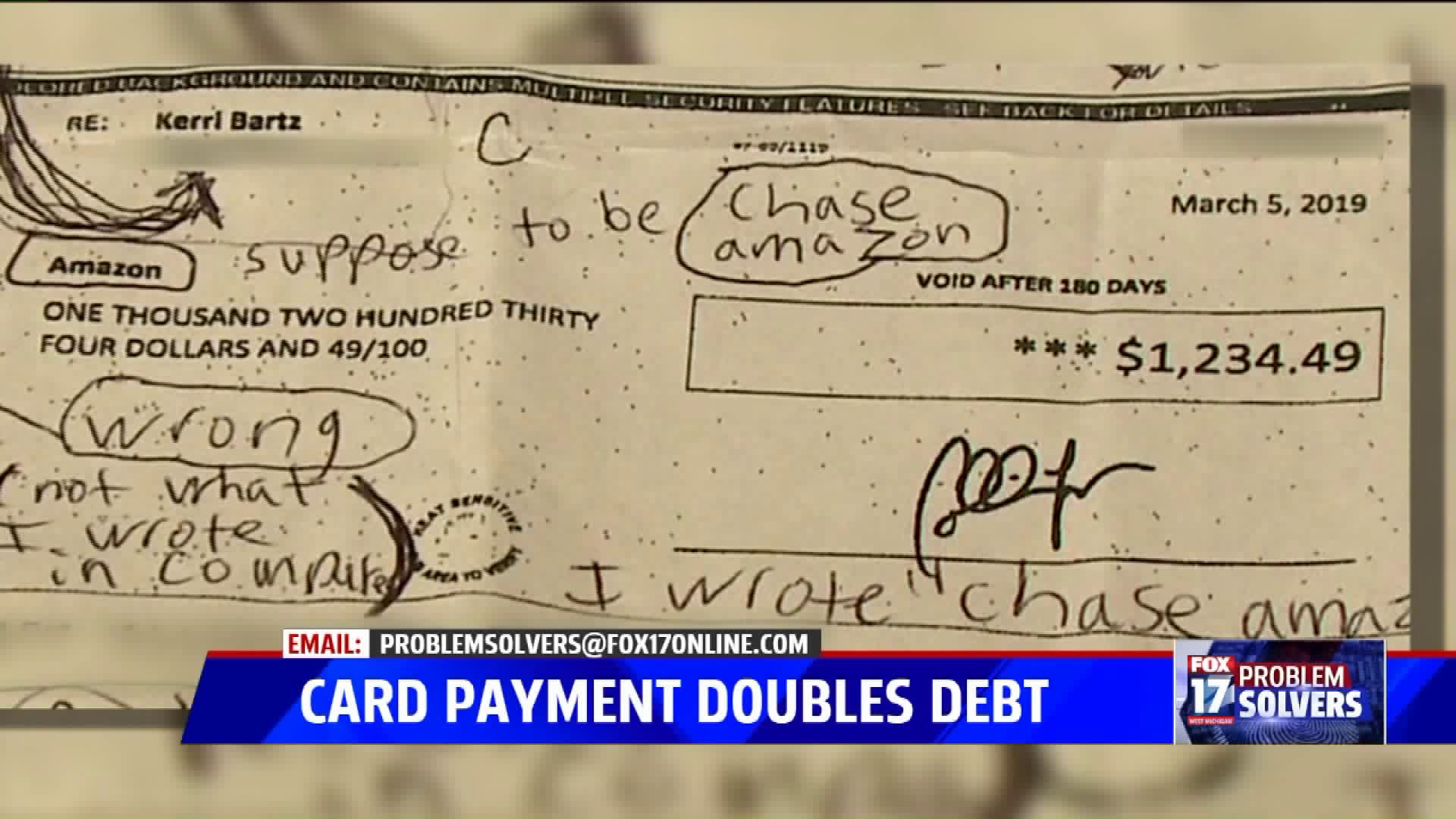 CALEDONIA, Mich. -- Kerri Bartz said trying to save money actually ended up doubling her credit card debt. The Caledonia woman tried using a credit card with zero interest to pay off another card.

In early March, Bartz said she wanted to pay off her Chase Amazon credit card to avoid paying monthly interest. To do that, she signed up for an interest-free credit card through Ollo.

Ollo wrote a check to pay off the Chase balance of $1,234.49. Here's the problem: that check ended up with the wrong company. She admits she made a mistake.

"What I did wrong was I put Amazon's address (instead of Chase)," Bartz said.

She has a letter from Chase that states the check "did not post to your account because Amazon received it and cashed it."

"We're barely making it. We need that money back," Bartz explained.

Despite calling each company to try to rectify the situation, she said she "can't get anywhere with the people who will actually answer the phone."

Bartz said she tried cancelling the Ollo transaction within six days but was repeatedly told to wait 30 days. Three months later, she said the money is still unaccounted for. The Problem Solvers had her check her Amazon account gift card balance which shows a zero.

So the Problem Solvers emailed Amazon corporate, explained Bartz' dilemma, and asked someone to investigate. We also messaged Ollo through Twitter and received an email address to send over pertinent information.

Bart said, "I've spent hours and hours and hours on the phone, and they tell me to talk to this person. They keep pointing the finger at somebody else, and I can't get anybody to give me my money back."