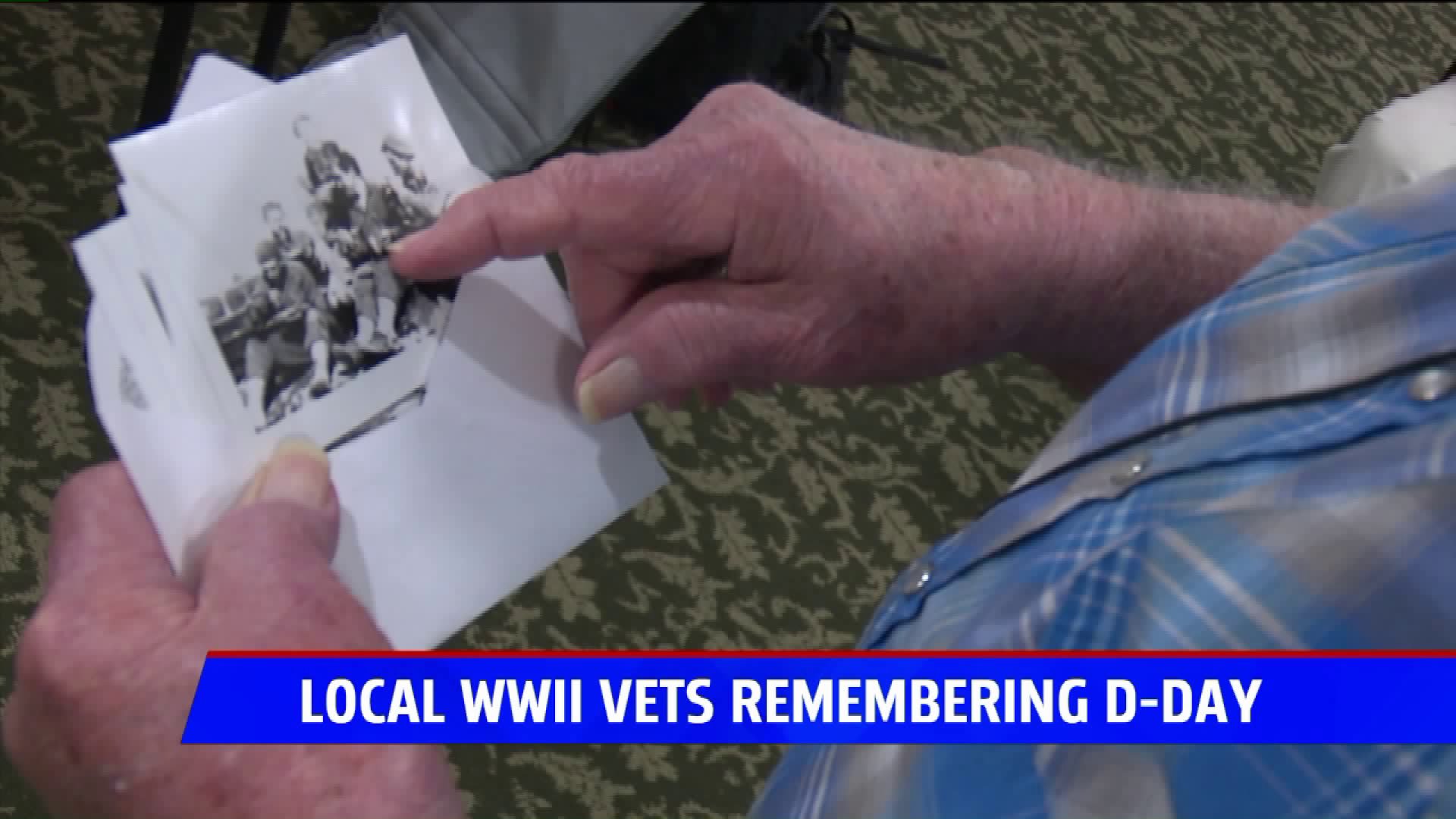 GRAND RAPIDS, Mich. — Local veterans in West Michigan are remembering their time in service on the 75th anniversary of the D-Day invasion.

Thursday marks 75 years since the Allied forces stormed the beaches of Normandy, causing thousands to lose their lives in the process.

FOX 17 had a chance to speak to several World War II veterans living at Covenant Village of the Great Lakes  retirement community.

“Once you tell the story, it becomes a little easier, but it also becomes a very emotional thing ... It's a matter of unloading," veteran Milton Moxon says.

Moxon still holds on to an envelope of photos from his time serving on the front lines in France.

One photo shows a man he says saved his life.

“He actually sacrificed his own feelings and the pain he was enduring to stop and save me," Moxon said.

Ninety-five-year-old Mary Holland and her 92-year-old brother Dan Doane are both veterans living in Covenant Village.

The two share stories of their time in the service, both serving worlds apart.  Mary Holland served in New York and California, while her brother was in Japan.

"I was going to get married and I knew he was in Japan and I thought, 'I wonder if he could get any silk for me.' So I wrote him and asked him and he got me a silk parachute ... and made my wedding dress out of this silk parachute," she said.

The two urge younger generations to look the realities of war in the face.

“They don’t realize how the world hinged on what we did in that war. If we had not won it, and there were many instances where it was touch-and-go, the world could have been entirely different from it is today,” Holland says.