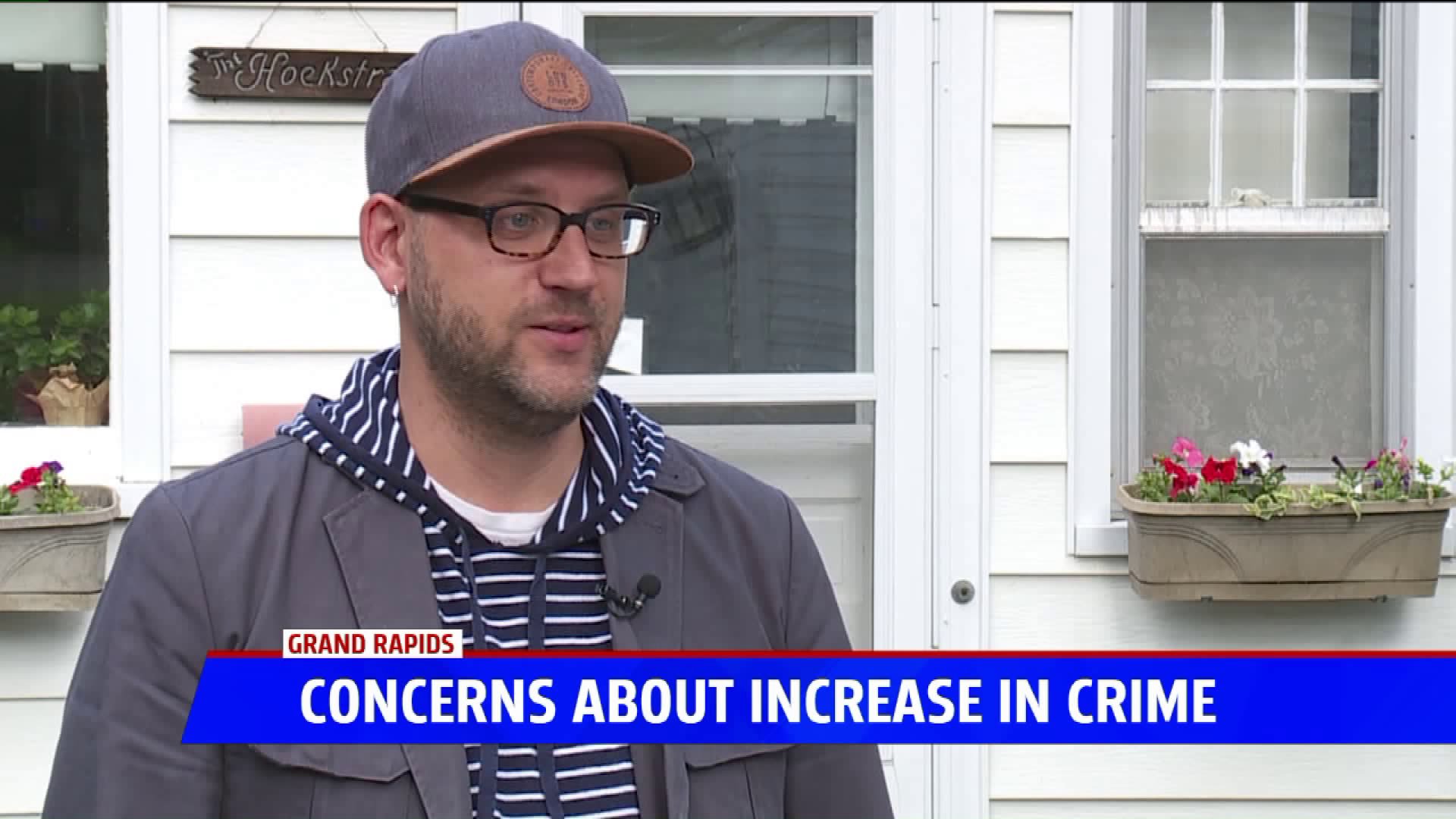 GRAND RAPIDS, Mich. — People who live on the west side of Grand Rapids are concerned about growing crime in the area.

Residents have been posting on Facebook about their experiences with crime such as vandalism, theft and break-ins.

Earlier this week, Jeremy Hoekstra was one of many residents who posted their experience on the We are Westsiders Facebook page.

Hoekstra was in his upstairs recording studio when he turned and saw a man with a bandana, holding a knife.

"I had my headphones on, listening to some new tracks," said Hoekstra. "All of a sudden, I turned and there was a guy standing there with a knife, yelling ‘where's the money at?’"

The guy asked him specifically to locate a safe with money. However, Hoekstra explained that he didn't keep cash in the house. He ended up taking some tech gear, credit cards, his phone and other valuables.

The thief did leave behind a laptop that contained Hoekstra's tracks and professional music.

As the man was getting ready to leave, he made Hoekstra lie down on the ground.

"Just before he was leaving, he was like, 'I want to say something to you. I'm not going to hurt you. I'm sorry that I had to do this,’" said Hoekstra, who filed a police report shortly thereafter.