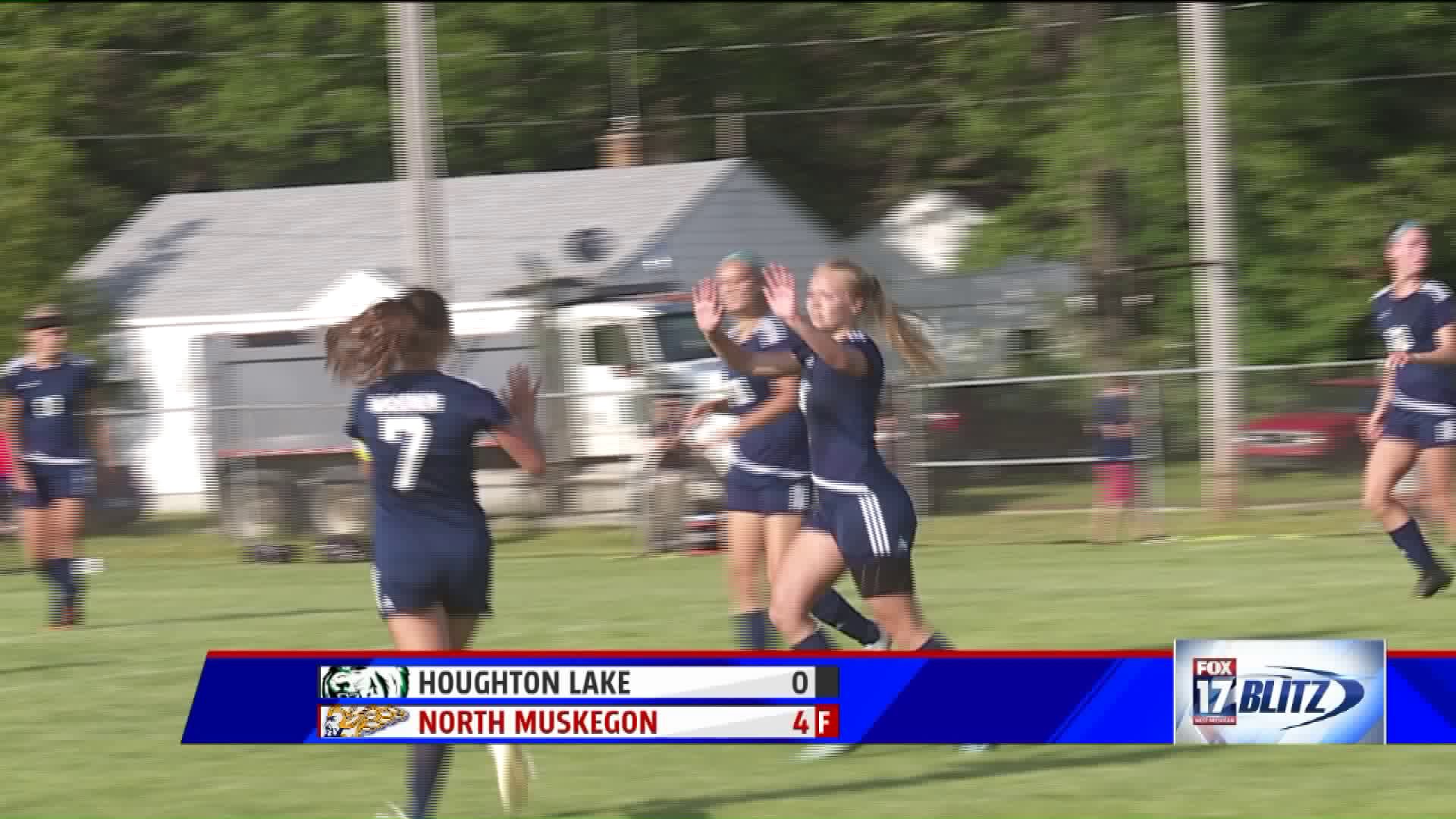 The Norsemen win the division 4 regional

"Houghton Lake gave us a good game today,"  Norsemen senior Kedal Hoppa said. "They gave us everything they had. They weren't timid at all ... We knew we had to work for it.  Nothing's going to be given to us, so we're going to come out to every game, every practice, and we're going to learn. We're going to get better, and we're going to work hard, because we want that state title."

The Norsemen scored two goals in the first half on their way to the win.

"This feels amazing," said Sophie Mueller, who scored a goal and had an assist. "I can say it wasn't just my effort; it was everyone on the team going hard, wanting to win it. 'Got to want to win it' is our motto, and we proved that today."