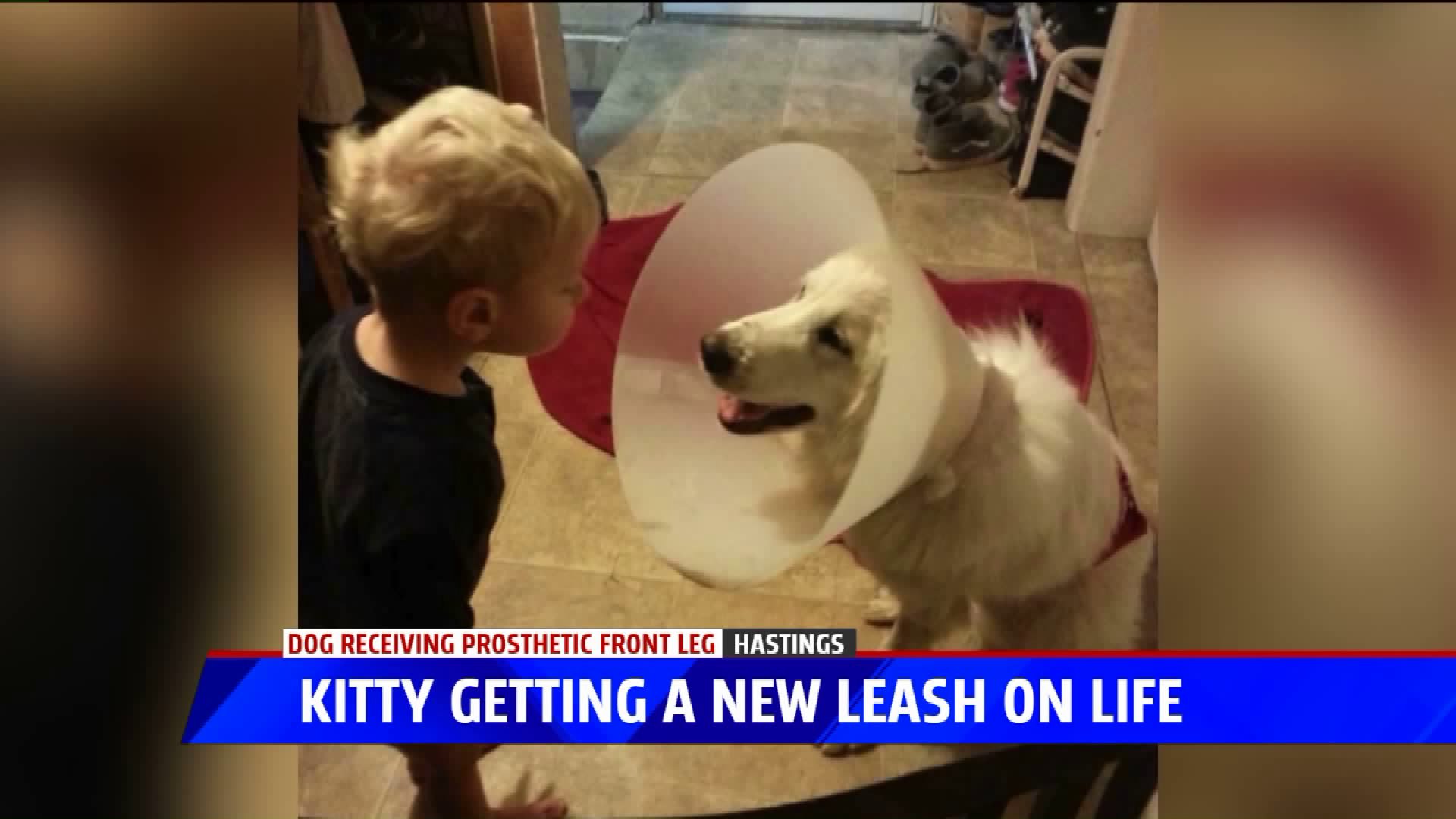 HASTINGS, Mich. — When the Miller family’s dog got hit by a truck last year, they thought they would have to put her down.

“We really didn’t think she was going to survive it,” Alicia Miller said of the November incident. “I was out here, watching her breathing, and I thought ‘well, she’s not breathing labored, even though she’s got this huge gash and it looks like you can literally see her lungs.’”

Miller says she wasn’t sure Kitty was going to survive to the hospital.

“Right then, she jumped up like ‘that’s not happening,’” she said.

Fortunately for the family, all the crash cost their dog Kitty was one of her legs.

Since then, Kitty has been living a happy life on three legs. But that is going to change soon after a local prosthetic company offered to help Kitty move around like she used to.

“She’s beautiful, but needs a little help, for walks, and those kinds of things,” said Sean Taylor, Laker Prosthetic owner.

To help her do that, they’re making Kitty a custom leg because she still has a lot of life ahead of her.

“Lot of life ahead of her, so hopefully this will save some of her other joints from wearing out too quick, so she can get out and be a dog again,” Taylor said.

Kitty’s permanent prosthetic leg will be ready next week.