Union workers at V.A. Medical Center in BC protest to keep workplace rights 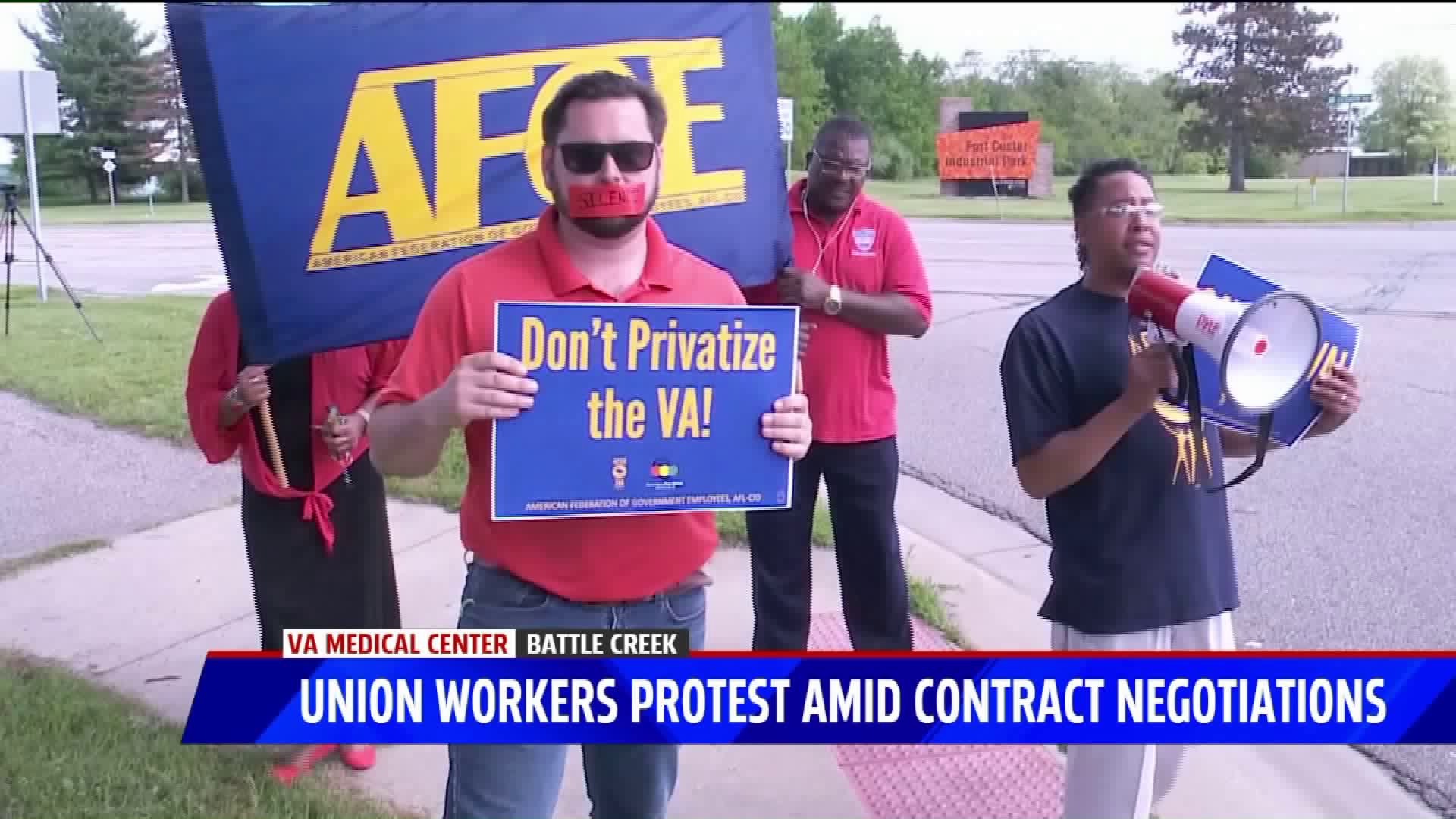 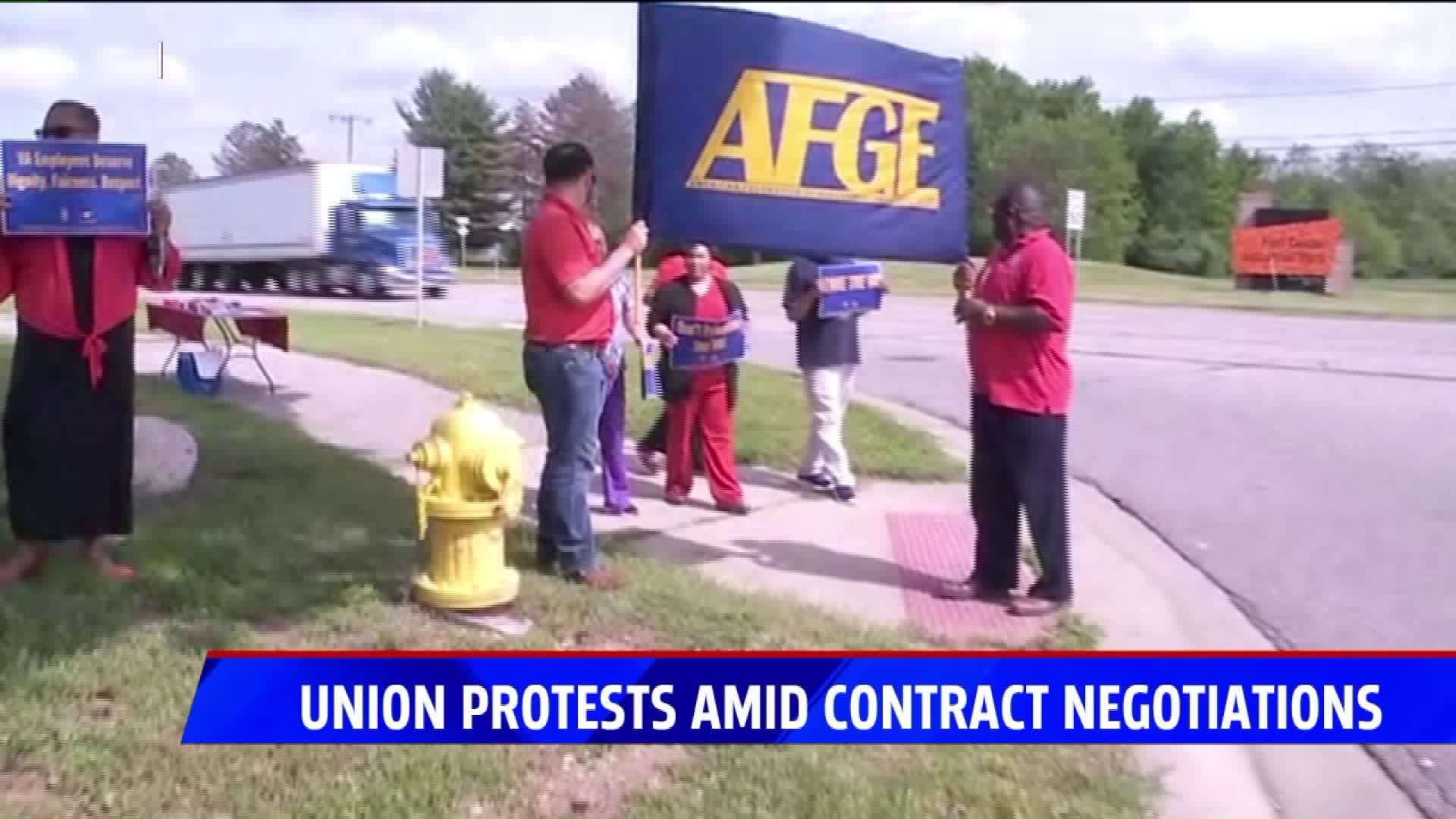 BATTLE CREEK, Mich. — On May 27, labor contract negotiations began between the American Federation of Government Employees and the Department of Veteran Affairs.

According to the union, the talks have broken down since then due to the department's proposal to take away employees’ rights.

On Thursday, union workers at the V.A. in Battle Creek decided to do something about it and protest.

About a dozen union workers stood on the sidewalk on Dickman Road chanting "hey, hey, ho, ho - union busters got to go." They held signs that read "Save the V.A." and one AFGE representative put red tape over his mouth that has the word silence on it.

“We just began negotiations,” said Cheek, who’s worked at the V.A. for more than 20 years. “So already some of the things that were in the previous contract is being stripped.”

Cheek said under the current contract there are 66 articles. The department has proposed taking away 42 of them. Rights like grievances, time-off, and whistleblower protections are all in jeopardy, he said.

He said the health and well-being of veterans is their top priority. The union fears that the departments want to privatize the medical center, which the union believes will have an adverse affect on the vets.

“Sitting at a doctor’s office is not the same as being around other veterans and sharing your story,” Cheek said. “We have so many programs here, therapists and doctors that specialize in helping veterans (and) military illnesses.”

He said the medical staff at the V.A. know how to treat PTSD and depression because they know what veterans go through.

“Who serves veteran illness better than V.A.?,” Cheek asked. “Nobody.”

The V.A. in Battle Creek, on behalf of the administration, released the following statement, which reads in part:

“Whether through its condemnation of the MISSION Act or its efforts to repeal the VA Accountability and Whistleblower Protection Act, AFGE has consistently fought for the status quo and opposed attempts to make VA work better for Veterans and their families. Now AFGE is taking the same approach with its refusal to accept commonsense improvements to its collective bargaining agreement. Here are the facts: VA is working to renegotiate its contract with AFGE in order to improve medical care, customer service, and staff accountability while maximizing value for Veterans and taxpayers.”

The statement says that the new contract includes a number changes like:

The AFGE believes that what the administration is doing is “union-busting.” The union said they will continue to protest until the contract negotiations are done.