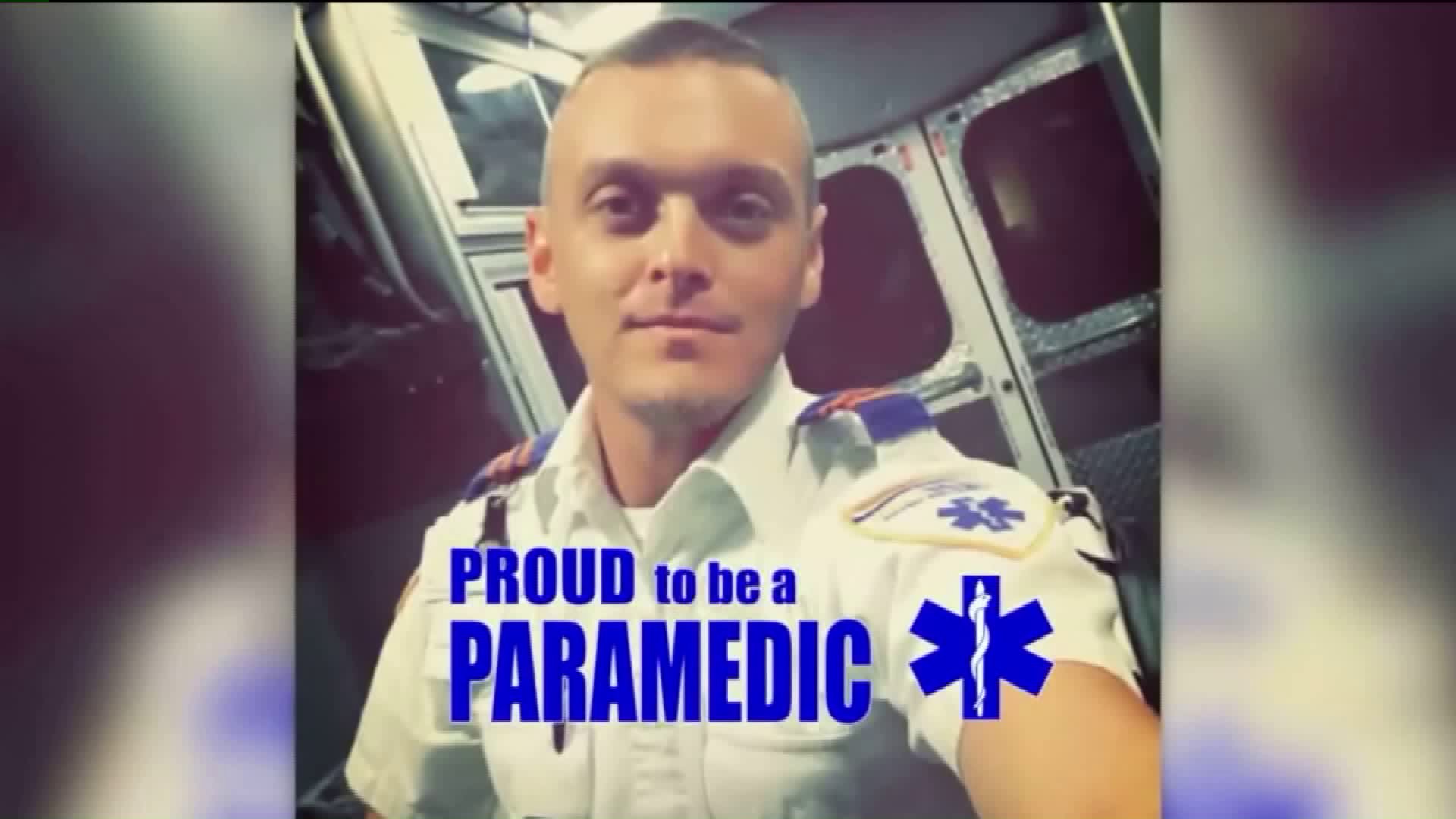 BC mom says paramedic went `above and beyond` for his job

It was February 2015 and she was having a supraventricular tachycardia attack for 45 minutes, which made her heartbeat abnormally high. She couldn’t see during the episode and had difficulty breathing by the time Lindsey arrived.

“The paramedic who was with him was already getting me ready for the paddles, putting the stickers on my chest and Kyle was like 'she’s pregnant, just give me a second,'” VanValkenburg said.  “And I remember the whole time my mother and I were just begging for him to save the baby.”

He got her heart stabilized which ultimately saved both of their lives. Dylan was born two weeks later.

“Actually the day that my son was born, I was telling one of the nurses of him saving the baby and she went downstairs and got Kyle and had him come up and meet Dylan,” VanValkenburg said as her voice began to shake. “So I’m actually glad he got to meet him. I almost named (Dylan)  after him.”

VanValkenburg was overcome with joy that day, she remembered. However, since Thursday, she’s been grieving after learning on social media that Lindsey died.

Lindsey was a paramedic with LifeCare and a firefighter with Leroy Township.

VanValkenburg said everyone loved him because of his contagious positive spirit. Lindsey saved her life four times since that first encounter in 2015.

Whenever an ambulance pulled up to her home and he walked out, April said she immediately felt better.

“The last time he saved me I was back in SVT two months ago. He came in my apartment (and) as he was coming and I saw him and I said ‘Hey Kyle do you remember me? You saved my life,'” VanValkenburg said. “He said ‘let’s see if I can do again.’”

Lindsey's cause of death has not been released at this time. However his obituary states that he died Wednesday in his home.

“The world will be a darker place without Kyle in it,”  VanValkenburg said. “He was the best at his job.”