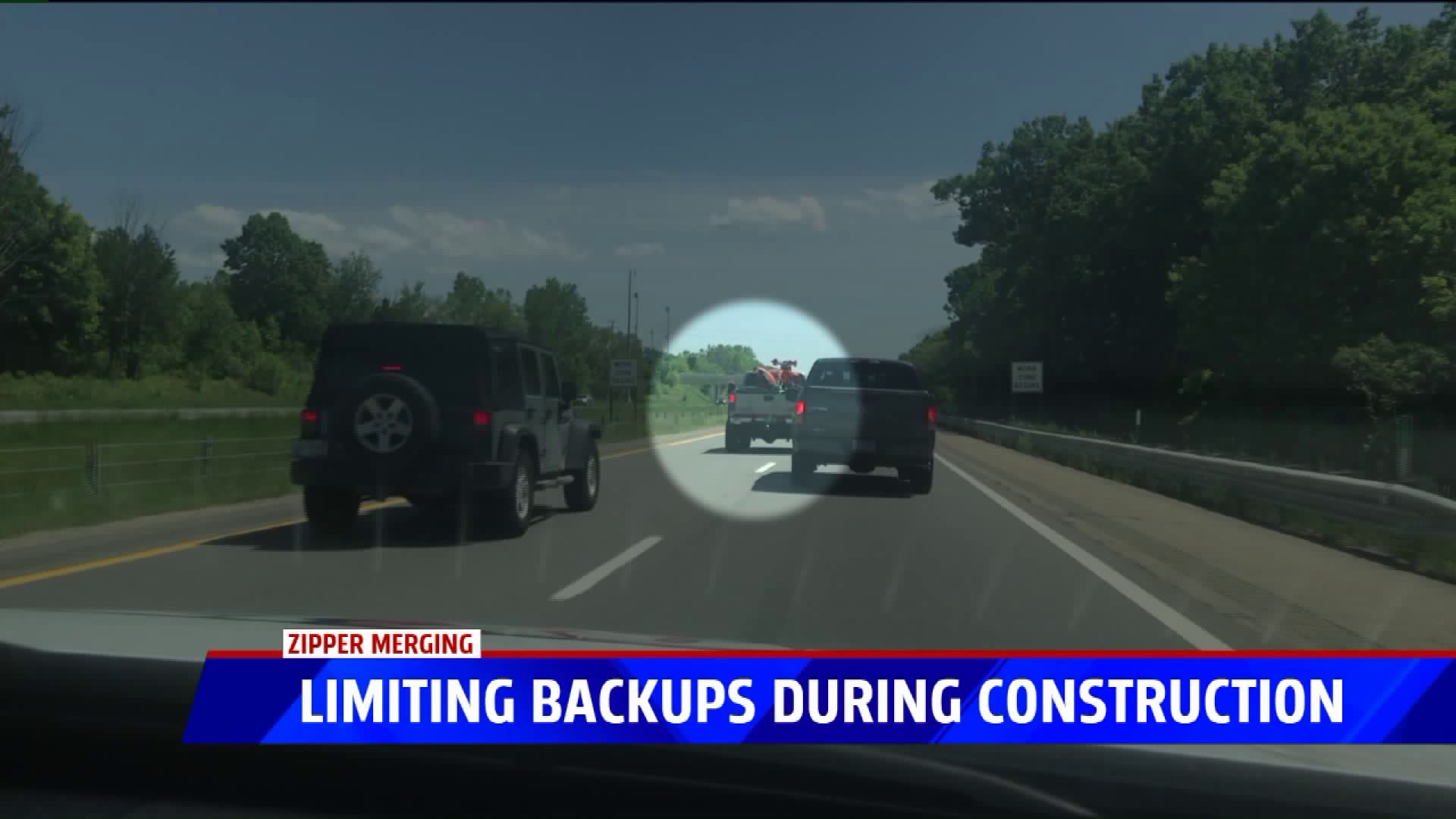 GRAND RAPIDS, Mich. -- With new construction projects popping up in West Michigan, the Michigan Department of Transportation continues to promote the right way to "zipper merge."

While MDOT says it's straight forward maneuver, many drivers don't follow it which can create some dangerous situations.

The purpose of a zipper merge is to limit backups during heavy traffic, drivers are supposed to use both lanes  until the merge point and take turns filing in. Though many still get in one lane early and stay there.

According to  MDOT it’s not cutting in line, it's the correct thing to do. Some apparently take offense.

"Regardless if it’s a zipper or not a zipper you get those folks that want to block the open lane, and that does nothing except induce road rage and create a dangerous situation so we ask motorists not to do that," Richard, added.

FOX 17 caught a driver doing just that near Grand Rapids.

A pickup truck was driving in the middle of both lanes, preventing cars from traveling down the left.

"There’s two open lanes everyone thinks they have to go to the right, you get the one outlier that comes along and looks like the odd duck compared to everyone that got over, and then somebody takes it upon themselves to get out and block them and really it does nothing," Richard, described.

Later on, the same truck veers into the left lane again, cutting a car off just before the merge point.

"If you see people following the rules and using both lanes until the merge point, the people that got over early get all upset about it and they try to block them and we don’t want that situation to occur," Richard added.