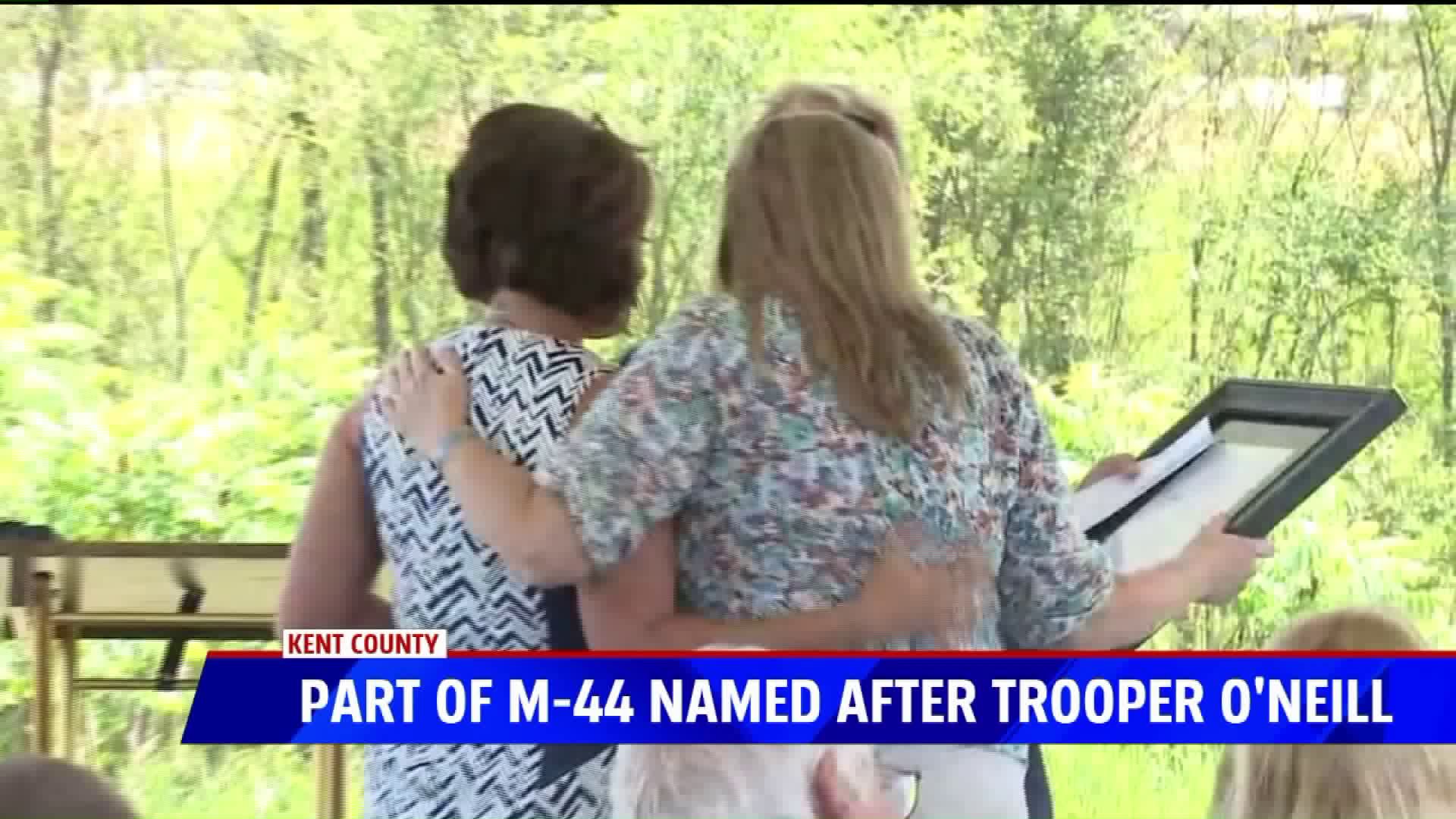 PLAINFIELD TOWNSHIP, Mich. - A portion of M-44 has been renamed in memory of a fallen Michigan State Police Trooper.

O'Neill was on patrol on a motorcycle when he was killed in a crash on September 20, 2017. He had worked out of the MSP Rockford Post since 2014.