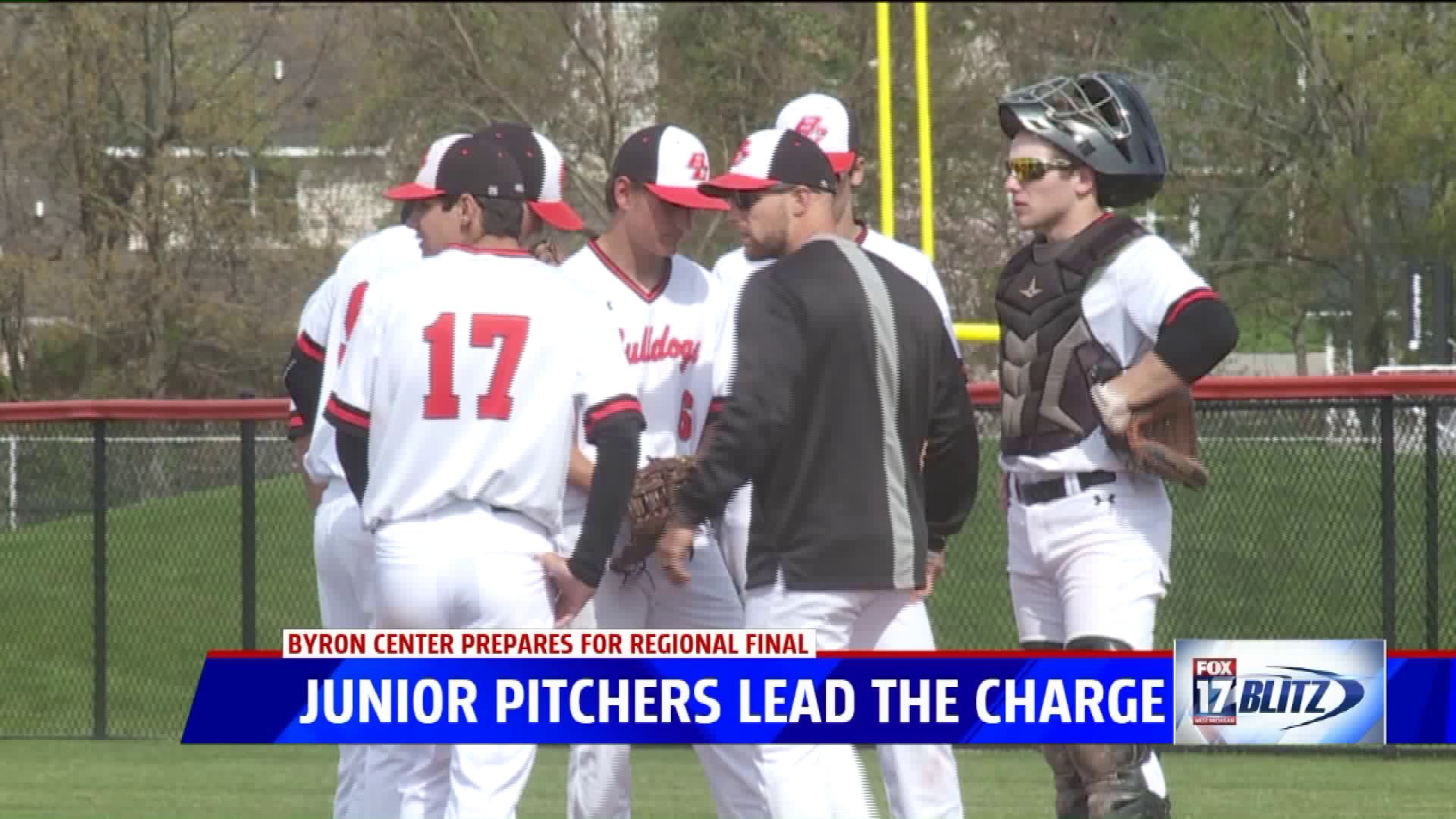 The Bulldogs get set to play Rockford in the Regional

"We'd do anything for each other," VanderMarkt said.

"I'd do anything for these guys," Schuelke added, "these are my brothers, I know a lot of people say that but these are actually my brothers."

"They all grew up together and have been playing together since they were young so that part of it is really cool," first-year head coach Pat MacKenzie said.

The three juniors have led the Bulldogs on the mound all season long, posting a combined 21-3 record, allowing just 21 earned runs in 171 innings along with 14 shutouts so far.

"Am i surprised by the numbers? Quite honestly not really," Coach MacKenzie continued, "they've been doing it all year, kudos to them, they've put in the work."

"We're going out there throwing our pitches and letting our defense work," VanderMarkt added, "we know our catcher will block every pitch we throw up there and we know our defense will make every play."

"The numbers are awesome but the only thing I care about are the wins so until we win on the last day of the year, the numbers mean nothing," Schuelke stated.

"It's been nice but we have to give all the credit to our defense and [Caleb] Regan behind the plate, they do it all we just throw it up," said Frasher.

The three juniors have also combined for two no hitters and two perfect games this season, including one from Austin VanderMarkt in the 7-0 shutout over Jenison in the district semifinals.

"That was sweet, it was a good moment to live," he smiled, "people from all over that I didn't know were coming up to congratulate me but again, that's all to the team."

The bonding between Austin, Cam and Zach began back in Little League and those days continue to fuel this postseason run.

"When we were 12-years old in Little League we actually lost in the state championship," Schuelke mentioned, "so we were like 'okay, when high school comes that's our goal now,' to win a state championship and that's what our goal has been."

Behind the plate, senior catcher Caleb Regan has been on varsity for all four years and is now calling the pitches for the Bulldog pitching staff.

The big key is having Caleb as senior catcher," Coach MacKenzie added, "we have faith in him calling the pitches and it allows all of them to work well together."

"They're the best I've caught in my four years," Regan said, "they're legit."

The Bulldogs take on Rockford in the regional championship Saturday at 10:00 AM at Hudsonville High School.