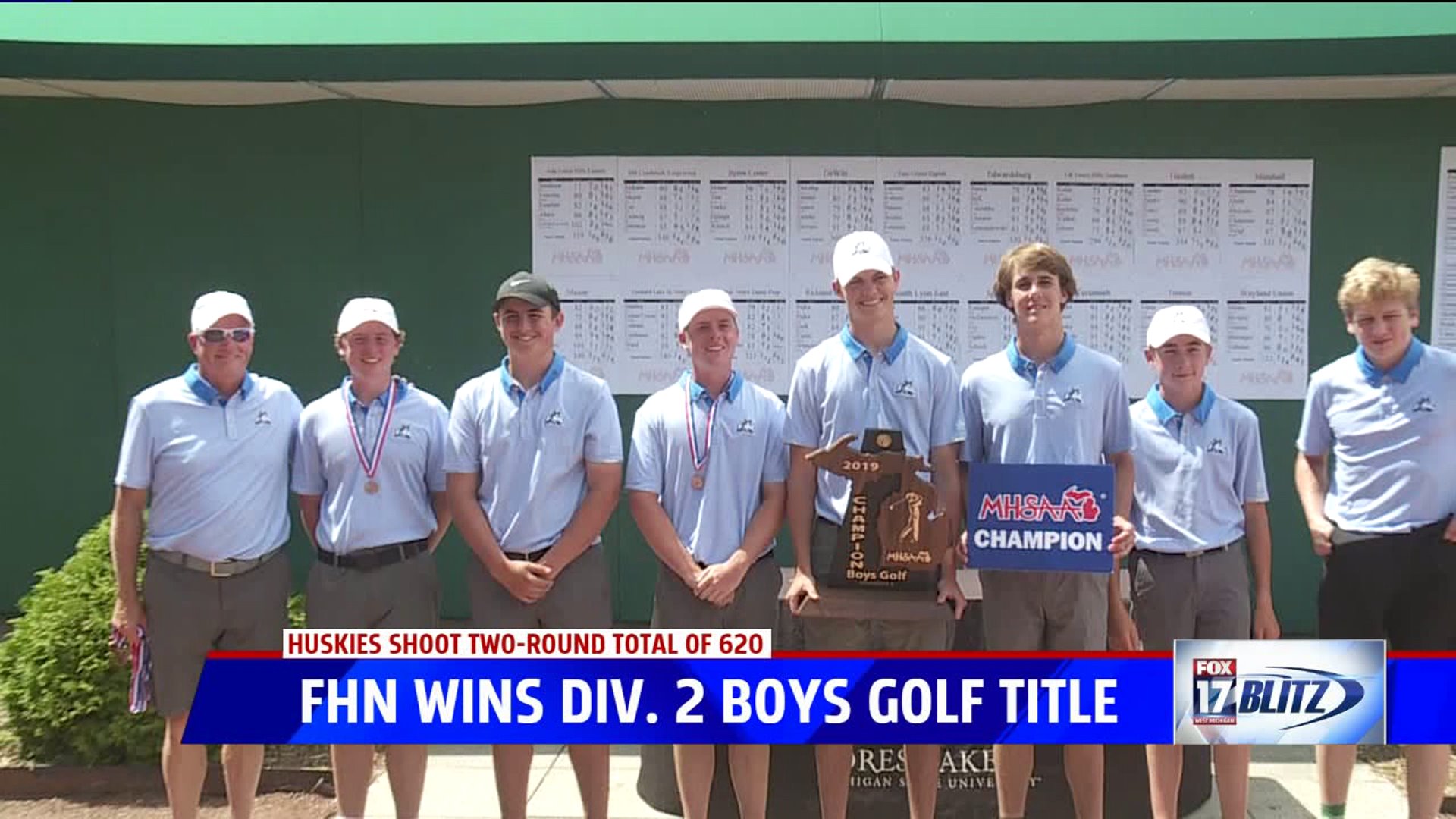 "It's a cumulation of a lot of hard work over several years," Huskies head coach Brian Telzerow said, "there's guys that were playing several years before this that raised the bar for this group to be able to get to this stage of golf."

Last season, the Huskies were in the same position but finished as team runner-up to Flint Powers Catholic by just three strokes.

"It means a lot," senior Andrew Kolar said, "last year we were second, a lot of people would consider second a good finish but we were there to win and we were disappointed to lose so to win this year feels really good, we didn't play our best but we got it done."

Northern was led by their seniors all season long, which includes the Kolar twins, Andrew and Noah who both finished in the top five individually.

"This group is so deep," Coach Telzerow stated, "we have six or seven guys that could have played in this lineup, so on one hand we have to tell a guy, 'you have to wait a year because we have four seniors graduating before you can get into that.'"

"Our six and seven guys could easily step into the lineup and we'd shoot similar numbers," Kolar added.

Similar to the dynasty FHN has built in tennis, the Huskies have now won a state championship in both boys and girls golf this season.

"We were hoping to win last year because our girls team won and this year our girls won again," Telzerow continued, "and now the boys team won so both the boys and girls teams have a state title."

"It means a lot," Smithson said, "my goal all of high school, since freshman year was to win a state championship either as a team or individually and today I did it."

"Of course, I want to do really well as a team but I was also really hoping for Brad because this kid deserves a ton of postseason honors," Eastern head coach, Frank Jenks said, "he's played a ton of golf and a ton of great golf."

Smithson finished the day with an exclamation point on the 18th green with a tough putt for birdie and he got it to go.

"I mean it was downhill sliding right and I was truly trying to just ease it down hill so I'd have a tap in but it went in so it was really nice," Smithson smiled.

Saturday gave him a taste of the future as he gets set to play to play college golf at Michigan State.

"As a team in high school I think we've played here 10 or 12 times so I know the course pretty well," Smithson said, "but to get it done and win a championship is very big."

"To watch him focus not only in practice but in matches and in fun drills, he wants to win this thing and I'm going like, 'yup, that's what it takes, that's why he's going to play Division 1 golf at MSU,'" Coach Jenks added.