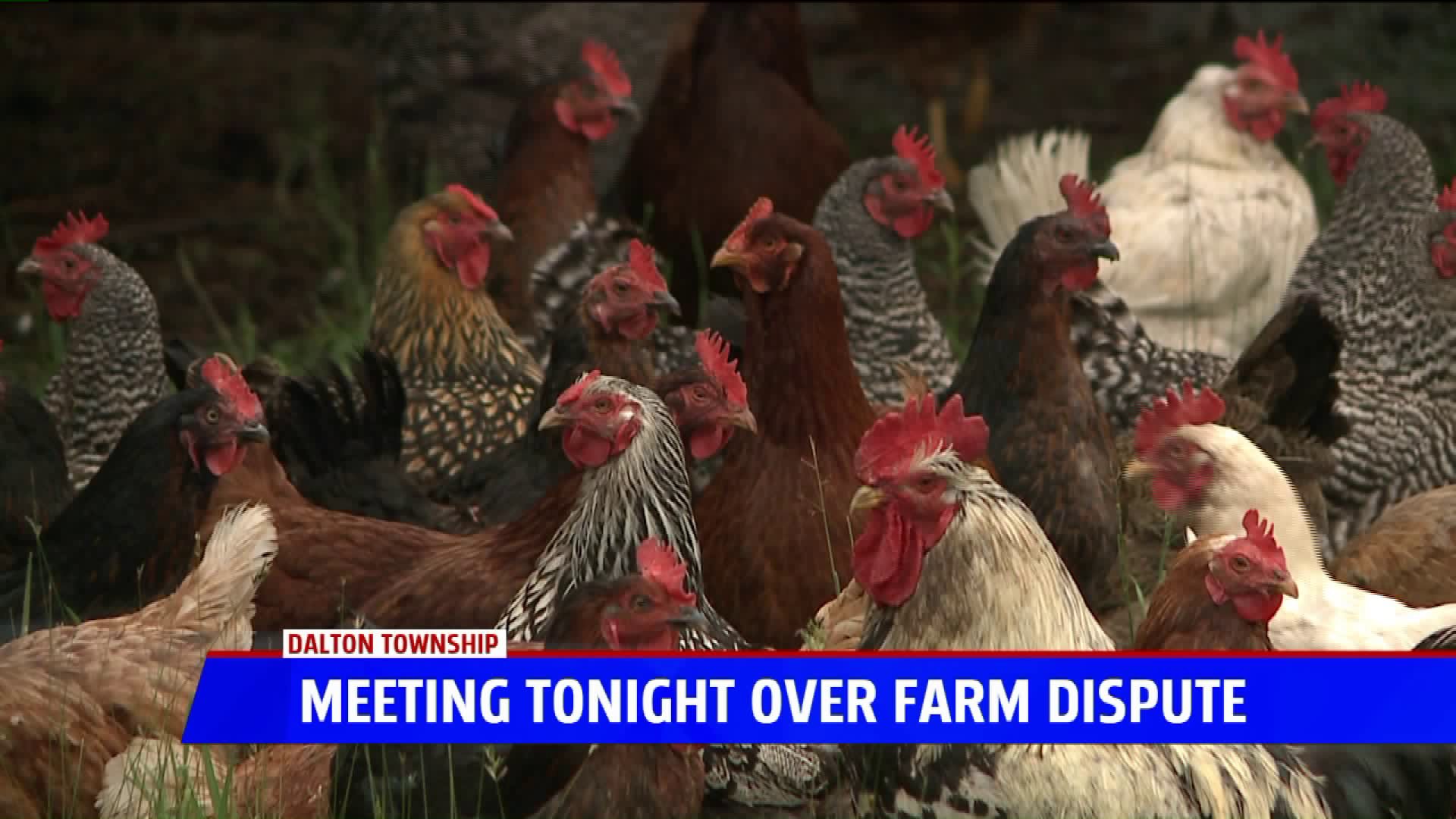 DALTON TOWNSHIP, Mich. - A Muskegon County farm is continuing to fight a $75,000 lawsuit and restraining order to stop their commercial sales.

A neighbor and the township made the complaints and Monday night, residents will get to share their thoughts about the issue at a township board meeting.

Hidden Creek Farms has been operating in Dalton Township for five years, but lawsuits filed in early May have stopped farm operations. The abrupt legal action is causing concern throughout the township.

Before Easter, the farm held a "succulent sale" that drew a large crowd. On May 8th, the farm's neighbors, Ken and Debra Wentworth, and Dalton Township filed a lawsuit against the farm. The Wentworth's claimed up to $75,000 in damages.

"We had people parking in the driveway and everything and we have actually letters from people that weren't even attending an event," says Crystal Brummans, the owner of Hidden Creek Farms. "They were just driving through and said there was no problem."

Another neighbor says that there hasn't even been a bad smell from the farm or anything.

The farm raises livestock and products and sells them. They just began hosting commercial events.

The lawsuit claims that the large crowds are disruptive and the "nauseating smells" from the farm is impacting neighbors way of life. The township's lawsuit adds that the zoning ordinance does not allow for animal breeding on the property or the commercial sale of products.

The farm is certified through the state, which is supposed to take care of compliance with state laws. The owners received a letter from the state in June, confirming their compliance.

On May 10th, a temporary restraining order was issued to prevent the farm from hosting events. Four days later, an injunction was issued to suspend all of the farm's retail activities.

"Dalton Township citizens should be very disappointed with the way the township has been handling things, not following their own ordinances and rules and regulations, and then coming over to us and trying to enforce things that they have no right to enforce," said Brummans.

FOX 17 has reached out to the lawyers and the Wentworths, but have not yet received comments. The township supervisor and zoning administrator did not respond to comments Monday.