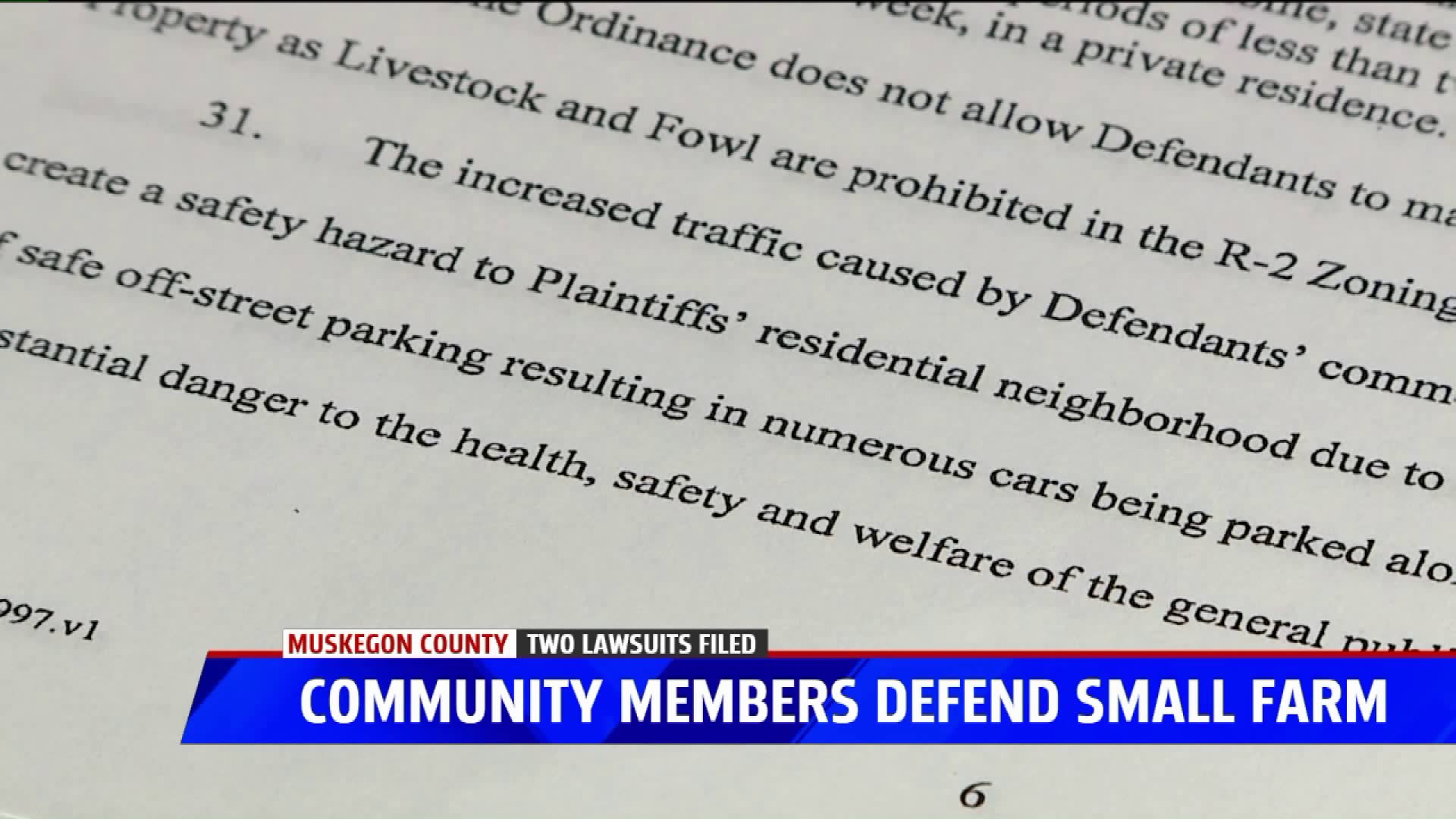 DALTON TOWNSHIP, Mich. - Dozens of people came out to voice their support for a small farm, threatened by two different lawsuits.

Hidden Creek Farm has been operating in Muskegon County since 2014.

In May, owner Crystal Brummans learned of two lawsuits.

Brummans' neighbors, Ken and Debra Wentworth, filed a lawsuit against the farm. The suit states the Wentworth family is seeking $75,000 dollars in damages, claiming the farm's events draw large crowds and is the source of 'nauseating smells.'

A separate lawsuit filed by Dalton Township prompted an injunction and restraining order. As of right now, the farm is prohibited from hosting events and preventing retail sales.

"It's probably to try and scare us," said Brummans. "We obviously don't have that much money."

Dozens of people attended the Township's public comment on Monday. Every single person who stepped forward to the podium voiced their support for the farm.

"I don't want to see the farm go," said one local citizen. "I admire it, and I respect what they are doing."

It could take weeks or months to come to some sort of settlement with Dalton Township or resolve the lawsuits in court.

The township supervisor would not comment on the situation Monday. The township's lawyer stated there is an obligation to enforce local ordinances, such as zoning ordinances. The lawyer also reiterated the township does not wantt o shut down the farm, and instead make sure it's safe.

FOX 17 reached out to Wentworth's lawyer and stopped by their home. However, they did not get back to us for this story.