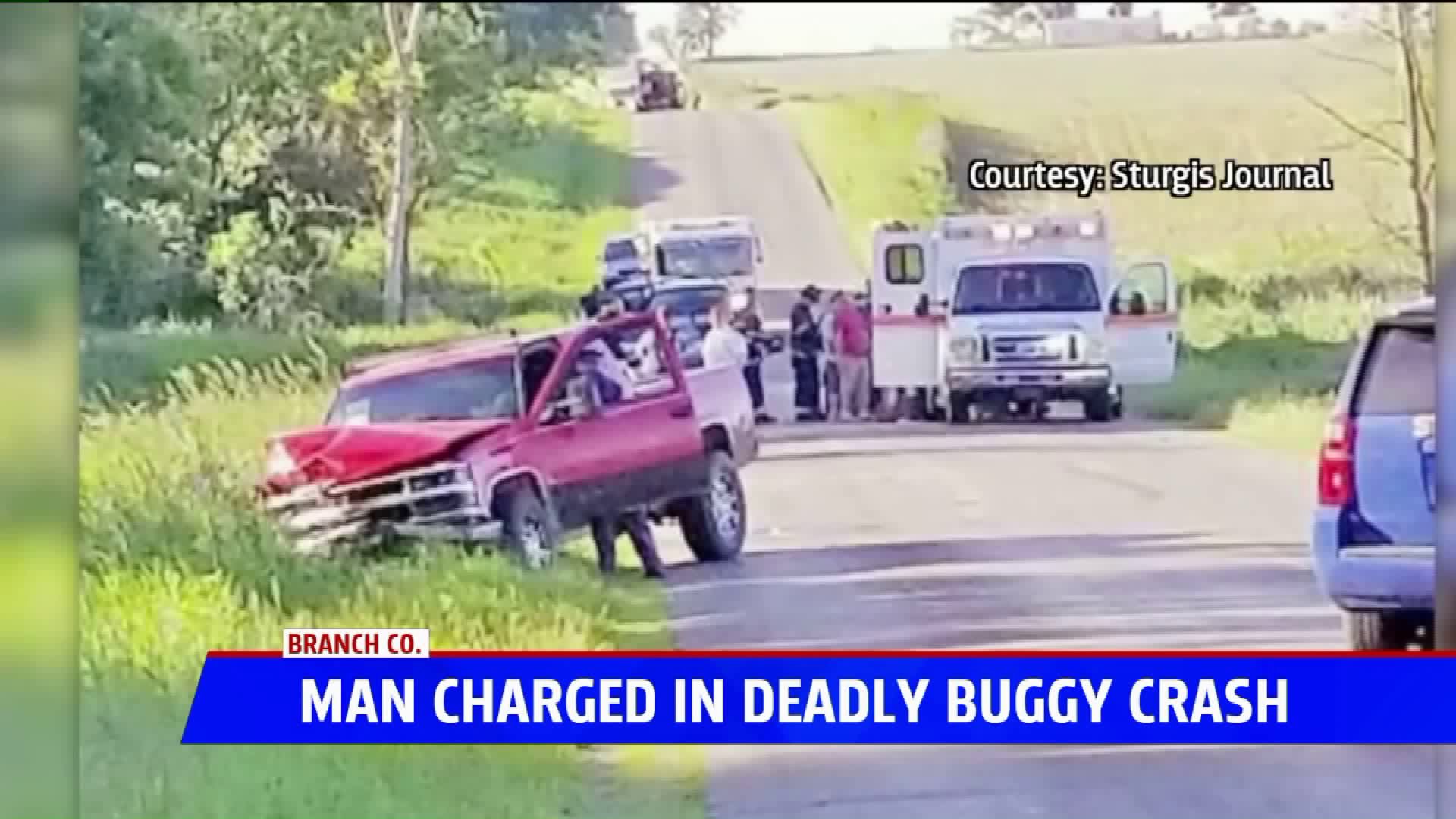 ALGANSEE TOWNSHIP, Mich. (AP) — A third child who was in an Amish horse-drawn carriage that was struck by an alleged drunken driver in southern Michigan has died, authorities said Sunday.

"First of all our thoughts at the MSP are with the family of course and the whole Amish Community," said Sgt. Seth Reed during an interview at the Marshall Post. "Also with the first responders and the investigators at this scene, many of whom have children or grandchildren of the same age."

Sgt. Reed said two children, ages 6 and 2, died at the scene of Friday evening's crash. A 4-year-old later died at a hospital, and another young child and a the mother who were in the carriage remained hospitalized with serious injuries.

"In this case our evidence shows that the operator of the buggy was off of the paved portion of the roadway, like he was supposed to be," Sgt. Reed said. "Unfortunately the driver of the pick-up left the roadway and struck the buggy while it was on the shoulder."

The crash happened in Branch County's Algansee Township, near Michigan's borders with Indiana and Ohio in an area with numerous Amish communities.

"This isn’t like a freeway where it’s a limited access freeway where only motorized vehicles are allowed. This is a rural two-lane roadway," Sgt. Reed said. "They would be no different than a bicyclist or a jogger going down the road. They do have the right to be in that area."

Frye was arraigned Saturday and was being held at the Branch County Jail on a $500,000 bond. Jail records didn't list an attorney for him.

Sgt. Reed hopes that this crash will serve as a reminder for all drivers to slow down, be aware of your surroundings and refrain from drinking and driving.

"All crashes involving fatalities are horrible," Sgt. Reed said. "But this one is even more difficult to deal with for everybody involved."