Man trying to thank police officers in all 50 states 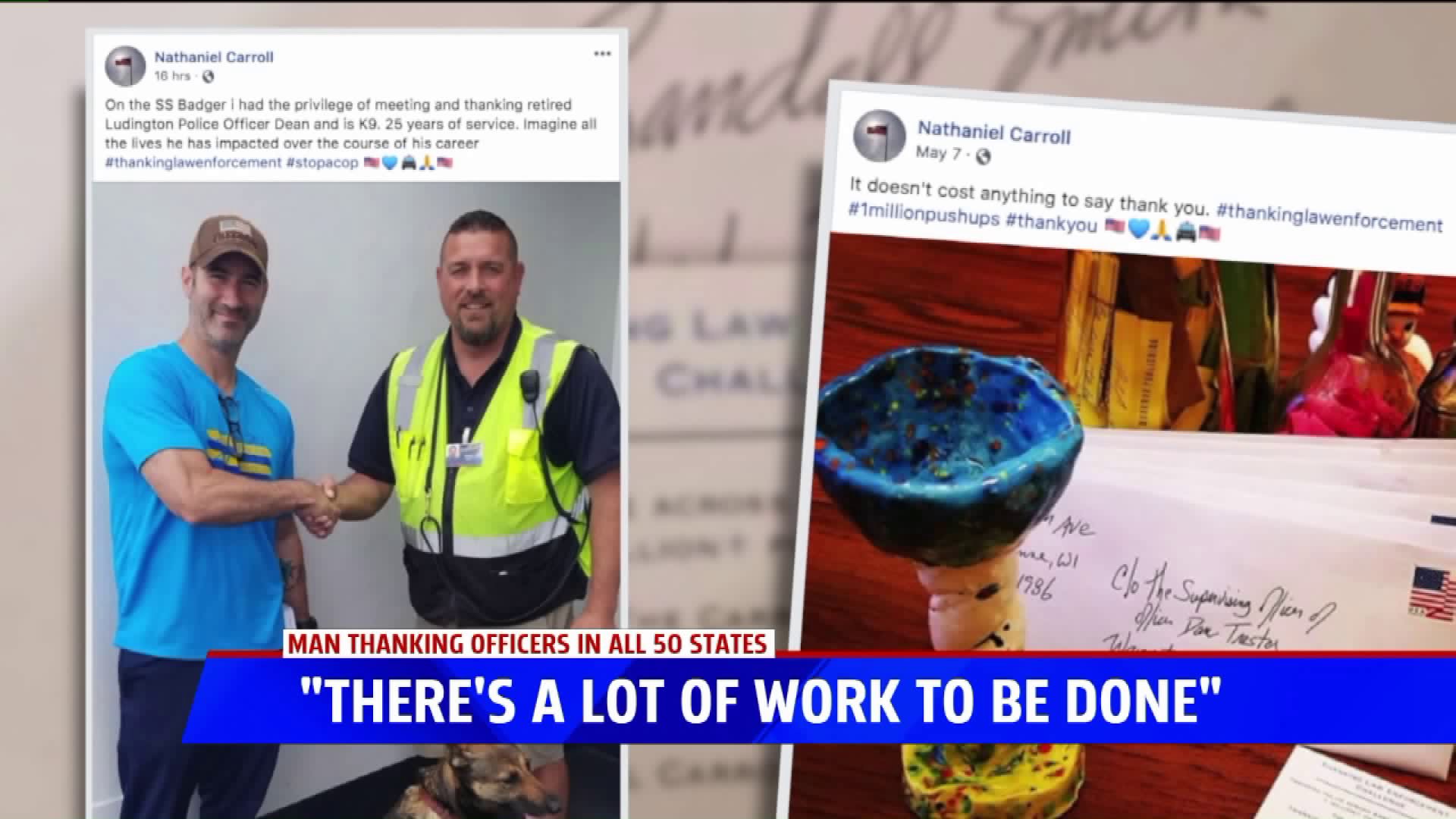 GRAND RAPIDS, Mich. -- A man, along with his children, is attempting to thank police officers for their service in all 50 states.

Nathaniel Carroll, who lives with his family in Wisconsin, started his 'thanking law enforcement challenge' back in January. Since then he has thanked 329 officers. Most of them he has reached via writing a letter. Others he has had the chance to meet in person.

Ultimately, Nathaniel is hoping to reach officers in every county in the United States.  That would be 3,142 different counties he would need to check off.  So far, his thank you's span 117 counties.

Nathaniel tells FOX 17, “The one thing that we want our message to be is that a thank you costs absolutely nothing. So, if we can encourage people to maybe just stop, say thank you to police officers, that would be appreciated."

In addition to his mission of thanking officers across the country, Nathaniel is also attempting to do 1 million push ups in 2019.  He says it is completely possible if he does about 2,700 a day.  He is so far on target to meet this goal. He says he has recently been doing about 2,800 a day.

"It is hard, it's challenging at times but honestly it's nothing in comparison to what the men and women of law enforcement do every day or potentially can put themselves at risk of every day to protect me," Nathaniel says.