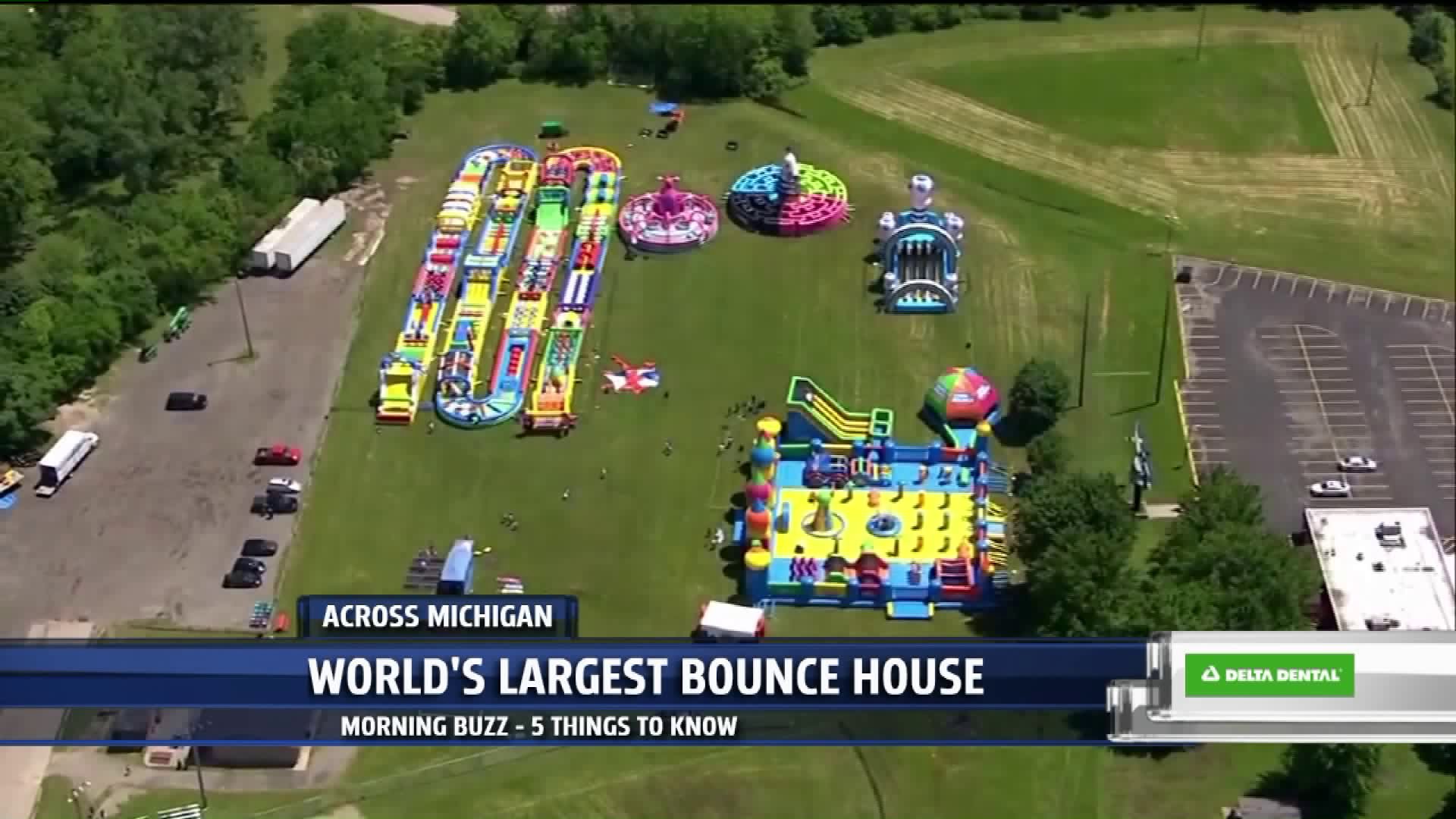 1. He survived not one, but two plane crashes! Austin Hatch went on to play basketball for the University of Michigan and is set to speak at the Big Brothers Big Sisters 42nd annual benefit dinner Tuesday night.

The benefit, set to get underway just after 5 p.m. at the Radison Plaza Hotel and Suites in Kalamazoo.

The funds generated at the event account for more than 40 percent of Big Brothers Big Sisters annual revenue.

2. The world's largest bounce house is making its way to the mitten this weekend.

The Big Bounce America Tour is in Fraser this week before heading to West Michigan.

The 10,000 square-foot attraction comes with a 900-foot-long obstacle course. The enormous set-up is expected to draw hundreds of kids to the DeltaPlex this Friday through Sunday.

Organizers say there is something for all ages to enjoy. Tickets range from $15 to $20.

3. Macomb Township Firefighter Joe Warne made the nearly 150-mile walk across the state and ended in West Michigan on Sunday.

He left his hometown on June 5 and arrived at his destination on June 9. But why did he make the trip?

He says many of his fellow firefighters are being diagnosed with cancer and he wanted to do something about it, raising awareness and funds for his non-profit Neighbors United, which helps brothers and sisters pay their medical bills. Warne Estimates the walk raised more than $15,000.

4. Michigan is headed to the college world series for the first time in 35 years after eliminating the nation's top program.

Ako Thomas drove in two runs with a single and Tommy Henry pitched seven solid innings to propel the Wolverines to a 402 victory over UCLA on Sunday night in the deciding game of the Los Angeles Super Regional.

It will be the Wolverine's eighth CWS appearance but their first since 1984 when Barry Larkin, who went on to have a long career in the major leagues, was a member of the team. It's also the first time that the Big 10 has had a team advance to the World Series since Indiana in 2013.

5. Getting groceries delivered is one thing, but having them put into the fridge for you is another! Walmart wants to help you keep your fridge stocked by offering an in-home delivery service to bring groceries right to your fridge.

In a test run starting this fall, employees will not only do your food shopping for you, but they'll stock your shelves as well.

Customers will place the order online, then a worker will grab the groceries, enter your home using smart access technology, and unload them into the fridge.

The company says the delivery workers will be properly vetted and will wear body cameras to help you feel secure.