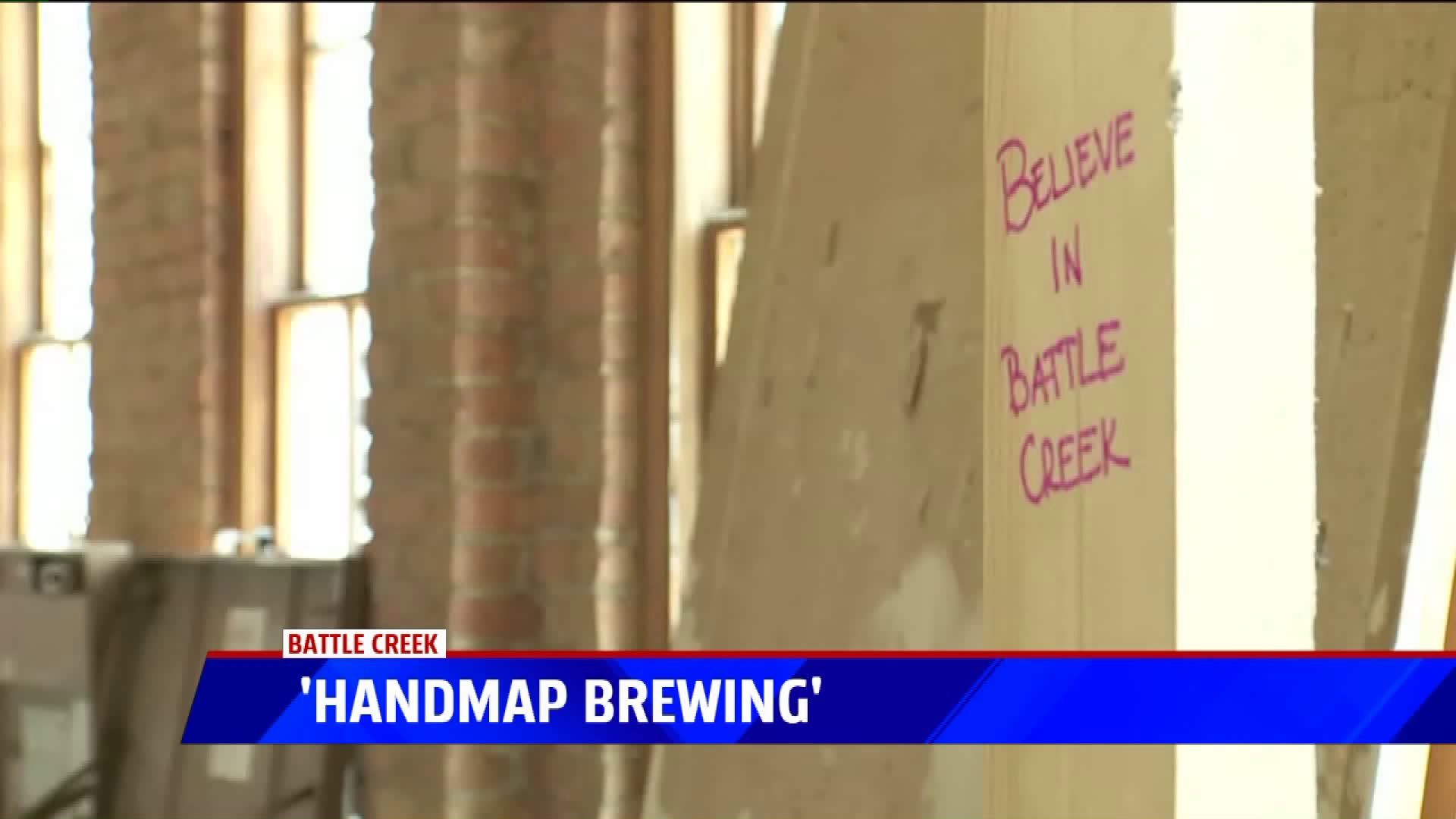 BATTLE CREEK, Mich. — Jennifer Brown and Chris  McCleary have always dreamed of opening a brewery. However, they never had a name. Then one day a few years ago in Chicago, a friend’s dad asked them where they were from in Michigan. So they both raised their hands.

“We pulled out the hand map and pointed to Battle Creek,” Brown said with her hand in the air. “We’d been trying to think of a name and we looked at each other and we were like ‘that’s, that’s it.’”

That night, Handmap Brewing was born and on Tuesday they found a home in their hometown.

BC Unlimited awarded Handmap $200,000 to jumpstart their business, he said. It’s a part of longterm goal to bring more revenue and commerce into the downtown area.

“We knew we wanted a brewery for the space,” said Caitlynn Newman, co-founder of Restore 269, a building redevelopment company. “It’d be a great asset and fill a void in our community and it would also compliment the other businesses going into the space.”

Newman  said she and her husband Cody own the building where Handmap will be located. They bought the 117-year-old building last year. They’ve since gutted it out to create office space and a multi-purpose room for weddings and other events.

“Coming from Chicago, this is everything we could’ve expected right here,” said McClearly who worked for Goose Island Beer Company for a few years. “It’s just a cool building. That’s what it comes down to and it should be used for something cool.”

McClearly said they’re going to offer six to eight beers when they open in September. Eventually that list will grow and will include some seasonal beers too. For now they’re going to continue to renovate it until it's ready to go.

“We want to build a place where people are comfortable, from people who are craft beer enthusiasts to people who have never been to a brewery,” Brown said. “Chris will find something that you’ll be able to drink. He makes good beer.”