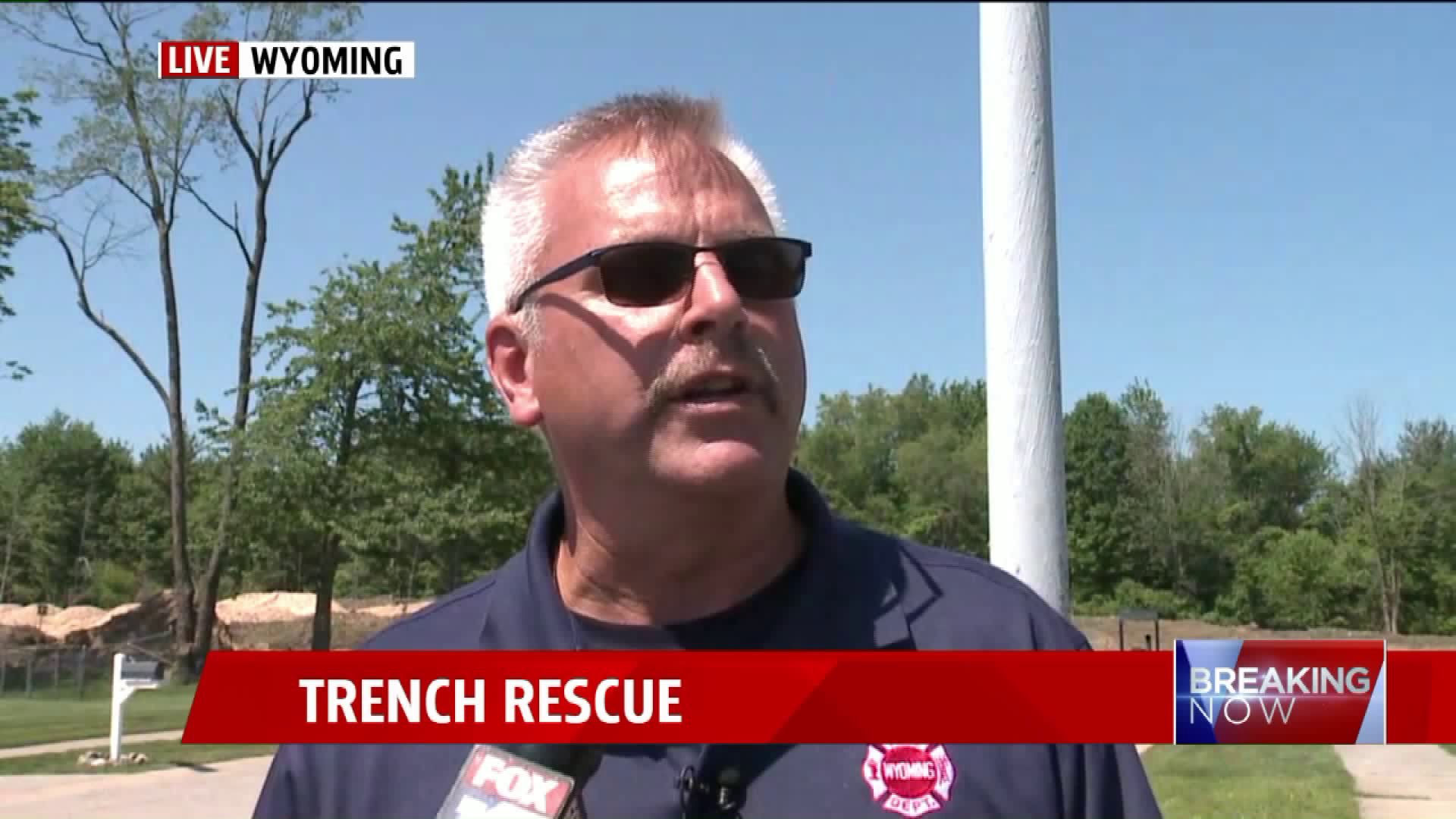 WYOMING, Mich. - Crews responded Tuesday morning to the scene of a trench collapse in Wyoming.

Wyoming and Grand Rapids crews were called to the 5300 block of Mulligan Drive SW around 11 a.m. Tuesday. The scene was off of 52nd Street between Clyde Park and Burlingame.

Chief Brian Bennett tells FOX 17 a construction crew was installing new sewer lines when the collapse occurred. The crews were working in a steel safety box when the sides of the trench collapsed.

"So they have a cave-in, it falls, the majority of it falls against the box, but, they have some large chunks of clay that come down and trap him from just above the waist down," Chief Bennett says.

In terms of a cause, Chief Bennett says the collapse could have been weather related. The ground is currently highly saturated.

MIOSHA will be investigating the scene.