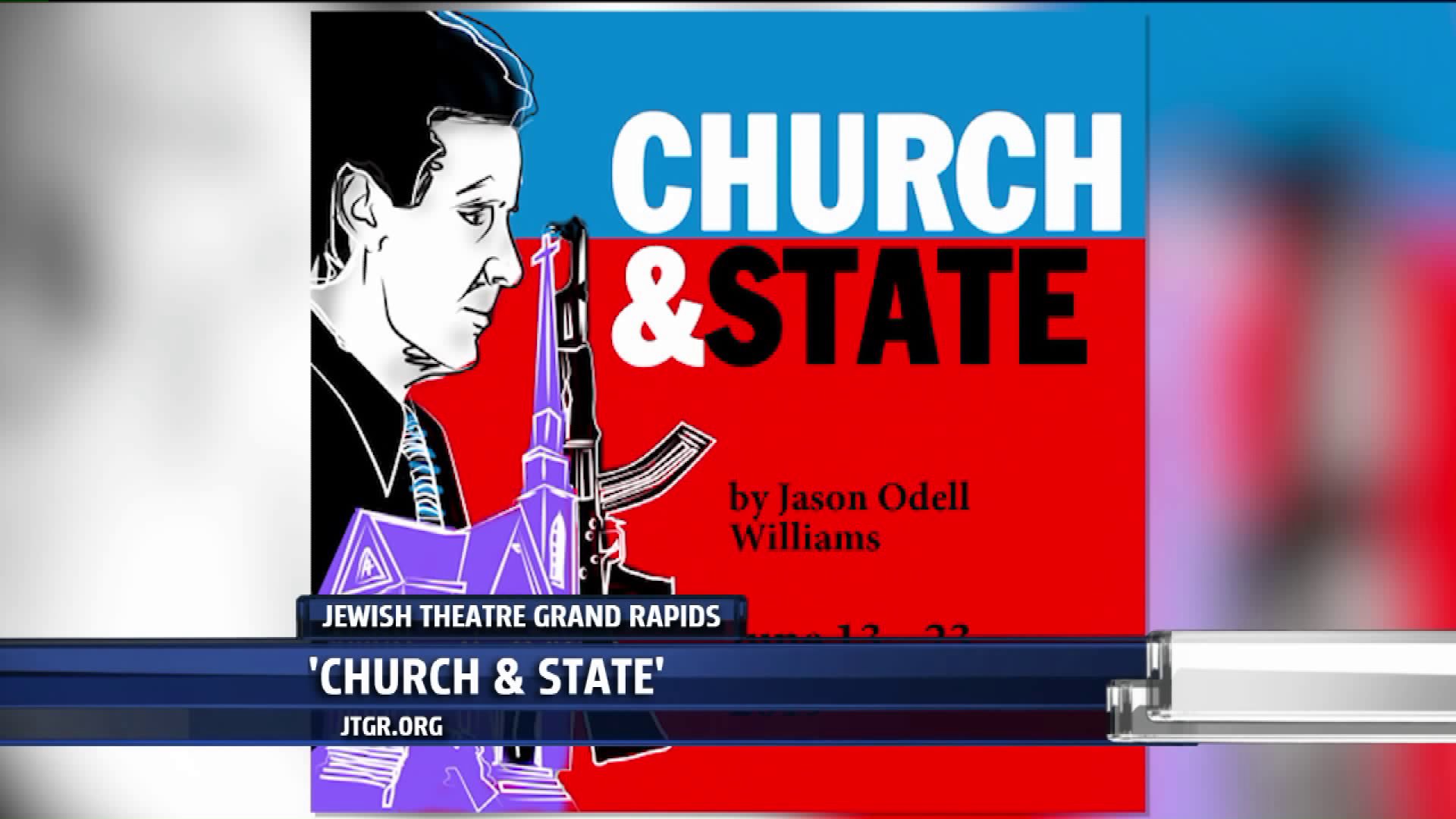 "Church & State" is a play with a plot dealing with a mass shooting at a school and a long-time Republican Senator's reaction. Three days before his bid for reelection, in the wake of a school shooting in his hometown of Raleigh, North Carolina, a Republican U.S. senator makes an off-the-cuff comment to a blogger that gets leaked on “the Twitter,” calling into question the senator’s stance on guns and God. As his devoutly Christian wife and liberal Jewish campaign manager try to contain the damage, this look at how religion influences politics and how politics has become a religion is simultaneously funny, heartbreaking, and uplifting.

The play will be performed at GRCC Spectrum Theatre on the following dates: