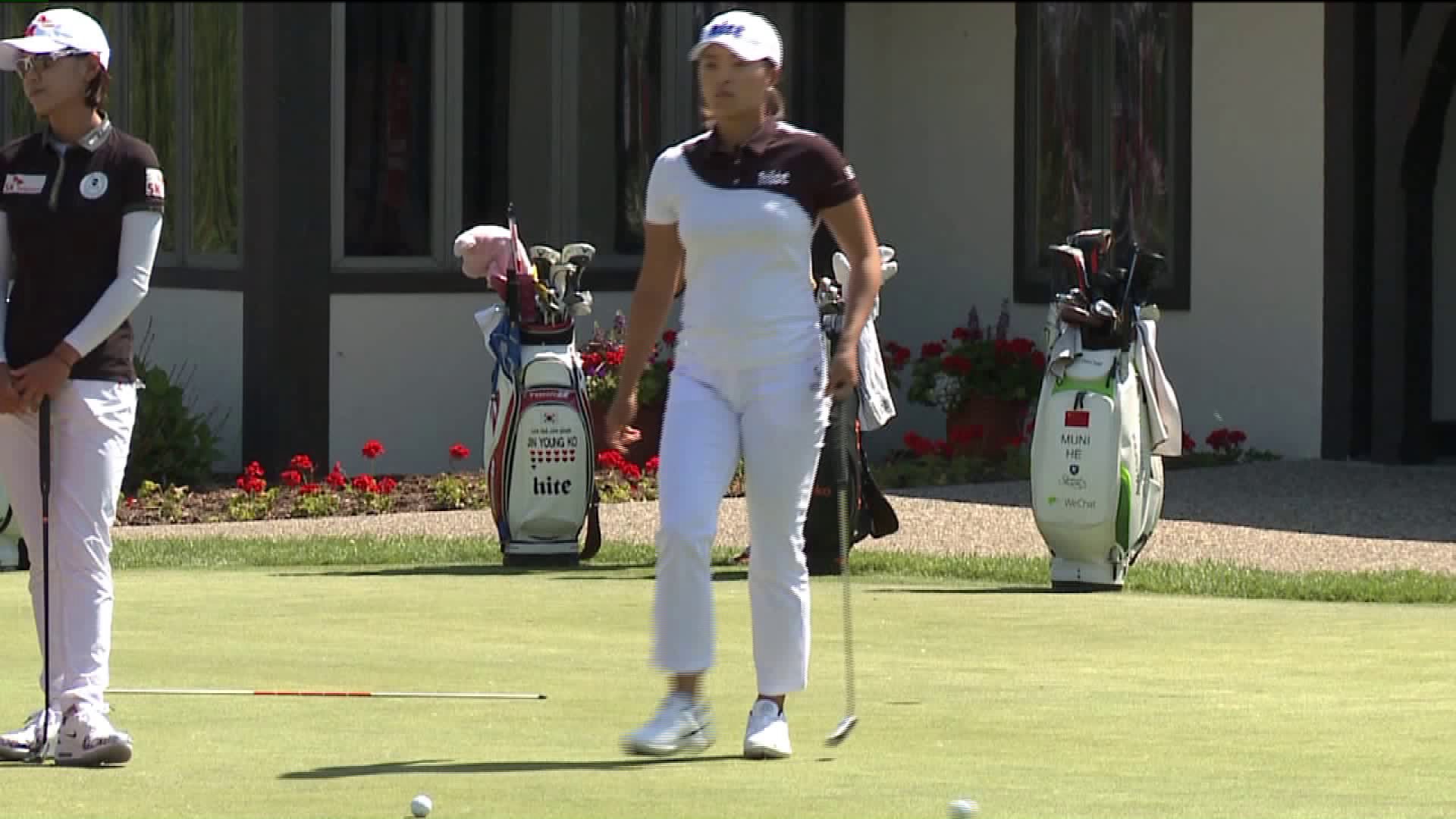 GRAND RAPIDS, Mich. -- Another great field has assembled at Blyethfield Country Club for the 2019 Meijer LPGA Classic, and that includes world No. 1 Jin Young Ko.

Ko is in just her second full season on the LPGA tour and says that not too much has changed for her since earning the top spot.

"First tee volunteers say, 'You're No. 1 world ranking," Ko said when asked what is different since being No. 1 . "I try same feeling on the course just different is the comment."

Ko has six top 10 finishes in 10 starts this season, she has not missed a cut. She won a major --the ANA Inspiration back in April -- which lifted her to world No. 1 .

She finished tied for 13th at the Meijer LPGA Classic last year, getting better by a stroke every day, finishing with a five-under-par 67 on Sunday.

While Tuesday was a beautiful day in Grand Rapids this week, the rest of the week does not look so promising. Thursday's forecast calls for showers and temperatures in the low 60s, but Ko is prepared. "I don't like cold weather playing golf, so I bought a warm jacket yesterday at Dick's," Ko said with a laugh. "So it will be fine."