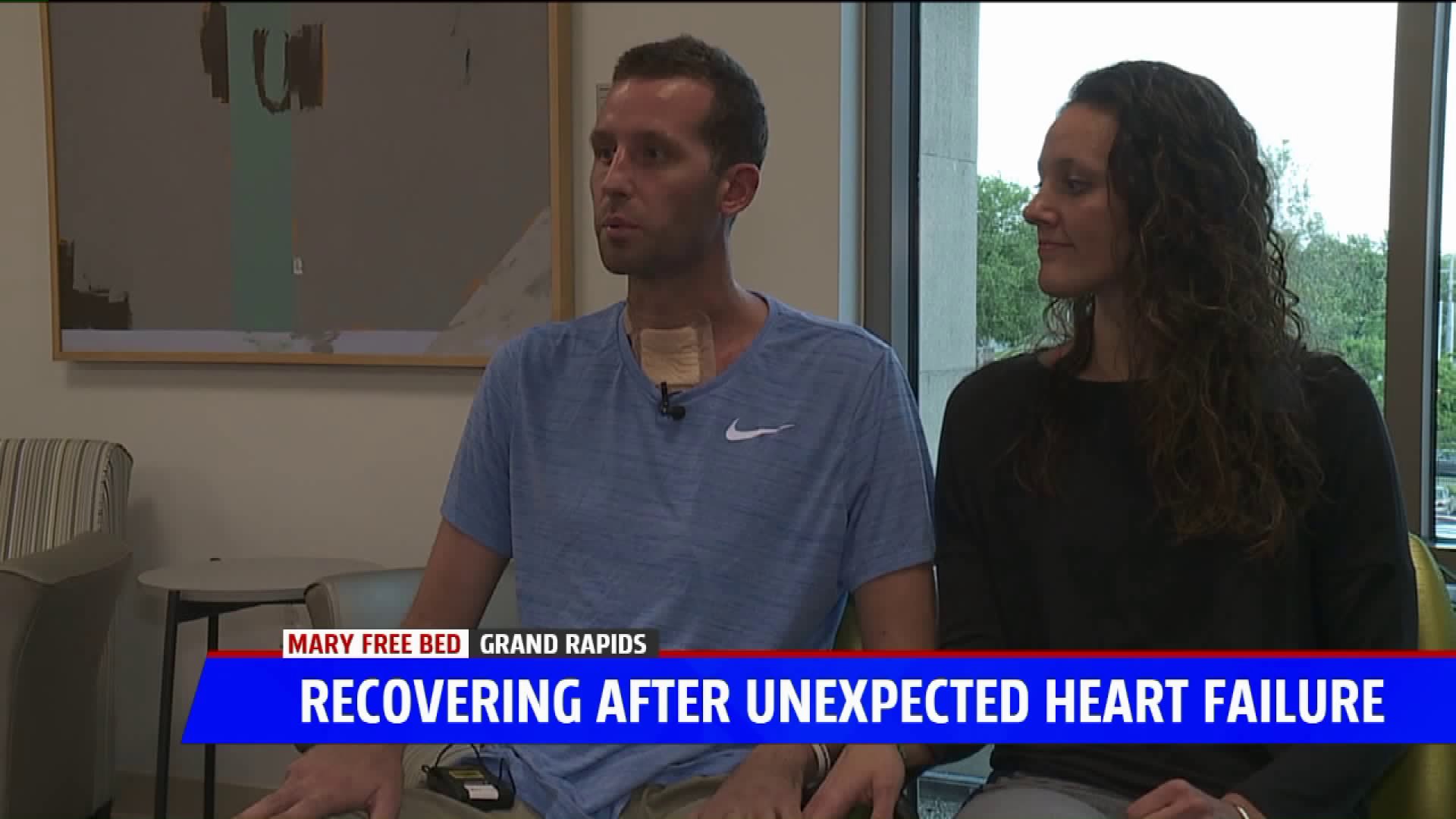 Danny Rodts called his wife in April and told her he had chest pain. On the way to the hospital, Rodts’ heart gave out.

His wife Julie, who is an emergency room nurse, performed chest compressions for six minutes before an officer arrived with an automated external defibrillator. Two shocks later, his heart was beating again.

The exact cause of his heart attack is still unknown.

“I think that’s one of the things that’s kind of frustrating. That’s not the thing that’s expected. Typically, you eat healthy, you exercise, you’re going to be in pretty good health,” he said. “Something like this happens, and it throws you off a bit, but you know, just an unfortunate event,

The heart attack was only the beginning — his lungs gave out at Munson Medical Center in Traverse City. At that point, he was transferred to Spectrum Health in Grand Rapids, where he spent 23 days on an ECMO machine.

He went off the ECMO, which oxygenates the blood for the lungs, almost two weeks ago and is almost finished with his recovery at Mary Free Bed.

“Us meeting, God had a plan for that, and he’s got a plan for this happening," Danny Rodts said. "It’s just part of your life. It’s a challenge, it’s a bump. But there’s the other side of how you climb that mountain and keep moving forward."